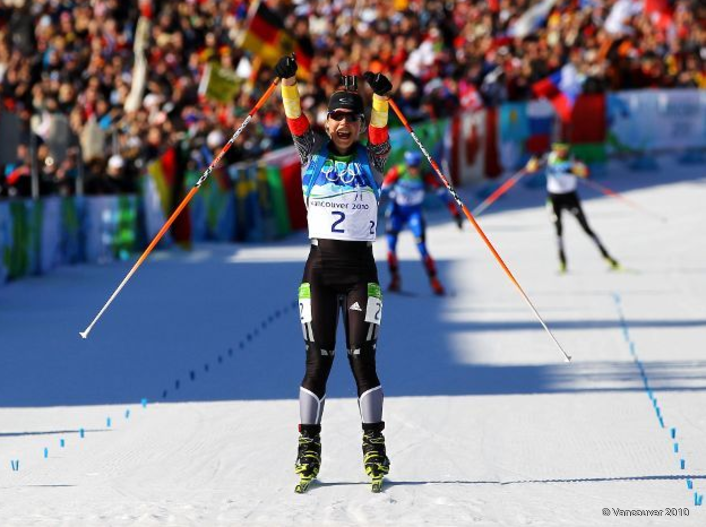 Neuner wins second Gold
Germany's Magdalena Neuner earned her second biathlon gold of the Olympic Winter Games on Sunday when she won the 12.5km mass start as Sweden's World Cup leader Helena Jonsson suffered another flop. In additon to the 23 cameras on the track an Antelope UltraMotion Camera recorded the flying bullet onto the target.

To have three medals is unbelievable 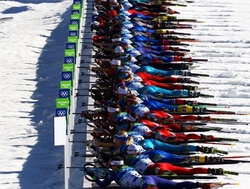 This was 23-year-old Neuner's third medal of the Games after she claimed gold in the 10km pursuit and silver on her Olympic debut in the 7.5km sprint.

She won in 35min 19.6sec at Whistler Olympic Park with Russia's Olga Zaitseva at 5.5sec back while Germany's Simone Hauswald grabbed bronze, at 7.3sec off the pace.

Jonsson's poor Winter Olympics continued as she finished 10th, nearly a minute behind the winner.

Neuner's mistake on the third shooting range looked to have put the German out of contention, but her rivals also faultered giving her the chance to claim victory.

"It is a surprise for me to have three medals, but I know what I can do and I believe in myself," she said. "To have three medals is unbelievable for me. I need days, maybe even weeks for it to sink in and to enjoy it."

She slowly worked her way up through the field 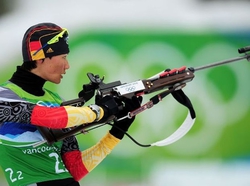 None of the medalists were flawless on the shooting range with Neuner missing a single target on both her first and third visit, but her superior skiing gave her gold. As one of the fastest skiers on the biathlon circuit, Neuner took the lead from the start, but an early single mistake left her 17th as she slowly worked her way up through the field. She made a devastating move for her second gold immediately after the last trip to the range and flew past the Russian to open a sizeable gap which was never going to be bridged.

It left Zaitseva to battle Hauswald for silver and the Russian held on to break up the German domination. "I was drained on the last lap, Neuner was way up there and I couldn't keep up with her," said Zaitseva. "I took a breather before I attacked, I gave it 100 percent and was delighted with the result. I won an Olympic medal today, regardless of whether it is bronze, silver or gold. They are hard earned, they don't come along very often and I am proud of it."

And for Hauswald, this was her first Olympic medal after silver and bronze medals in previous world championships. "I am overwhelmed, it is a dream come true, I have worked hard over the years and I am thankful for winning a medal," she said. "I thought it was my day as soon as I woke up in the morning, I am so happy to have won an Olympic medal."

For the first time the shootings of some of the athlets were recorded in UltraMotion with an Antelope camera with 1.500 frames/second. This speed made it possible to see the flying bullet on its way towards the target. 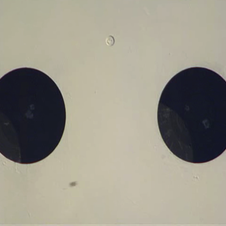 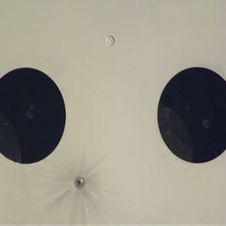 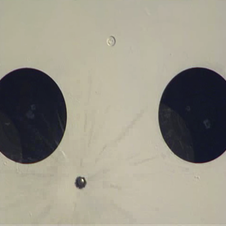 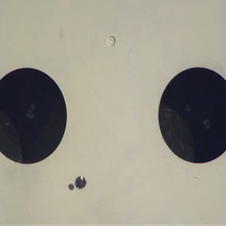 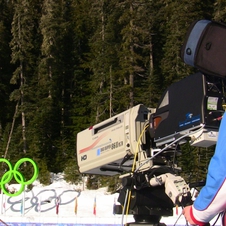