Beijing 2022 off to a very strong start 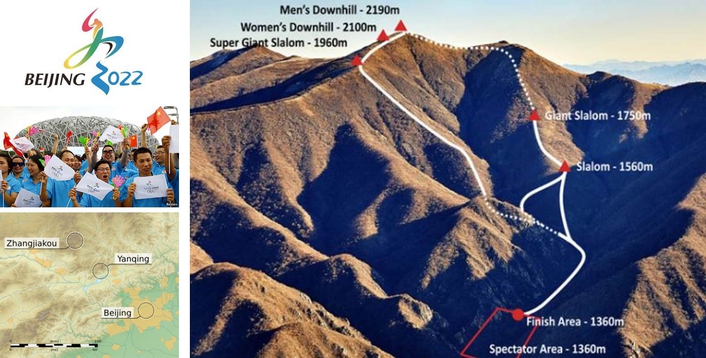 The International Olympic Committee's (IOC) Coordination Commission concluded its first visit Wednesday with praise for the future host's adherence to the vision presented during the candidature phase.

"Beijing 2022's vision of creating a world-class winter sports centre in a region of 300 million people is becoming a reality," Commission Chair Alexander Zhukov said. "It is a formidable opportunity to have such excellent facilities for skiing and other snow sports so close to a major city."

The Coordination Commission members took gondolas to the top snow sports venue cluster in Zhangjiakou after earlier visits to venues for Alpine and Nordic skiing in Yanqing. Their three-day visit (10-12 October) began with a tour of the ice venues in Beijing.

The Commission also visited Beijing 2022's new headquarters in a converted steel plant on the western edge of the city, and held discussions with the Organising Committee focused on five main topics: governance; sport; venues and infrastructure; commercial; and communications and engagement. 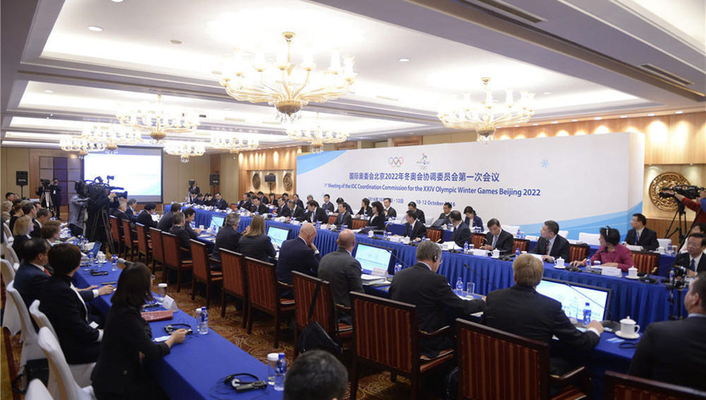 "We are pleased with what we have learned. Beijing 2022 is off to a fast start. Initial preparations are well on track," IOC Vice-President Juan Antonio Samaranch said at a closing news conference with Beijing 2022 Executive Vice-President Zhang Jiandong. Vice-President Samaranch substituted for Commission Chair Zhukov, who had to return to Russia early for other pressing business.

In his closing comments, Vice-President Zhang said, "During the meetings and inspections, the Coordination Commission and Beijing 2022 held in-depth and effective discussions and reached consensus on a wide range of aspects, and further defined the directions and priorities for the Games preparation. We have achieved fruitful results."

In keeping with the guidance provided by the IOC's Olympic Agenda 2020, the Beijing 2022 Games concept is closely aligned with long-term development goals for Beijing and neighbouring Hebei Province. The Games, which will take advantage of a planned high-speed rail link between the city and the mountains, are designed to expand participation in winter sports and create a new Sport, Culture and Tourism Belt in northern China.

"Our site visits in Zhangjiakou and Yanqing confirmed that Beijing 2022 remains fully committed to the legacy goal of developing world-class winter sports facilities. Their success will accelerate growing participation in winter sports among the 300 million people in this region and throughout China,"Vice-President Samaranch said.

Review Sochi 2014: Broadcasting the Magic of the Games Across the World
The Broadcasting of the Vancouver Olympics
PyeongChang 2018 on course for winter test events