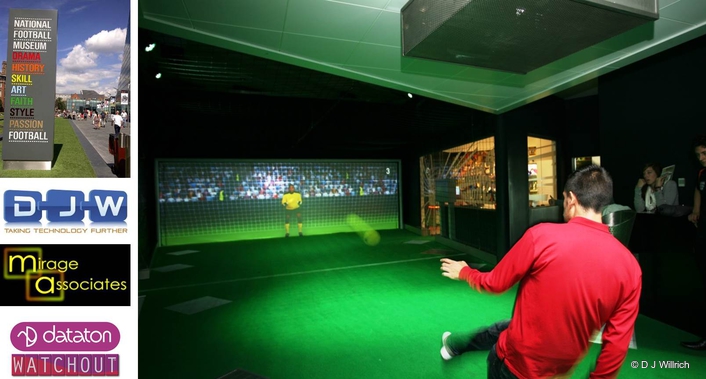 WATCHOUT engages audiences at the National Football Museum
The National Football Museum in Manchester, UK reopened in July 2012 and exists to explain how and why football has become ‘the people’s game’, a key part of England’s heritage and way of life. Since its opening and vital to how the museum engages in storytelling, expert systems integrator D J Willrich (DJW) has deployed Dataton WATCHOUT™ multi-image display and presentation software to manage a variety of content across LCD displays in the Milestones gallery and in ‘Our Beautiful Game’, a 15.9 meter panoramic and immersive theatre. Mirage Associates, Dataton Premium Partner, UK and Ireland provided project support to DJW during the installation phases.

DJW was contracted to design, integrate, commission and programme the audio visual system, including full lighting design, as well as all of the exhibition electrical and audio visual cabling. Centre Screen Productions created all multimedia content for the project.

In explaining the client brief for multi-image display, David Willrich at DJW says: “The National Football museum wanted a fully interactive experience to give visitors a feel for what it’s like to be one of the superstars of football – from the pressure of scoring a penalty to the exhilaration of lifting the winners’ cup.”

WATCHOUT is used in the Milestones galleries showing football milestones on various LCD screens and which is buzzing with light and sound.

“Our Beautiful Game", an immersive film capturing one month in the life of English football,” says Paul Kucharski, director at Centre Screen Productions. Here, WATCHOUT is used to map and edge blend content and projected images in a special theatre with a 15.9 metre curved screen showing the diversity of football. 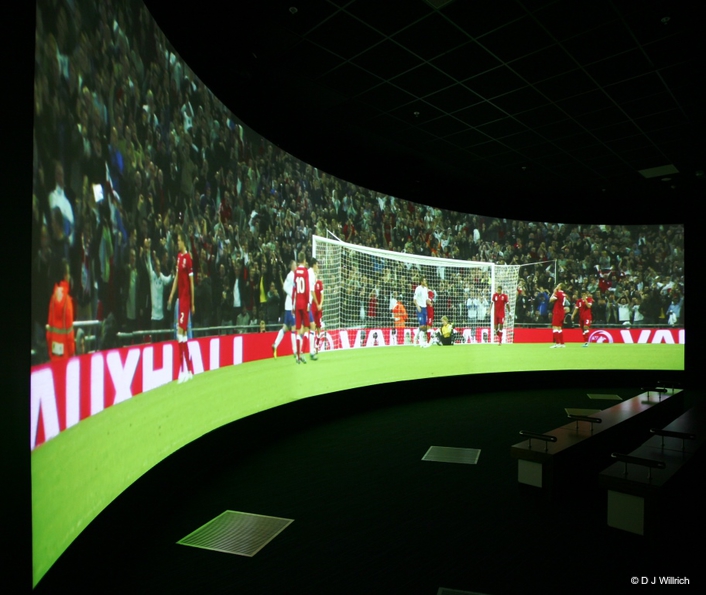 “In these areas, WATCHOUT enables the film to be blended across a wide screen and helps the film portray the beautiful game in a powerful and striking way,” adds David Willrich.

Lars Sandlund, chief operating officer at Dataton adds: “Our technology has once again been deployed by DJW to engage and immerse audiences alongside a world-class home for the greatest collection of football memorabilia ever assembled.”

The National Football Museum was shortlisted for the Consumer Installation and AV/IT Project of the Year categories in the 15th AV Awards 2013 programme.