The ball is rolling 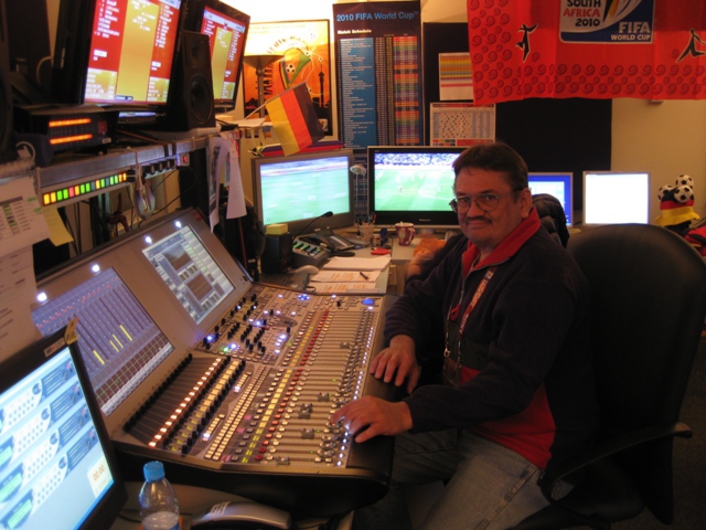 During the football tournament in South Africa, German broadcaster Südwestrundfunk (SWR) is acting in the name of ARD, the nationwide German radio and TV network, as customer of the World Cup’s host broadcaster, Swiss Host Broadcast Services (HBS). This means SWR is responsible for all organisational, technical and logistical matters for ARD.

In turn, HBS is responsible for the entire technical infrastructure used for the production of international video and audio feeds of the world championship. ARD’s TV and radio audio feeds are both produced using Lawo consoles and routers.

For ARD’s radio studio control room, SWR rented a total of seven Lawo crystal consoles plus a mc²56 console from Audio Broadcast Services (ABS). Most of the equipment in question had already seen action at the 2010 Vancouver Olympics. “The cooperation with our colleagues from ABS covers far more than just the rental business. For the system integration, for example, we needed to cooperate very closely”, explains Gerhard Rieber, head of technology for ARD radio in South Africa. Technical preparations for South Africa were very similar to the planning and implementation of the Vancouver Winter Games broadcasts.

Notwithstanding the material produced by SWR, including live recordings and self-recorded sound bites, both of which are edited within the mobile production network, saved and sent to Germany via audio file transfer, HBS sends all relevant feeds from the stadiums to SWR’s HD Core via ARD’s and ZDF’s master control room (MCR) using a MADI link. Again via MADI, SWR then distributes these feeds to the various other studios.