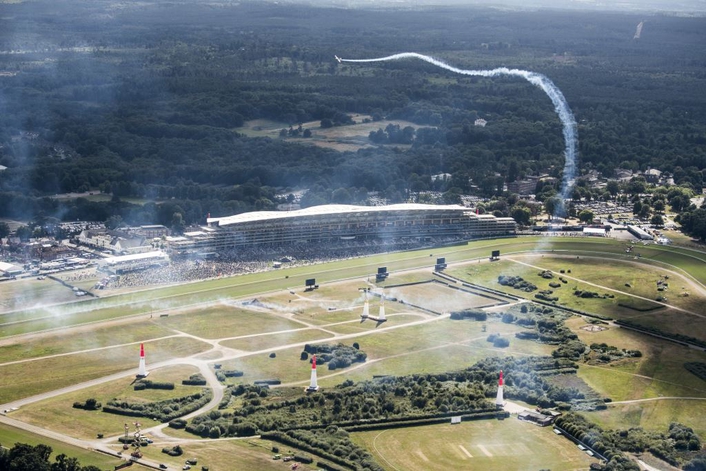 Australia’s Matt Hall just topped overall leader Matthias Dolderer of Germany for the win at Sunday’s Red Bull Air Race in Ascot, UK, proving that there’s still everything to play for with three races left in the season. Finishing third, Austria’s Hannes Arch is still firmly in the mix.

The thrills were nonstop when the second half of the Red Bull Air Race World Championship season took off at Ascot Racecourse in the UK on Sunday, as pylons and track records fell in a desperate drive to stop the momentum of overall leader Matthias Dolderer of Germany. In the Final 4, it was Matt Hall of Australia seizing the win with a time of 1:03.426, while Dolderer was second with 1:04.887. Hannes Arch of Austria took third. 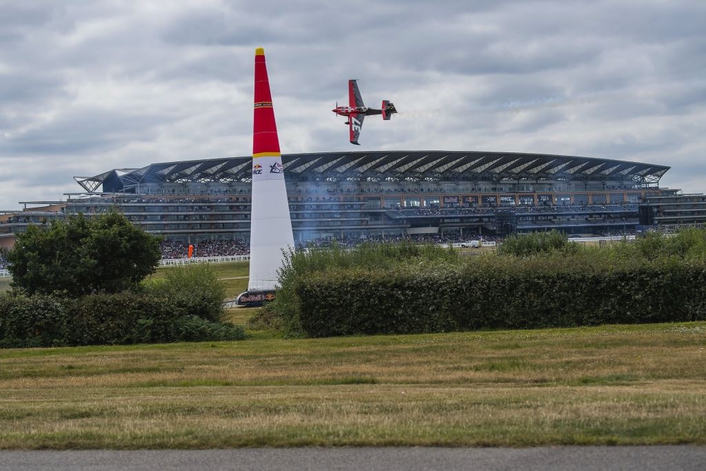 Britain’s knowledgeable racing fans were on their feet at the legendary horseracing track from the opening Round of 14, as pilot after pilot pushed to the limit – including the UK’s own Nigel Lamb in his final home race. Dolderer set a stunning new track record of 1:03.266 in the Round of 8, but he flew more conservatively as the last to go in the Final 4, after Arch and the United States’ Michael Goulian had both earned “DNF” (“Did Not Finish”) penalties for slight rule infractions in the push to excel. Hall, meanwhile, showed no sign of the back injury that had limited his results earlier in the season, delivering a flawless performance as the first to go in that critical final round. 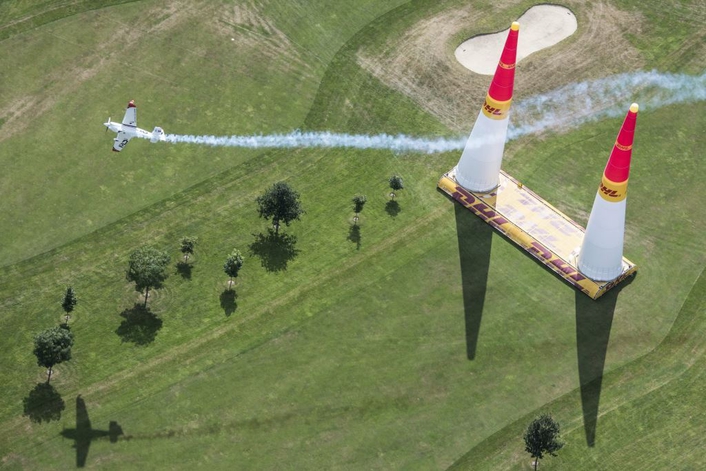 As a result, Hall – who finished second overall last season – kept his World Championship podium hopes alive, bounding from seventh to third in the overall standings with 33.75 points, while Dolderer’s result enabled him to extend his lead. The German’s tally stands at 53.25 points to the 35 points of his nearest rival, the 2008 World Champion Arch. Now, the stop coming up on 3-4 September – Dolderer’s home race at the Lausitzring – promises to be a free-for-all. 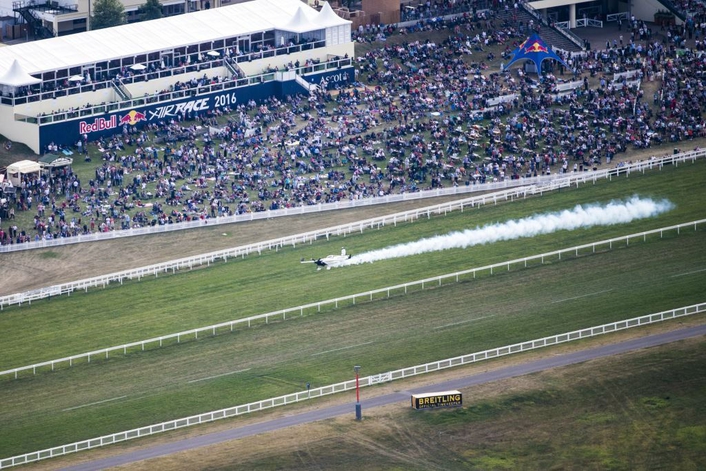 “I feel brilliant. I wasn’t sure how I was going to be received as the Aussie winning on British soil, but the standing ovation from tens of thousands of people as I got out of the raceplane – these are life memories,” Hall said. “We’re in a hard position. I can get enough points to beat Matthias, but it depends on what he does. If win the next three races, there’s another 45 points we put on and we’ll see what happens.“

In Saturday’s action, American pilot Kevin Coleman earned his career-first win in the Challenger Class, ahead of a US homecoming when the Red Bull Air Race debuts at legendary Indianapolis Motor Speedway in October. 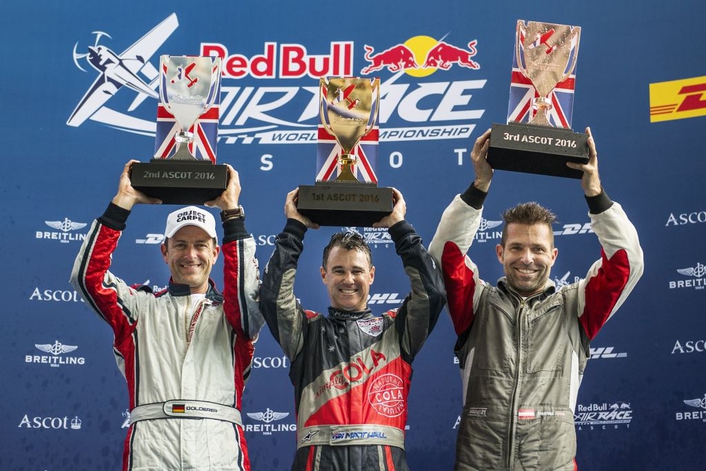