Spectators at the third consecutive Red Bull Air Race in Ascot will witness sporting history: the last home stop for a beloved world champion pilot, the UK racing debut of a new Briton on the rise – and the crowning of a first-time Ascot winner

As the Red Bull Air Race World Championship returns to Ascot Racecourse for the third consecutive year on 13-14 August, the outcome is uncertain, but one thing is clear: whoever stands on the top of the podium at the legendary track will be doing so for the first time. With the retirement of Britain’s own two-time Ascot winner and three-time world champion Paul Bonhomme, the race for the title is wide open this year. A confident German, a charging Austrian and 12 more elite pilots will be eager to enter the ranks of winners at the historic racecourse – none more than another British hero, Nigel Lamb.

With Ascot in the air, the race teams have intensified their preparations. The fifth race of 2016 begins the second half of the season, and for Germany’s Matthias Dolderer at the top of the leaderboard, it’s an opportunity to shore up his advantage of 15.25 points over 2008 world champion Hannes Arch of Austria. Galloping just a nose (0.75 of a point) behind Arch is another world champion, the two-time titleholder Kirby Chambliss. Not one of the three pilots at the top of the standings has ever stood on the Ascot podium. 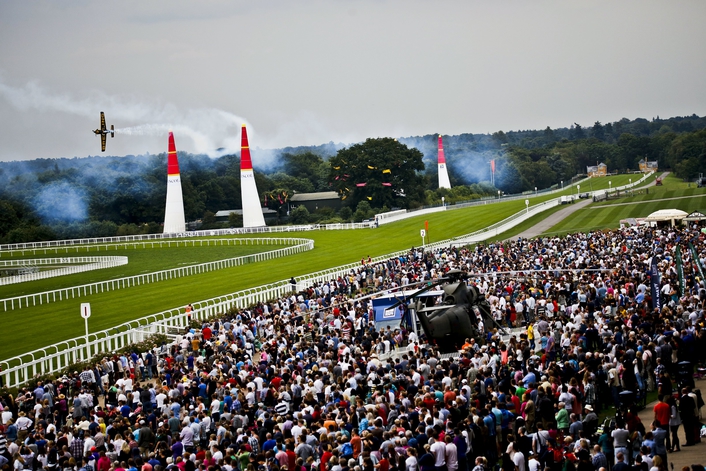 Nigel Lamb has. At the Red Bull Air Race debut at Ascot in 2014, Lamb claimed second place, making it a one-two sweep with Bonhomme to the delight of the home crowd, and he went on to clinch a world championship for himself. While Lamb has announced that he’ll be retiring at the end of this season, the Breitling Racing Team pilot is still running flat out and has earned one 2016 podium already. He makes no secret of his ambition to win at Ascot before he hangs up his racing gloves. 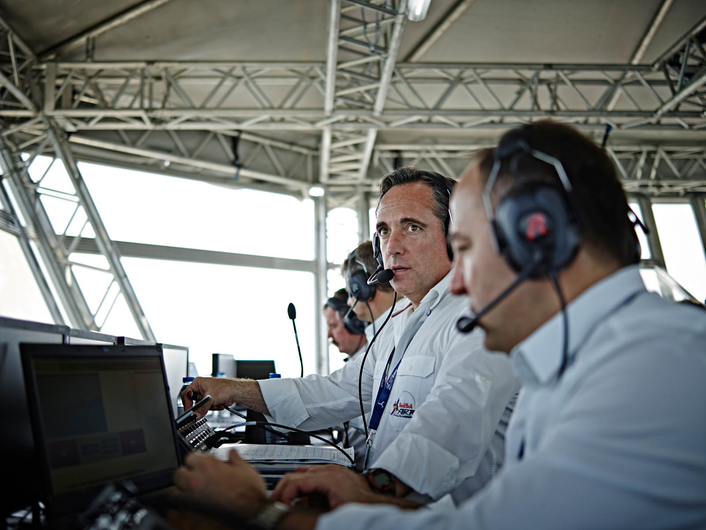 “What a wonderful season Matthias Dolderer is having, though thankfully, he’s still beatable” Lamb said with a good-natured smile. “I love over-land tracks and Ascot has it all; the history of the venue, the intimate setting with the crowd; trees, water and pylons all flashing past at 90 m/sec . . . the sensation of speed is fantastic and it goes without saying that the British fans are second to none. The pressure’s on for a home win, and I’m looking forward to giving it my all to be on the top step of the podium! 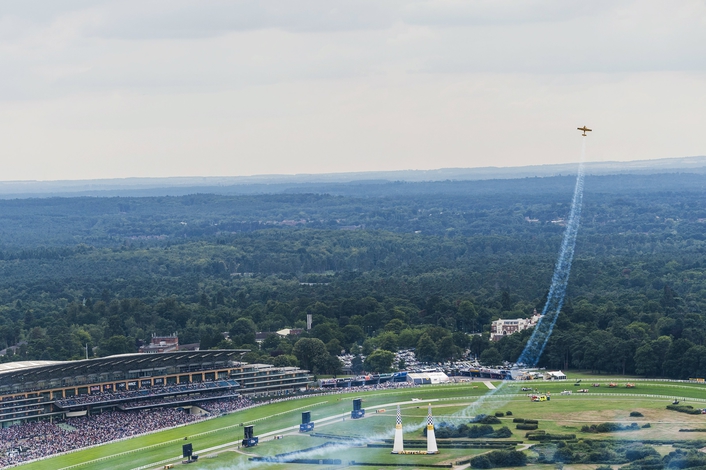 The Union Jack will also be waving for Ben Murphy, a former Team Leader of the famed Royal Air Force Aerobatic team the Red Arrows. As a fresh face in the Challenger Class designed to build the skills of up-and-coming racing pilots, Murphy is hungry to add to the six points he’s already acquired in Challenger Cup competition.

Created in 2003, officially a world championship in 2005, the Red Bull Air Race celebrated its 70th race in July 2016 and is watched by millions of fans. The Red Bull Air Race World Championship features the world’s best race pilots in a pure motorsport competition that combines speed, precision and skill. Using the fastest, most agile, lightweight racing planes, pilots hit speeds of 370kmh while enduring forces of up to 10G as they navigate a low-level slalom track marked by 25-meter-high, air-filled pylons. In 2014, the Challenger Cup was introduced, giving new pilots the chance to develop their low-altitude flying skills. Throughout more than a decade of innovation, one thing has remained the same: the Red Bull Air Race World Championship is the ultimate motorsport series in the sky.