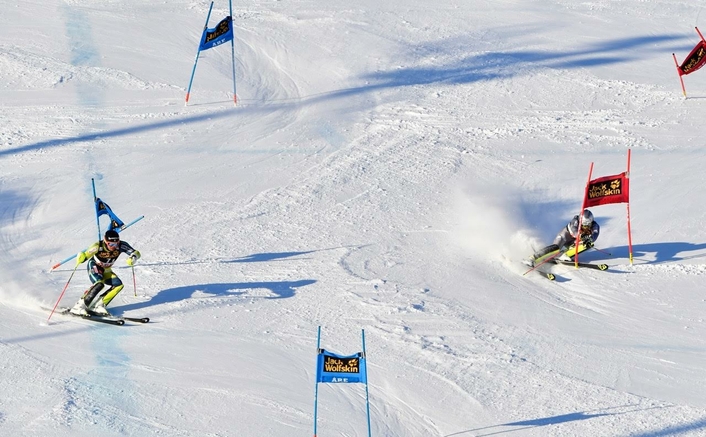 Competitions where the athletes race one on one, man against man, woman against woman, team against team. In alpine skiing, it’s usually a race against the clock with intermediates, time differences and hundreds of seconds. But in the Alpine Team Event, it's a race against your opponent in the parallel track. Nothing more, nothing less.. It's just a matter of being the first to cross the finish line. It’s racing in its purest form.

The team event is given an extra dimension by being, well, a team competition, where it’s the joint performance that ultimately counts. In the team competition the teams race each other in heats, this tends to get the adrenaline flowing in many skiers and teams.The races will be close with loads of action, where the result isn’t decided until the last race has been run. As a spectator, you have an absolutely unique opportunity to experience the entire race from start to finish. You are really close to the riders, you can hear the edges of their skies grasp the snow, see the races lines and actually feel the races through your entire body. 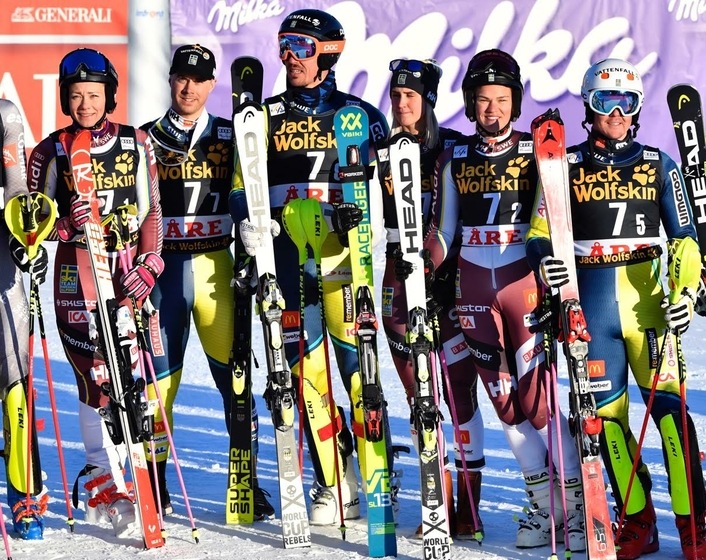 The Swedish Team was one of the Favourites

The Alpine Team Event seems to be a race format that suits the Swedish team especially well, they have won a medal in all World Championship team competitions held so far. It might be your support that makes the difference. So drop what you have for your hands, make your way to the National Arena today at 16.00. Cross your fingers and toes, wave the flag of your choice, let the teams fell your support and cheer for your favorite team. Wouldn’t it be great to have the Swedish team on the podium at Nationalarena today? 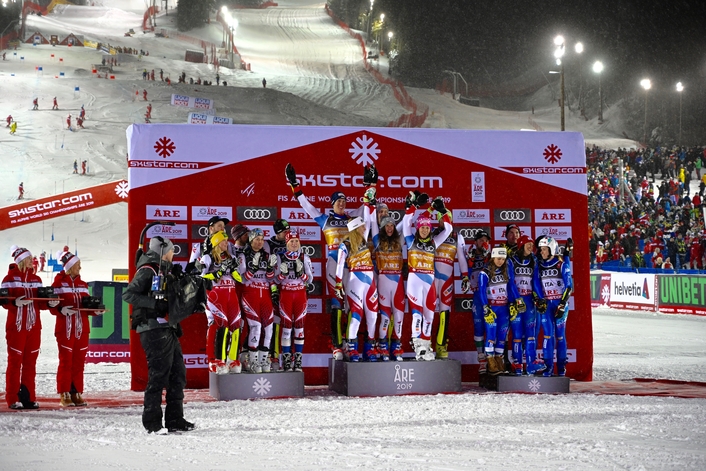 There are still tickets available and don’t forget that your Skistar skipass also serves as your entrance ticket to the races, great isn’t it? And as if that wasn't enough, your ticket to the team event also gives you access to SkiStar Invitational with Ingemar Stenmark, Anja Pärson and Kjetil Andre Aamodt, and many other alpine superstars from the past, at the starting gates. Skistar Invitational starts at 18.00, at Nationalarenan, don’t miss out.

It’s going to be a good day in Åre yet again, you’re more than welcome to join the party!

The Alpine Team Event starts at 16.00 CET and is followed by the Award Ceremony and the SkiStar Invitational event at the National Arena.