Alfacam Will Cover the Final of UEFA EURO 2012 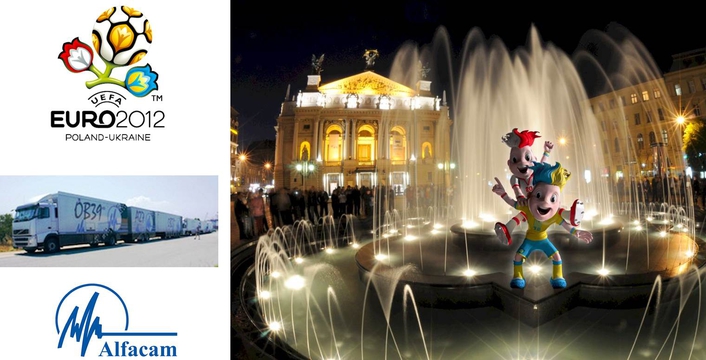 .
The European Football Championship will take place from 8 June to 1 July 2012 in Poland and Ukraine. As the main football competition of the year, the tournament will be broadcasted in more than 200 territories around the world. Alfacam has been chosen by UEFA Productions to facilitate coverage of all the games played in Kyiv and Lviv. As well as 6 “group stage” games, the Belgian company will cover a quarter final and the final of the championship.

The 14th European Football Championship will be organized during 3 weeks in Poland and Ukraine. The 16 best football nations will compete during the prestigious tournament. In total 31 games will be organized in 4 Polish stadiums and 4 Ukrainian stadiums. The European champion will be crowned on the 1st of July in Kyiv. 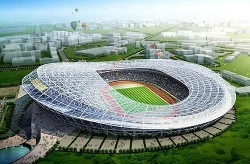 Alfacam, the Belgian company delivering services to TV stations and production houses, will be present during the UEFA EURO 2012. This year UEFA Productions choose again the Belgian company to cover all the games organized in the stadium of Kyiv and Lviv. Alfacam will then be present during 8 games : 6 “group stages” games (3 in Kyiv and 3 in Lviv), a quarter final and the final of the competition (both in Kyiv). The final will be held on 1st of July and followed by a potential of 4 billion people in the world. 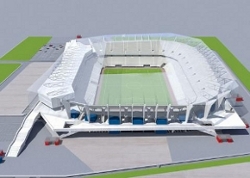 In order to cover all the games in Kyiv and Lviv, Alfacam equipped the stadium with high quality technical facilities. A total of 4 OB vans, 100 cameras and 62 staff members will be used for the production of the games in high definition.

Alfacam is extremely glad that UEFA Productions, the producer of UEFA EURO 2012, continues to demonstrate confidence in its services and abilities to provide a high quality product. The Belgian company has already covered all the games during UEFA EURO 2004 in Portugal and provided technical material for UEFA EURO 2008 in Switzerland and Austria.

About Alfacam Group
Alfacam Group [EURONEXT Brussels: ALFA] groups de activities from Alfacam, EuroLinX and Euro1080 (EUROCAM MEDIA & FILM CENTER & HD1). Alfacam primarily delivers services to TV stations and production houses and with 22 HD production vans the company comprises the largest HD OB fleet in Europe. Alfacam undertakes more than 3000 assignments each year, including all Games since 2002 (with 19 OB vans in Beijing 2008 and in Vancouver 2010), the European Championships Football and the Football World Cup (for instance South Africa 2010), the Europe Music Awards and the FIFA Confederation Cup Football. More than 95% make use of HDTV technology. Alfacam also undertakes 3D recordings across a range of content from concerts to sports.