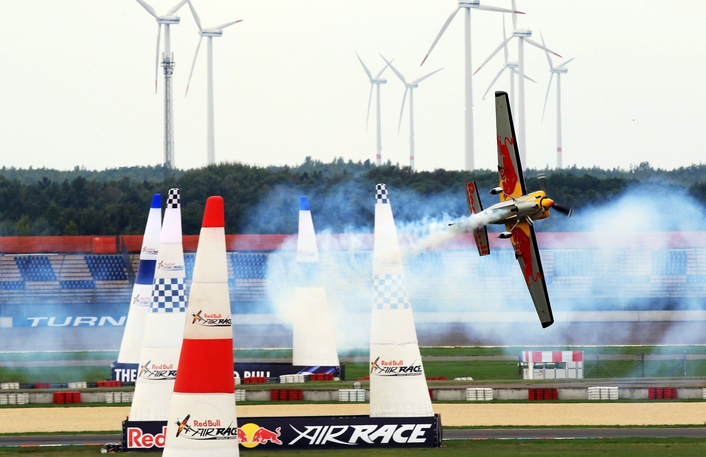 After six years the high-speed, low-altitude action of the Red Bull Air Race will return to Germany’s EuroSpeedway Lausitz on 3-4 September – and this time, there’s a home pilot at the head of the World Championship standings

It’s what German motorsport fans have waited six long years to see: on 3-4 September 2016, the Red Bull Air Race will return to Germany’s EuroSpeedway Lausitz – formerly known as the Lausitzring – for the first time since the ultimate motorsport series in the sky debuted at the famed oval in 2010. Adding to the anticipation, the race will be a homecoming for Germany’s own Matthias Dolderer, the pilot who is at the top of the World Championship standings.

Thirteen elite Master Class pilots will be desperately chasing Dolderer, because the ace from Tannheim has a substantial lead (over 18 points) in the overall standings with only three races to go in the season. Dolderer can’t afford to let his guard down, because his nearest opponent is none other than the 2008 World Champion Hannes Arch of Austria. Arch was the winner at Lausitz in 2010 while Dolderer, then in only his second year of racing, finished seventh. And right behind Arch at third on the overall leaderboard is Australia’s Matt Hall, who is on a roll with a podium at Budapest in July and a win at Ascot, UK on August 14.

Another German pilot, Florian Bergér, will be racing at the EuroSpeedway Lausitz for the first time. One of the promising young pilots who are developing their low-altitude flying skills in the Challenger Class of the Red Bull Air Race, Bergér has earned a podium every time he’s competed this year, including his career-first victory at Spielberg, Austria in April.

Home to the DTM (German Touring Car Championship) and the Superbike World Championship, the EuroSpeedway Lausitz has a tri-oval layout that is unique in continental Europe, but the design is widely popular in the USA for top motorsports like IndyCar and NASCAR. That makes the stop in Lausitz even more fascinating for Red Bull Air Race fans as an early indicator of which teams might do well at the season’s final two destinations – the iconic IndyCar track of the Indianapolis Motor Speedway and the NASCAR hotspot of Las Vegas Motor Speedway. 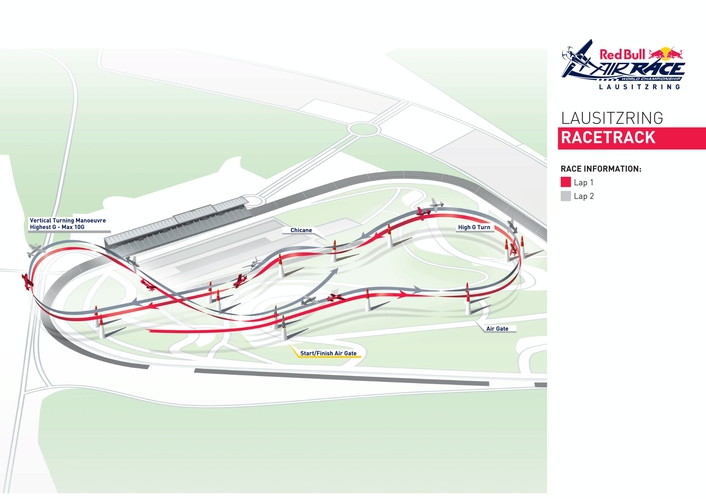 Tickets for all Red Bull Air Race stops are on sale now – including the return to the EuroSpeedway Lausitz on 3-4 September, where the low-altitude raceplanes will speed through the Air Gates right in front of the grandstands.