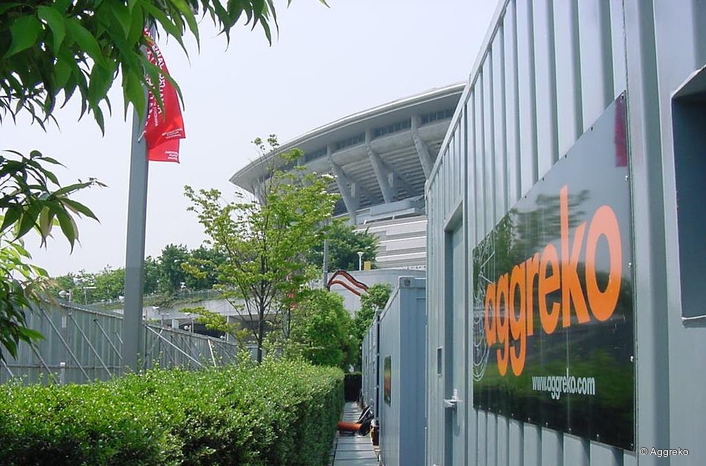 Power for all 10 World Cup Stadium Venues
Aggreko plc is pleased to announce that, along with its joint venture partner Shanduka Group, it has signed a contract to provide temporary power and temperature control for broadcast and technical services for the 2010 FIFA World Cup in South Africa.

The contract involves providing broadcasting power in all 10 World Cup Stadium Venues, the International Broadcast Centre (IBC) and FIFA headquarters, as well as temperature control at the IBC. This will support the broadcasting of the 64 matches of the competition to over 3 billion people world-wide. The estimated value of the contract is £30 million, and will involve the installation of some 300 kilometres of cable and 30 megawatts of generating capacity.

Shanduka Group is a leading African investment holding company, and has formed an unincorporated joint-venture with Aggreko to execute the World Cup contract. Both companies worked together to supply temporary power to the FIFA 2009 Confederations Cup in South Africa.

Aggreko has customers in 20 countries in Africa and is providing over 1,000 megawatts of temporary power on the continent.

Rupert Soames, Chief Executive of Aggreko, said: “Having recently supplied temporarypower to both the Vancouver Winter Olympics and last year’s Confederations Cup in South Africa, we are delighted to have been selected by the 2010 FIFA World Cup Organising Committee to secure their broadcast power. This underscores our position as the leading supplier of power and temperature control to major sporting events worldwide.”

Aggreko plc is the world leader in the supply of temporary power and temperature control solutions. We employ over 4,000 people operating from over 133 locations. In 2008 we served customers in over 100 countries, and had revenues of approximately £950m (US$1.6bn or Euros €1.1bn). Aggreko plc is listed on the London Stock Exchange (AGK.L), is a member of the FTSE-100 index, and is headquartered in Scotland.

Recent customers include the Beijing 2008 Olympics, the Vancouver 2010 Olympics and the power utilities in over 50 countries including the UK, France, Angola, Kenya, Indonesia, Bangladesh, Venezuela, Chile, Brazil and the USA.