Against All Odds John Gillan Gets the Shots

The wooden Polecam in place for the competition
UK DOP / Polecam owner operator John Gillan, booked to cover the Azores leg of the Red Bull Cliff Diving competition, flew in to the Azores on his way to the small island where it would take place, 1000 miles from the nearest city and 2 days away from shooting the event. It was not the ideal place to hear from the airline that brought him there "Sorry Mr Gillan, we have lost one of your Polecam flight cases."

Whilst he did at least have the cameras and all the controls and electronics, what was missing was the complete set of lightweight carbon fibre interlocking poles that make up the boom of the Polecam. 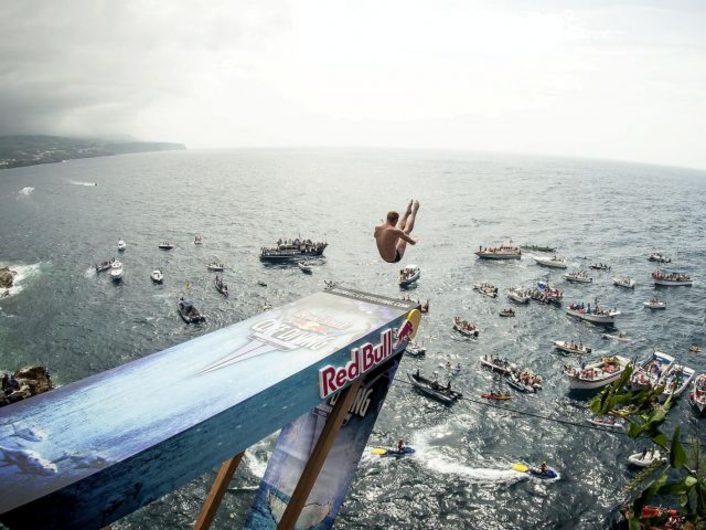 John explained “With no chance of getting a replacement jib of any kind, we thought ‘can we build one then?’  Well we could, or should I say the two Red Bull riggers could. 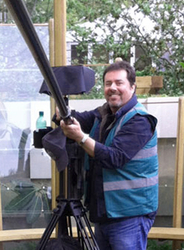 With their skill and ingenuity they cobbled together a wooden jib arm, 15ft long, using left-over pieces of timber from the just-rigged diving platform.  I was then able to cable tie, nail and screw my camera, hot head, cables, monitor, batteries and operating controls to the boom. Thank God those bits arrived!!!  Hats off to them for helping me get the shots! I had 2 different cameras with me, a Toshiba HD1 and a Camera Corps HD mini zoom. I decided to use the Camera Corps camera as this had the zoom lens which would help amplify the limited movement I had with the jib.”

Steffan Hewitt, Polecam’s designer and a director of the company said “Those old sayings that necessity is the mother of invention and where there’s a will there’s a way both well apply here. John Gillan could so easily have said ‘oh well, I’ll go back to the hotel and have a few days off in the sunshine then’, but he tackled the problem head-on, along with the Red Bull riggers, and against all the odds John got the shots for his client, and I am proud of them and what they achieved.” 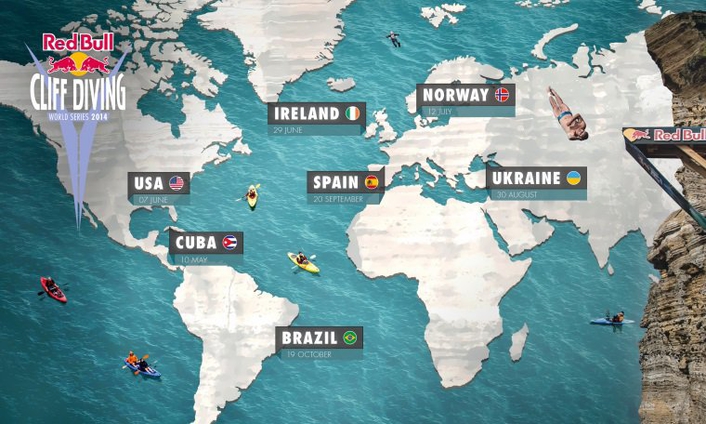