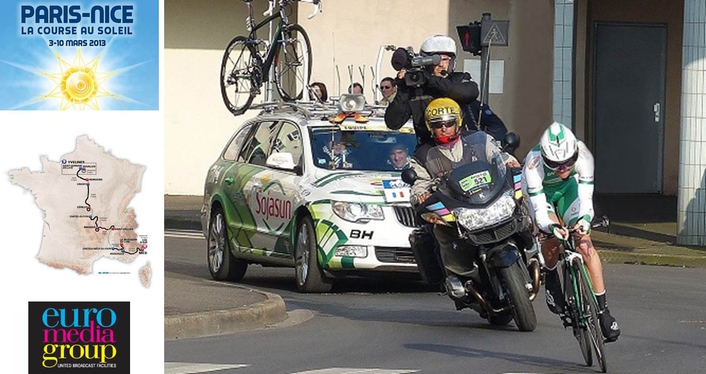 .
Euro Media France’s HF teams were on the starting line in Paris to accompany the cyclists on the Riviera for a live broadcast of the famous Paris-Nice race. Scheduled on the worldwide UCI calendar, this cycling race in stages is the first of the year.

Like every year, France Télévisions relied on the Euro Media France’s HF expertise to provide the technical resources for the race but this year, the shooting was performed jointly by the Euro Media Group’s English and Belgian subsidiaries:  ACS (for Cineflex) and Videohouse.

Under the direction of Audrey Delsarte, 25 technicians were deployed to manage the HF resources: 3 motorcycles for camera shots, 1 motorcycle for audio, 1 helicopter for camera shots, 1 relay plane and the HFi4 and HFi5 OB trucks, which back up the mobile control-room OB truck of the production team of France 3 Ouest of FTV. 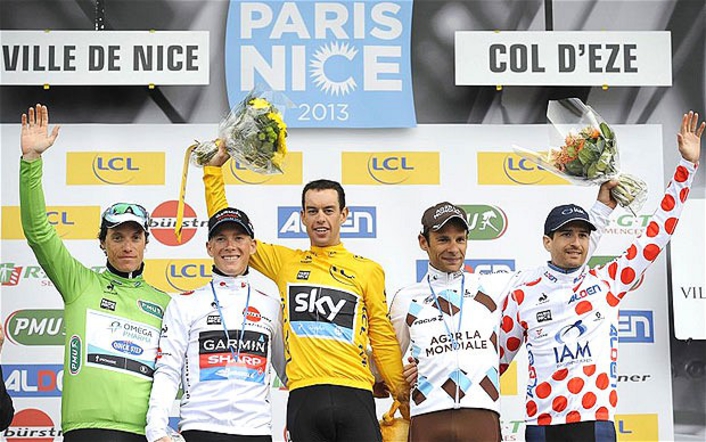 Euro Media France covered all 1,174 kilometres of the famous race staged by Jean-Maurice Ooghe; a “sunshine race”, most of which was through rain and even snow!