The 2014 FIFA World Cup in Brazil - The Case Study 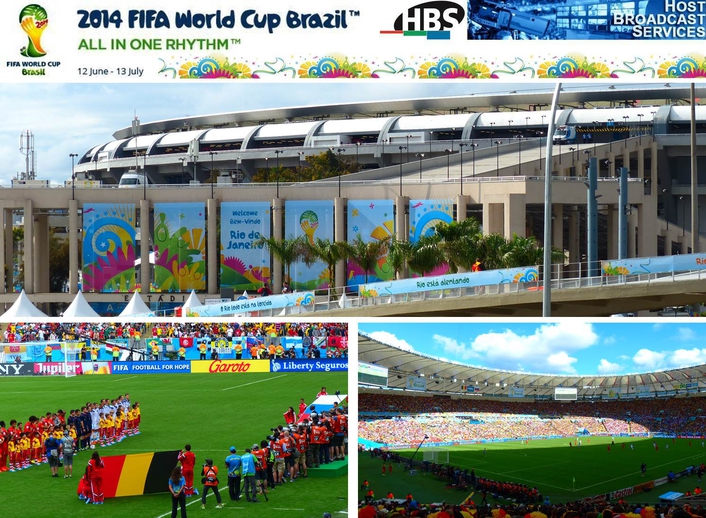 .
Every four years the FIFA World Cup showcases the skill and talent of the world’s best players, but it is more than just a football tournament: It is the aspiration of FIFA TV to deliver a world class TV production. This year all 64 matches were produced on the basis of a 34-HD camera plan with increased coverage, content and features, as well as 4K and 8K camera coverage in addition to a wide range of multi-media services that complemented and enhanced the broadcast of the FIFA World Cup.

It was with the help of a remarkable TV production team which consisted of over 2,000 professionals from FIFA TV, HBS, EVS, Sony, sonoVTS, Gearhouse Broadcast, deltatre and Eurovision. This team of highly skilled Live TV specialists delivered the world’s most watched football tournament to all territories on planet earth including the SpaceStation in orbit. 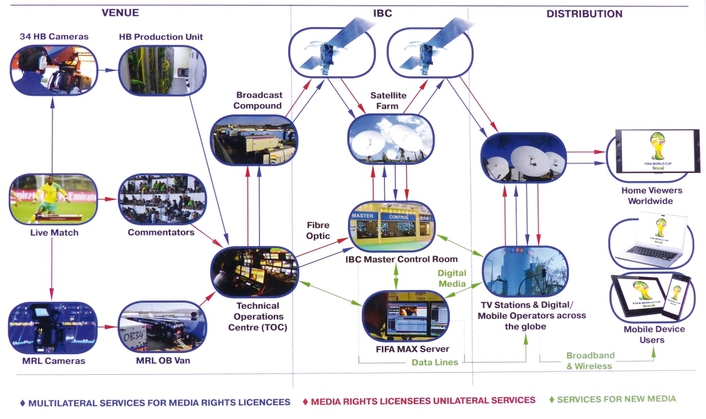 New Developments
The standard multilateral 29-camera plan (implemented at the 2010 FIFA World Cup in South Africa) was upgraded to a 34-camera plan to include the addition of two reverse corner cameras, one tunnel camera, an aerial/helicopter camera and a cable camera at every match.

An additional clips compilation channel (the emotion/ultra-motion channel) was added to the multi-feeds.

The content of the multimedia feed included half-time and full-time content, as well as the live match coverage. 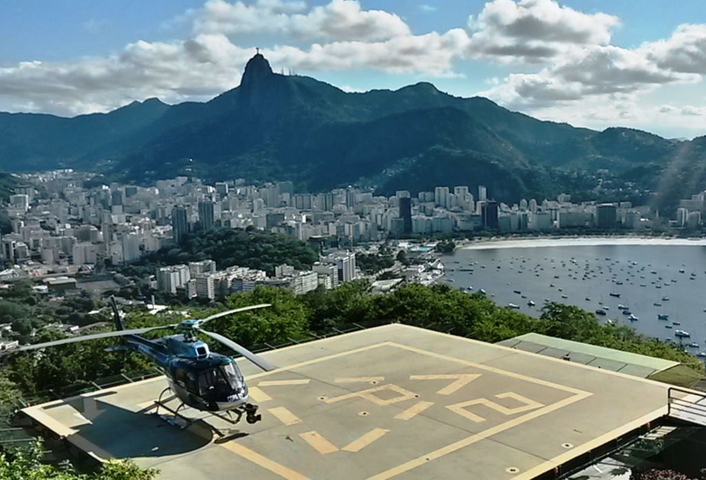 A new section of the FIFA TV Extranet, the broadcast information platform (BIP) was developed to better meet MRLs’ need for broadcast related information during the event.

A comprehensive multimedia content package was developed for the multimedia market around the world.

The FIFA MAX server services were improved and extended.

43 ENG crews, one per participating team, nine across Brazil and two at the IBC. The 43 crews, operating Panasonic P2 HD camcorders, could plug in their laptops equipped with EVS Xedio Dispatcher to review shots instantly, manage rough-cut edits and log content before using one of the 38 Arkena (ex SmartJog) high-speed file injection points located across Brazil to transfer content to the International Broadcast Centre (IBC) in Rio de Janeiro.

Goal-Line Technology (GLT) – Following the successful testing of GLT at the FIFA Confederations Cup 2013 GoalControl GmbH provided the solution also for the 2014 World Cup. The GoalControl-4D system used 14 high-speed cameras around the pitch. Wether a goal has been scored was confirmed automatically within one second by a vibration and visual signal on each match official’s watch. A resulting animation representing the ball’s crossing the line, or failing to do so, was made available to the FIFA Match Directors for relevant use. 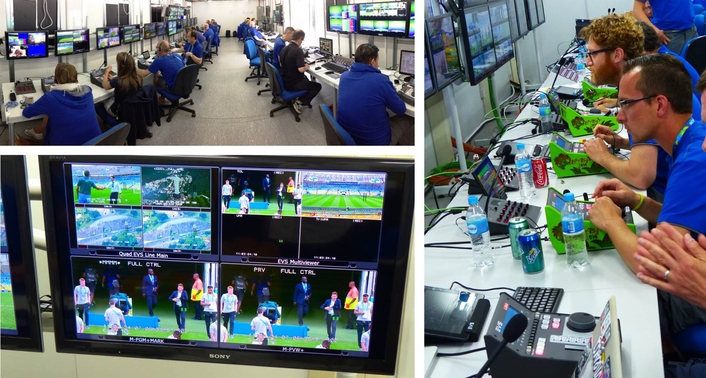