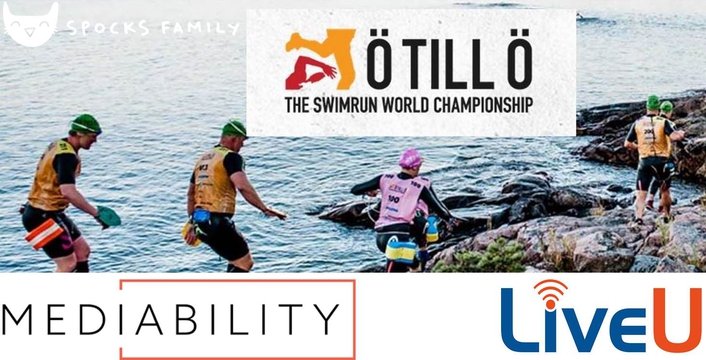 LiveU’s is pleased to announce that Swedish communications company Spocks Family, which specialises in storytelling for video production, turned to LiveU to bring the complete 2016 ÖTILLÖ Swimrun World Championship live in high quality to online viewers. The LiveU technology and support was provided by Mediability (formerly AVIT Systems).

The ÖTILLÖ Swimrun World Championship offers a tough challenge to participants and an almost equal challenge to anyone wishing to bring the event to viewers. The race started in 2006 and there’s now a series of other races that build up to this event. Involving teams of two people, they swim between 26 islands and then run across them. The total distance is 75 kilometres of which 10 km are open-water swimming and 65 km are trail-running. It takes place in early September along the archipelago to the south east of Stockholm. 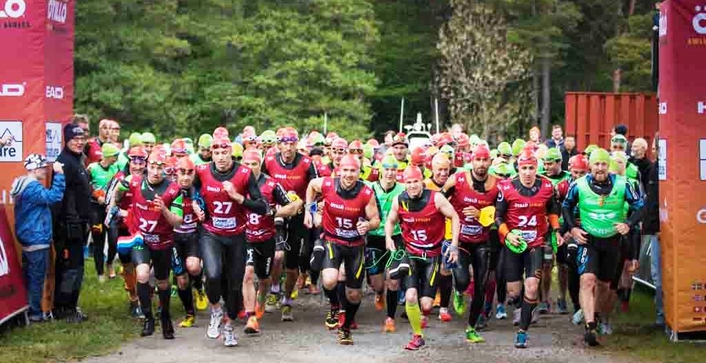 The Spocks Family name is new but the company has been operating under a different guise for four years. Kim Svensson, Head of Technology with Spocks Family, said, “Right from the outset ten years ago we have been wondering about – and looking at ways – of bringing this extremely tough race to a much wider audience. But given that it takes place across an archipelago, in and out of water and over 75 km you can immediately see the immense challenges, connectivity being a main one. While 3G networks are available, a single connection was never going to be enough. Of course the islands of the archipelago are not connected to one another via fibre and given our budget using satellite was out of the question too.”

After a variety of tests across other events – including trialling two LiveU units at last year’s event – this year Spocks Family was in a position to deploy three LiveU units with three mobile camera operators. There were a further two fixed position cameras. Spocks Family built a temporary studio and small control room on one of the islands. This had 100Mbit/s fibre connectivity back into mainland infrastructure so getting the overall feed out was no problem. A sports commentator helped to bring the event to viewers across the day – the fastest time and a new World Record was set this year at 7:59.04.

Svensson said, “Using LiveU technology solved multiple problems. We had no connectivity issues during the race – not a single black frame. We could shoot from a helicopter, car and boats, which we did, and the cameramen could move freely and not worry about the technology. I controlled the units and monitored their power using LiveU Central. Each video team had a wireless handheld mic in the field too so sound was embedded, then de-embedded in the island studio and then mixed back into the program output.”

In total, Spocks Family streamed for nearly 12 hours and also shot store-and-forward footage on one LiveU unit for a separate production. There were two LU2000 servers on the island too to receive signals from the three LiveU units. 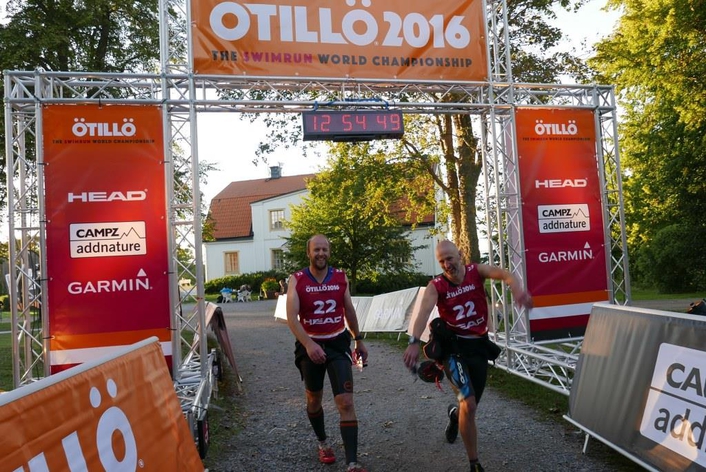 Ronen Artman, LiveU’s VP of Marketing, said, “Capturing this event in all its remoteness and difficulty was clearly a real challenge. We’re really excited that our technology was central to the success of the coverage. You can do things with our solutions that simply aren’t possible using other technologies.”

About LiveU
LiveU sets the standard for high-quality and reliable live video acquisition, management and distribution over IP. LiveU's award-winning technology enables live video transmission from any location around the world with lightweight, easy-to-use equipment. From backpacks to smart phones, and satellite/cellular hybrid to external antenna solutions, LiveU offers a complete range of devices for live video coverage anytime, anywhere. In addition, LiveU offers extensive cloud-based management and video distribution solutions. With top-tier customers in 80+ countries, LiveU’s solutions are being utilized for breaking and developing news and high-profile events, such as the FIFA World Cup™, Winter and Summer Olympic Games, Presidential Campaigns, Super Bowls, US Collegiate Championships and red-carpet events. LiveU’s solutions include multiple 4G LTE/3G, HSPA+, Wi MAX and Wi-Fi cellular links, which are optimised for maximum video quality based on the available network conditions.