.
Ever since Riverdance came to international prominence, via a legendary first performance at the 1994 Eurovision Song Contest, there has been an insatiable demand for productions like Michael Flatley’s Lord Of The Dance, Feet of Flames and Celtic Tiger. Two Lord of the Dance troupes are currently touring, with Yamaha DM1000 digital mixing consoles ensuring that artists, audiences and promoters alike are kept happy.

Rental company Wigwam Acoustics purchased four DM1000s for the two tours, which kicked off (literally) in the autumn of 2011. One troupe has now headed to the USA, but the other is touring Europe for much of 2012, with a DM1000 at front of house and another on monitors.

“The DM1000’s technical specification amply serves the needs the show, while its compact footprint allows the maximum number of seats to be sold,” says Wigwam director Chris Hill.

In terms of audio specification, the show is comparatively straightforward. The main audio focus is the sound of the dancers’ shoes, captured by stage-mounted and ambient mics, while musical accompaniment comes from two fiddle players, a vocalist and playback.

“The biggest challenge is that the taps use up huge amounts of headroom. Because of the very quick attack and decay, they are usually quicker than the meters can show, something which is true of all desks and PA systems I have used for this show.”

“The DM1000 is perfect for this show in a number of ways,” adds monitor engineer Matt Latham. “Its footprint is so tiny that it fits anywhere and is very easy to tour. It's definitely got great bang for the buck with respects to the sound quality - it's really clean and well driven, as well as offering a range of ways to get signal in and out.

“The only difficulty was getting used to working in a compact 'pocket-sized’ way after coming off the M7CLs, which we were using before. As far as mix hardship goes, there isn't any.”

“The DM1000’s auto mix feature is great. As most of the music is playback, it does lots in the background for me like EQ changes, pan control, scene recall, FX sends/changes and so on,” adds Gary. “Also, during the soundcheck I can go anywhere in the room and the desk looks after itself. 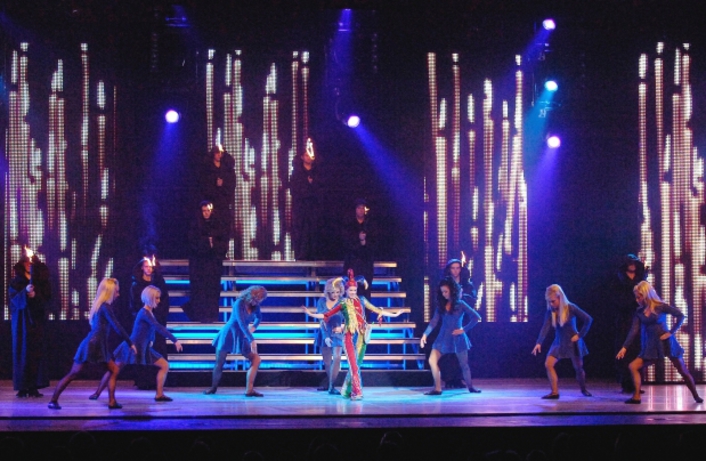 “I have two auto mix scenes, one for soundcheck which does everything and one for the show with no fader control, leaving me in control of the mix but with the desk doing most of the work in the background.”

Lord of the Dance played in venues throughout the UK until early April. The tour then headed off to Europe until June, later continuing from October through to December.