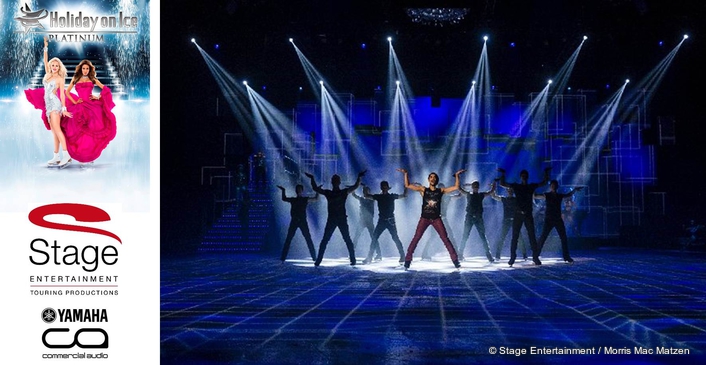 .
Since its inception in the USA 70 years ago, Holiday On Ice has entertained over 230 million visitors  around the world with its mix of skilled skating, artistic choreography, passionate music and spectacular special effects. Nowadays based in Amsterdam and owned by one of Europe’s leading live entertainment companies, Stage Entertainment, sound designer Jeroen ten Brinke has specified Yamaha digital mixing consoles for its latest productions.

Managed by Stage Entertainment’s subsidiary Stage Entertainment Touring Productions, all Holiday On Ice shows tour with a full technical production, each transported in around six trucks or 18 shipping containers. It was the first show to develop its own touring ice machines, allowing a bespoke rink to be fitted into any venue. Each tour lasts up to five years and can cover over 30 countries, with up to three shows a day to as many as 10,000 people each. 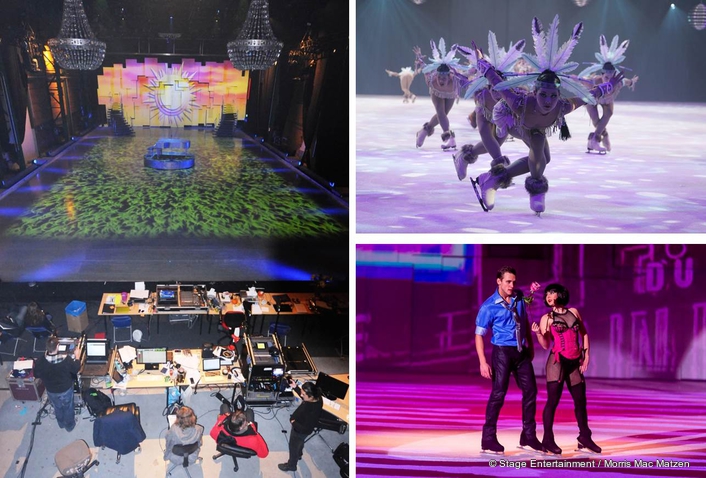 Jeroen, one of Europe’s top sound designers, was asked to design the audio system for Platinum - the latest Holiday on Ice production which celebrates the format’s 70th anniversary. With a small crew and vast distances to be covered, he chose a pair of Yamaha DM1000 digital mixing consoles, thanks to their ease of use and rock solid reliability. 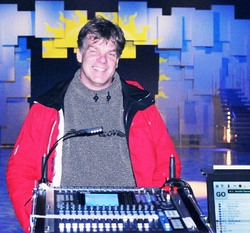 “There are only two sound crew with Platinum and they are constantly busy. So I designed an audio setup that is practical, easy and quick to use, as well as being failsafe,” says Jeroen. “I know the DM1000 very well and have never had a problem with one in the many years I’ve used it. It sounds great, can deliver 96kHz sound and is used worldwide, meaning many people can easily operate it.”

The sound for Platinum is mainly playback, with some special effects and skaters who sing using wireless microphones. Jeroen’s sound design is fully redundant, comprising two independently-powered front of house systems, A and B, each including a DM1000, playback computers and wireless equipment.

“Because the ice rink changes in size, depending on the venue, we sometimes need to add or take out a few bars of the music. Because of this we use a DAW for playback,” he says. ”There is always the risk of a problem with the DAW, so a backup system is essential.”

“I decided to use analogue connections for the B system so the team has an immediate solution for any problem with the playback hardware or software, as well as in case any issues with the digital connections arise,” he says.

To ensure continuity, the systems are identical in use with MIDI synchronisation ensuring program changes and playback run simultaneously on both. If the operator needs to switch to the B system, they just throw the custom amplifier inputs switch and continue mixing the show on the B console.

The twin systems also proved very useful in technical rehearsals. While one was in use, Jeroen was able to continue editing and refining the mix on the other. 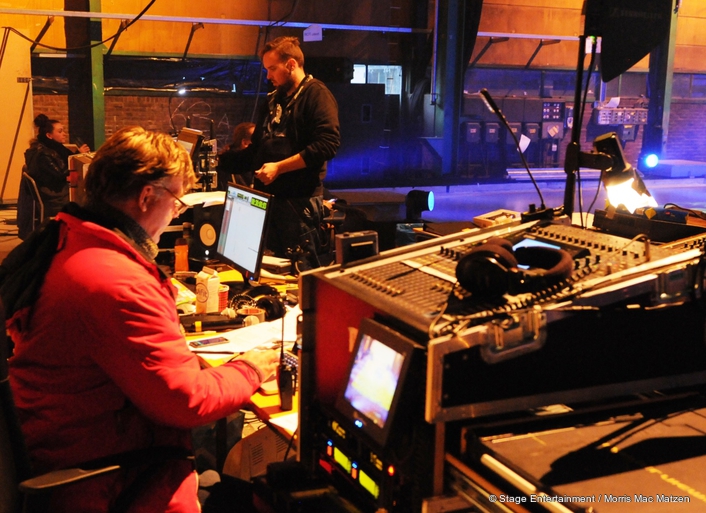 With crew regularly changed between the productions, Jeroen has upgraded the audio for Ice Age Live with identical A-B systems to that on Platinum. This ensures a seamless transition as the technical teams work on the different shows.