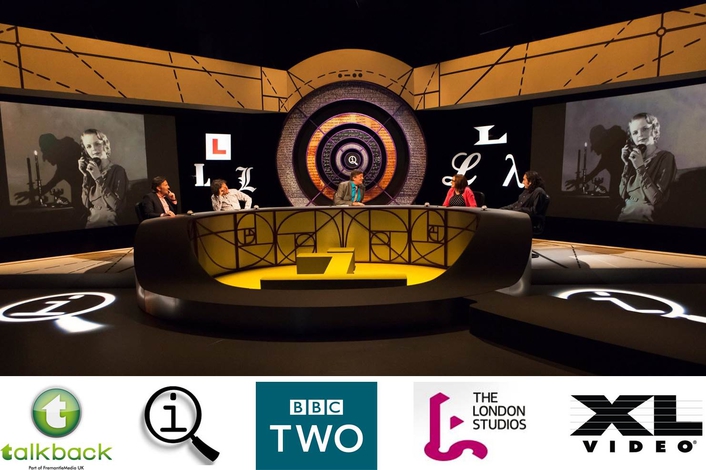 Originally created by John Lloyd, QI is a comedy quiz show hosted by Stephen Fry, featuring regular panelist Alan Davies, which is broadcast on BBC2 in the UK. The set includes two projection screens that are key to the quiz show, displaying clues and visual alerts throughout the game.

For screens, XL  supplied Repro H screens. These were selected as they minimize the hot spot that the camera sees in the projected picture – particularly important when projection is used for broadcast media. 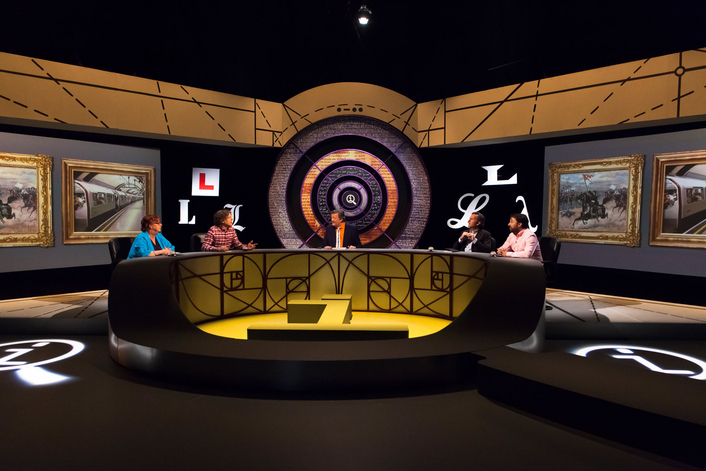 In order to further minimize ‘hot-spotting’, the projectors were mounted on 18 ft high towers and angled down at the screens. The images were then digitally adjusted in the projectors to correct geometric distortion.

The current season which is airing on BBC2, was recorded at The London Studios, with a total of 16 shows recorded during the six week run.

Jeff Bailey, TV & Film Manager, XL Video commented: “I’ve worked on this production since the planning stage for the first series of QI back in 2003. The production team are great to work with, and I’m delighted to be involved with this long-running and much-loved show!”