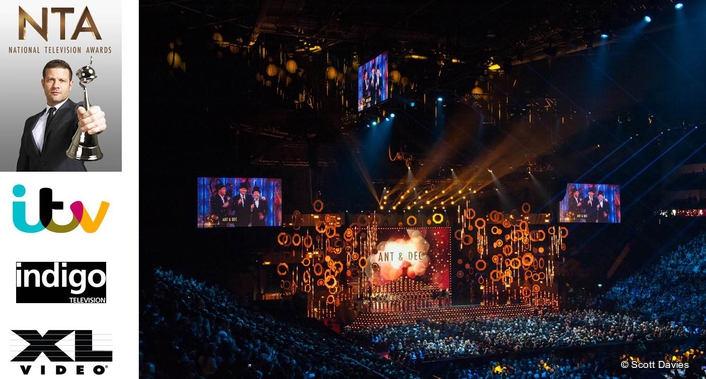 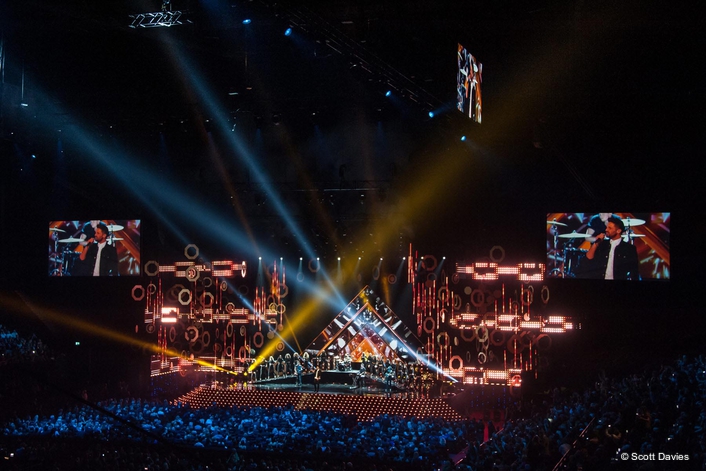 This is the 11th consecutive year XL Video, and Project Manager, Paul Wood, has supplied the video production for the awards. 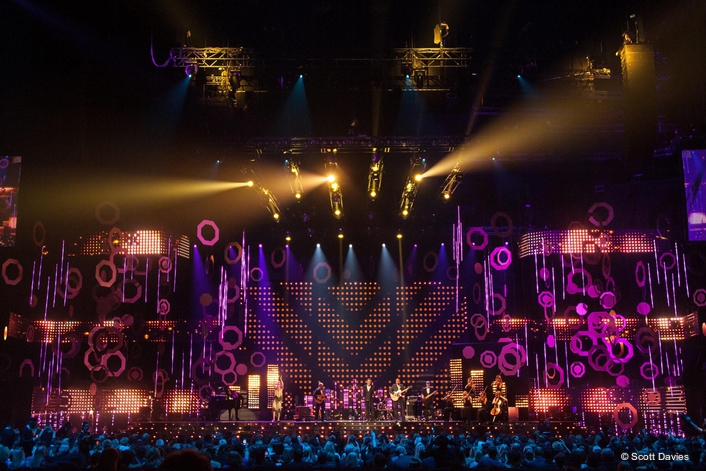 The Hybrid banners were situated amongst the scenic elements either side of the main screen and provided both video and lighting effects.

Content for the LED screens, including awards information, TV footage, stings and graphics, was played back via XL’s Catalyst and Virtual VTR systems, plus mixing to the Broadcast feed. The playback system was co-ordinated and run by Jonathan Bond for XL. 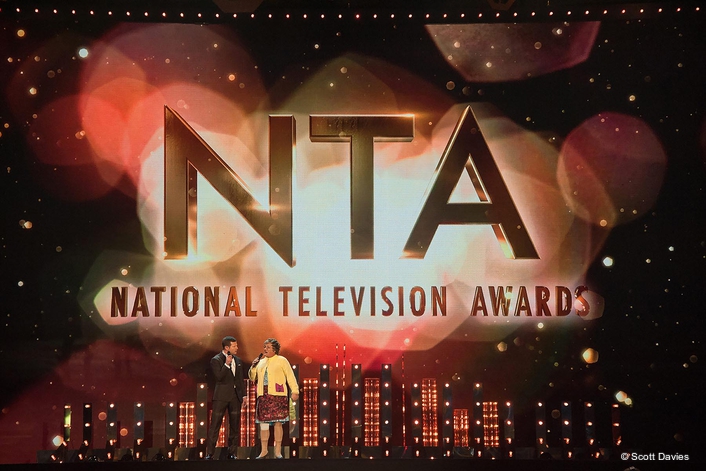 The audience all around the O2 were able to follow the detail of the awards via 4 relay projection screens, two 8m x 4.5m side screens to the left and right of the stage and two 6m x 3.5m screens positioned further into the house for the upper tiers. These were all fed by the live broadcast transmission mix. 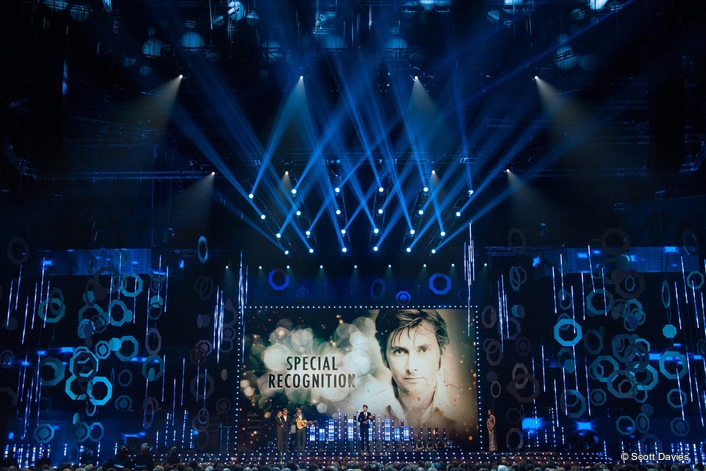 Paul Wood comments: “It’s absolutely fantastic to continue our relationship with Andy Bates and Kim Turberville and all at Indigo TV for the 11th year running and on such a high profile event”.