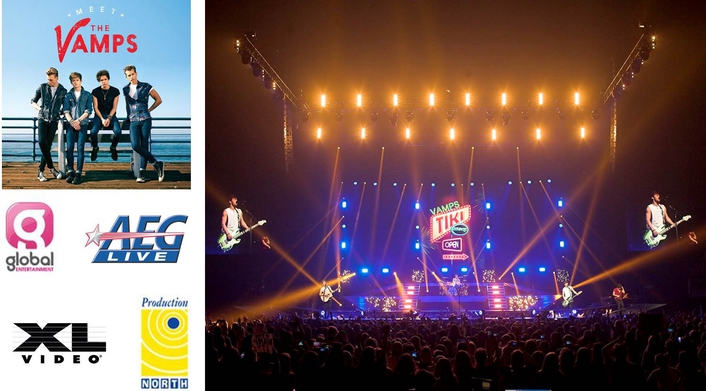 The tour included several arena shows and was the largest to date for the rising stars who originally met via You Tube around 2012, as well as the first for Global Live, the new ‘live’ division of Ashley Tabor’s UK-based Global Entertainment … and a co-promotion with AEG Live. 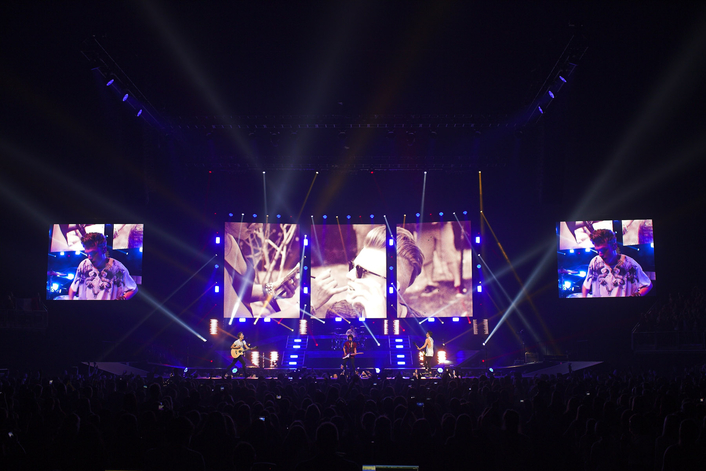 The Vamps stage / set and video design was evolved by the tour’s Technical Director Iain Whitehead (Production North) and Lighting Designer Peter Barnes, and included 145 square metres of XL Video’s ROE Visual MC-7T LED screen. The lively IMAG mix was cut by Dan Ormerod, and video was a major part of the overall aesthetic that made the show and its presentation exciting, interesting, vibey and very enjoyable to watch.

Video screens were the most influential visual element when Iain and Peter started discussing a look for the show with the band’s management, who wanted a main screen and two outer ones angled backwards towards upstage centre. The band had existing footage that needed integrating into the show, so it was important that the combined screen size was close to 16:9 format, explained Peter.

The 7 mm ROE Visual product was chosen by Iain and XL’s Project Manager Phil Mercer as a good quality and cost-efficient solution. The three onstage screen surfaces and the two IMAG side screens were all made up of the MC-7T, giving complete continuity in terms of quality and appearance of the footage. 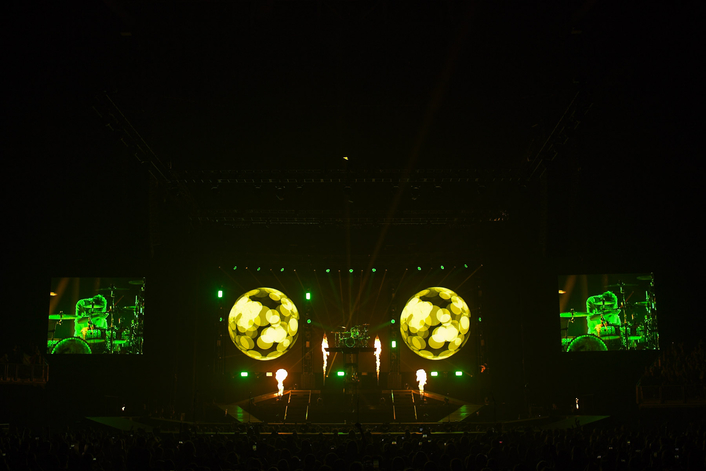 All the playback content was produced by The Vamps’ Videographer Dean Sherwood.

Looking after XL’s Catalyst v5 media server control system, used to store and play all the pre-recorded footage, was Robin Haddow, and this material was primarily timecode triggered.

The four IMAG camera channels (essentially one for each Vamp band member) were also fed into the Catalyst for outputting to screen. Having the Catalyst downstream and using the v5’s Exact Mapping feature enabled pixel-perfect images to be routed and fitted to each screen. 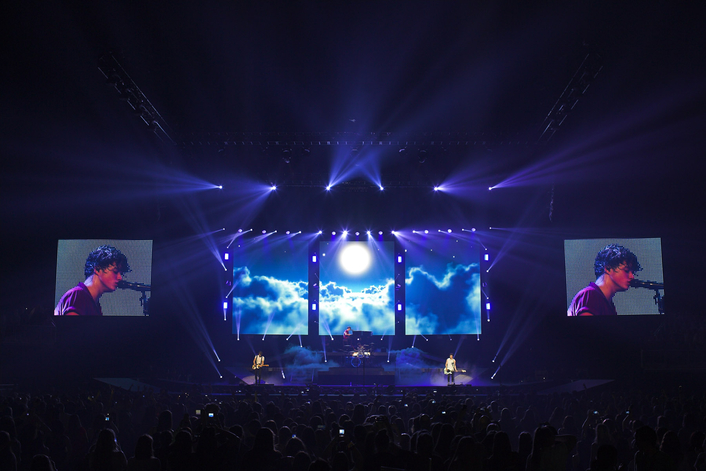 The Sony HXC-100s were positioned with one at FOH complete with long through lens, and two in front of the D-shaped runway emanating from the stage – circling the VIP area. The fourth was a hand-held operated by Robin who multi-tasked at strategic points in the show where the Catalyst was running itself … his camerawork was invaluable for getting in-the-crowd and capturing the key close-up drama onstage. 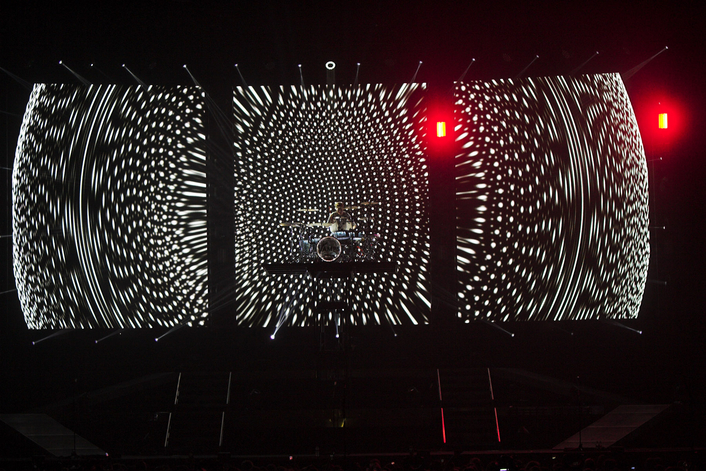 One of the two mini-cams was clamped to the drums focused to capture a full face shot of drummer Tristan Oliver for the song “Girls on TV”, which saw each of the five screens dedicated to a band member (lead singer Brad Simpson appeared on both left and right IMAG screens simultaneously!).

The second mini-cam was positioned (usually) stage left along the lip of the stage to catch a classic ‘front line’ shot of the band. 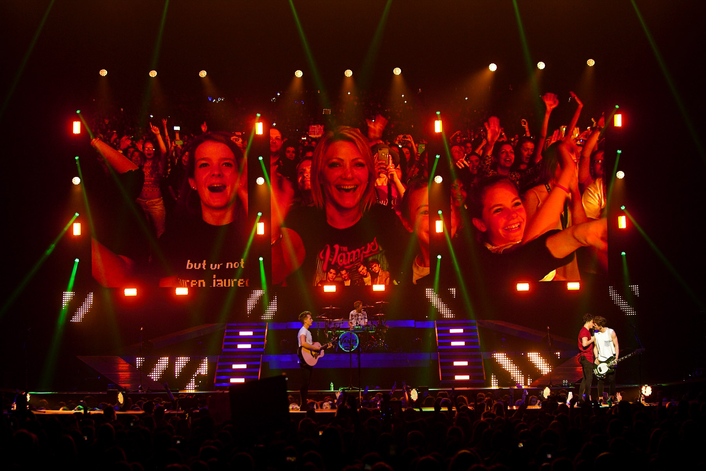 Dan really enjoyed the live directing, letting the exuberance and enthusiasm of the band to some extent shape his mixing style for the non-stop maelstrom of action characterising the set. Also an accomplished cameraman, he brought this vast experience of how to merge the most energising and appropriate individual shots to a much bigger picture.

Peter Barnes also commented on the teamwork and collaboration by all involved in creating the slick, contemporary aesthetic helping the young band ramp up their live performances.