The project was co-ordinated for XL by Paul "Macca" McCauley who worked in close collaboration with Andrew Craig from Live Nation's London office and his counterpart from their Asia Pacific operation, who liaised with the artist’s production and management.

"I have done a few of these high profile UK one offs with various Asian superstars in recent years," comments Macca. "They are often very complex in set up and this one was no exception, which increases the pressure, especially for a one off. The key to getting it right is for all departments to be really rigorous in the prep and have a good plan of action once onsite as time is always tight.” …  although on this one they actually had the luxury of a get-in and rehearsal day ahead of the show day! 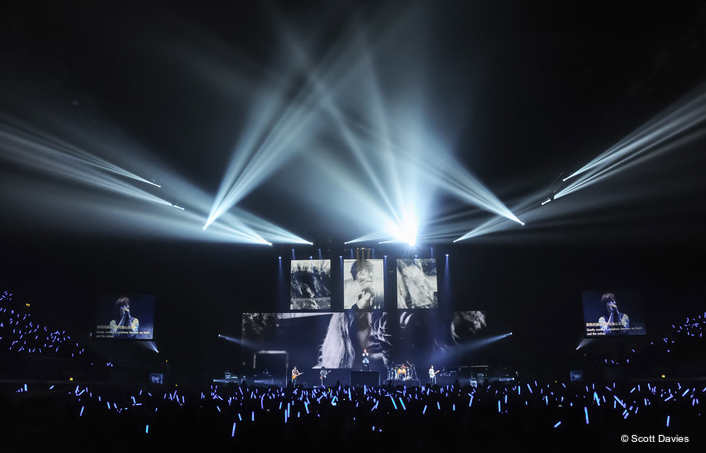 The show design involved an impressive full width upstage LED screen which was made up from XL's Pixled F-12 and measured 24 metres wide by 5.4m high. This was specified by the band's technical team who sent a detailed rider.

In addition to that, XL supplied 240 tiles of their Pixled FX-11 which was utilized to make up three screens flown on a mid truss, all measuring 8 tiles wide and 10 high. 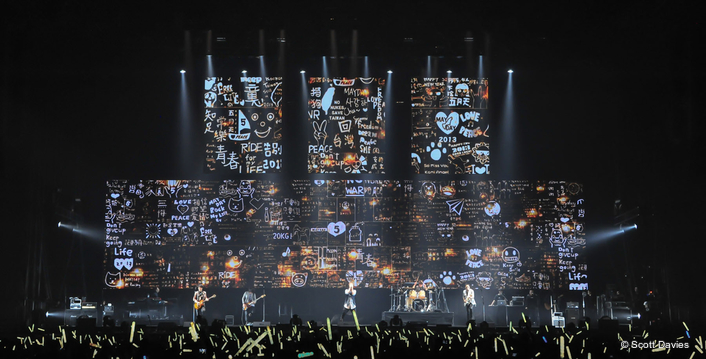 The video playback control system came with Mayday’s own production, together with their operators and included Hippotizer media servers fully programmed with their content and Barco Encore screen management. 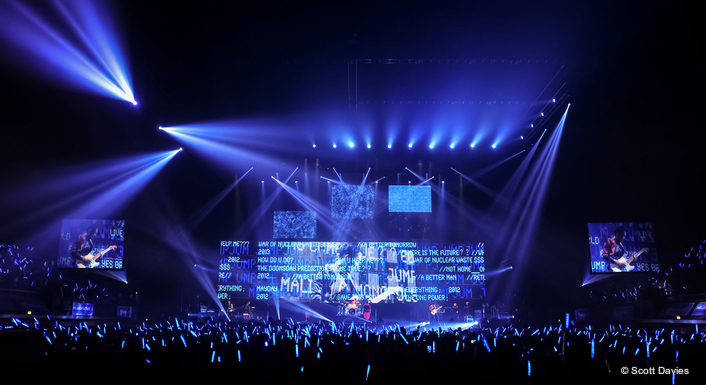 For IMAG relay, two 16 x 9ft side screens were rigged left and right of the stage, each fed by a pair of Barco FLM 22K projectors.

XL's crew interfaced the camera system with Mayday's video control via their Encore processor and also supplied fibre kits to run everything out to FOH.

A series of prompt / technical screens were also part of the video package - two at 42 inch and six 23 inch monitors – which were dotted around the backstage areas, all receiving  TX feeds from the Encore. 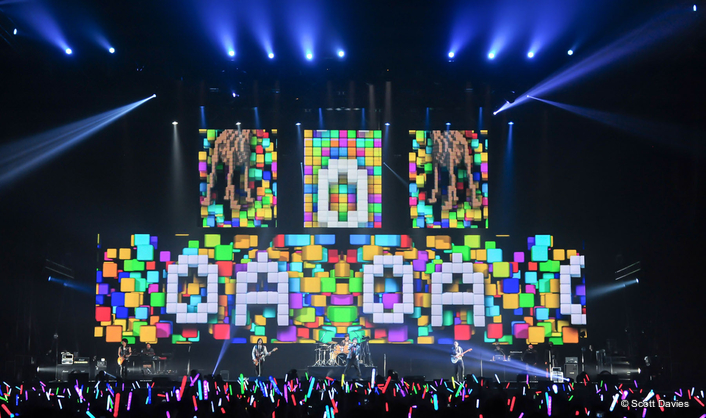 "Everything went smoothly. The UK and Taiwanese production crews all worked well together, everyone was happy and the show was a great success," concludes Macca.