XL Video Celebrates The ‘Big Ruby’ with The Stranglers 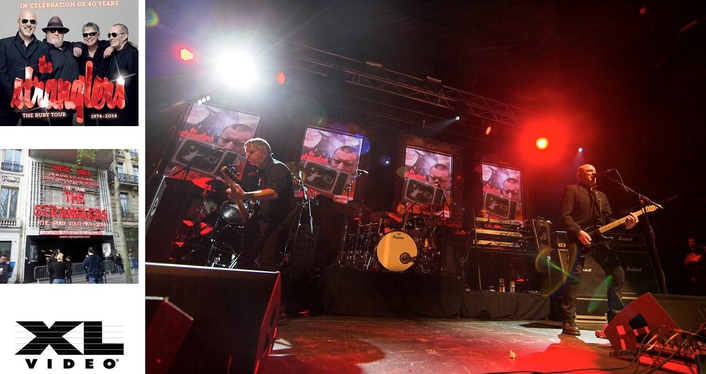 .
XL Video is assisting maverick rockers The Stranglers celebrate a remarkable 40 years in the music industry which kicked off with some serious attitude in 1974 at the height of punk nihilism… and developed into an enduringly successful career balancing the tightrope of acclaim and commercial success.

Their eclectic music, which embraces multiple genres with an edgy intelligence and much of it highly political, has clocked up 23 UK Top 40 singles and 17 Top 40 albums to date!

XL was approached to provide an LED video and control solution for their much anticipated Big Ruby UK and European tour. Filmmaker and Video Designer James Reed spoke to XL’s Project Manager Paul “Macca” McCauley following the success of working together on last year’s tour.

As the stage is a smoke-and haze free environment, for the Big Ruby tour Reed wanted to make a really large visual impact with the video… and came up with the idea of the four picture frames, which brings a whole new dimension to the stage.

By happy coincidence, this enabled Macca to again renew his acquaintance with the band – having toured with them as PA Systems Tech about 15 years ago!

Very excited to be involved, Macca comments, “It’s been a huge pleasure working with The Stranglers, with James and Stage and Production Manager Louie Nicastro again. Seeing the band on such brilliant form and video used with such thought and imagination is fantastic!”

Reed created all the tour’s video content for the tour from scratch, with the four ‘picture frames’ upstage representing four decades of the band and the four original members in the lineup.

The frames are made up from XL’s Absen 6mm LED screen product rigged in 3 x 4 portrait format. Reed had scenic fiberglass / polystyrene surround frames finished in gold built by Charlotte Maudsley at Props Unlimited, bringing a touch of Baroque opulence to the latest LED technology in a retro look.

In some songs, the frames are lit by MAC 101 LED wash moving lights on the floor which adds another layer of depth. 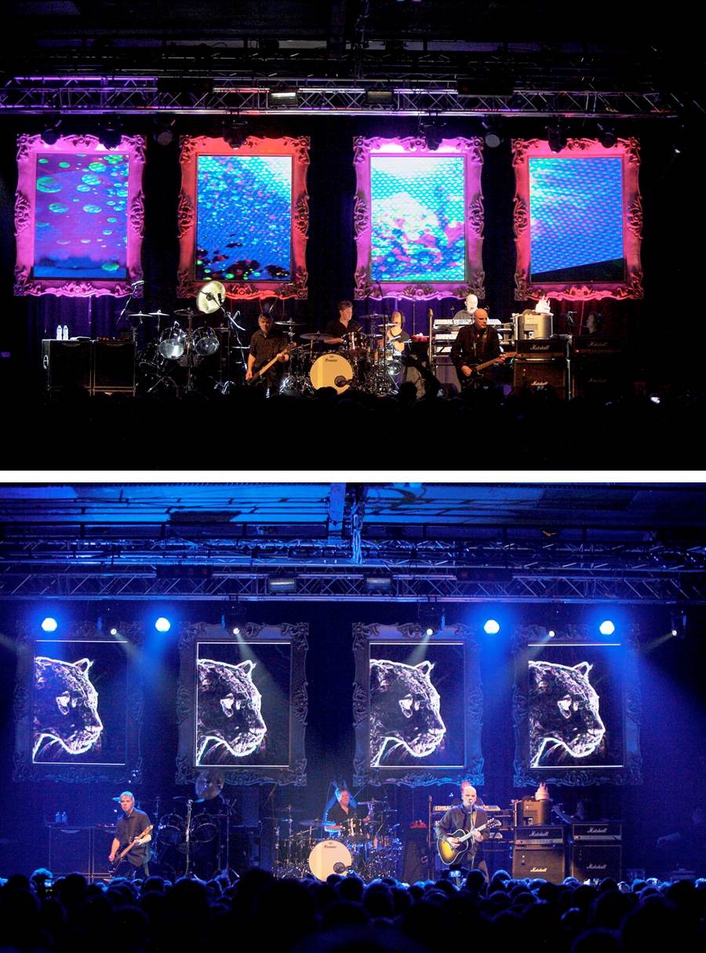 Reed once again specified a Resolume media server for control after using it on last year’s tour - which was the first time The Stranglers had used video as part of their stage production - some low resolution video columns were? also supplied by XL.

The content was all created as one flat file and mapped to the four screens, a task Reed finds very straightforward in Resolume, which is operated on the tour by Jake Butler. Out of all the media servers he’s worked with, he thinks this is the most appropriate for this style of playback, and other features he likes include being able to lay the show out on a single page and edit in real time.

He took around four weeks to produce the content – working in close collaboration with Stranglers bassist Jean-Jacques Burnel.

The first glimpses the audience get of the band onstage is during the video sequence of them descending on ‘virtual’ lifts preceded by the words from ‘The Aural Sculpture Manifesto’. Video features in every song in the two hour set, offering four different styles and treatments.

For the classic ‘Peaches’ there are multiple images of fruit and canned fruit presented in a factory production-line style with one cheeky bikini-clad bottom flash right at the end. ‘Heroes’, the second song of the set, features a selection of snaps and selfies from fans dressed as Stranglers which followed a Facebook campaign; for ‘Threatened’, he re-edited trailers to two vintage black and white movies, ‘The Stranglers of Bombay’ and ‘The Haunted Strangler’. 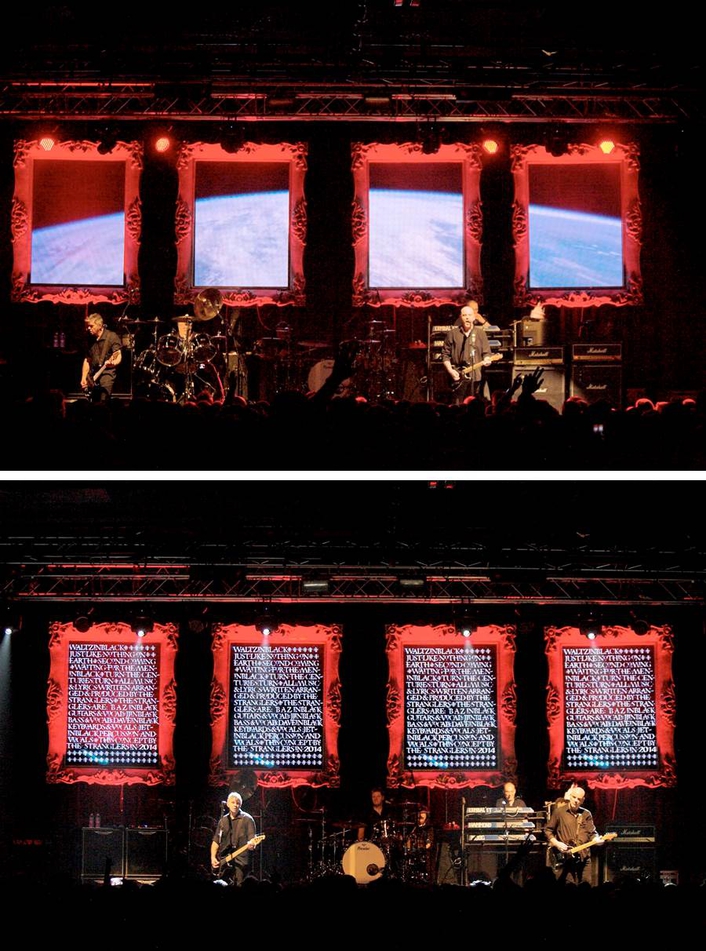