Production Direction was provided as usual by Steve Nolan from Chromatic Productions, and the tour was produced by Jeff Wayne and Damian Collier of Top Drawer Tours Ltd.

XL Video’s Project Manager was Paul Wood. He and XL have delivered the live video solution for all previous touring versions of Jeff Wayne’s epic creation since its inception in 2006. Each time the video elements have become more prominent and dramatic in impact as the Martian invasion goose steps across the ‘human’ world.

Paul states, “It’s been a great experience working on all the TWOTW shows and seeing the application of video grow along with the evolution of the whole show. It’s a real case of the latest technologies being used wisely and appropriately to bring a classic story – still extremely relevant today – to life, ensuring that the presentation stays relevant and stimulating”. 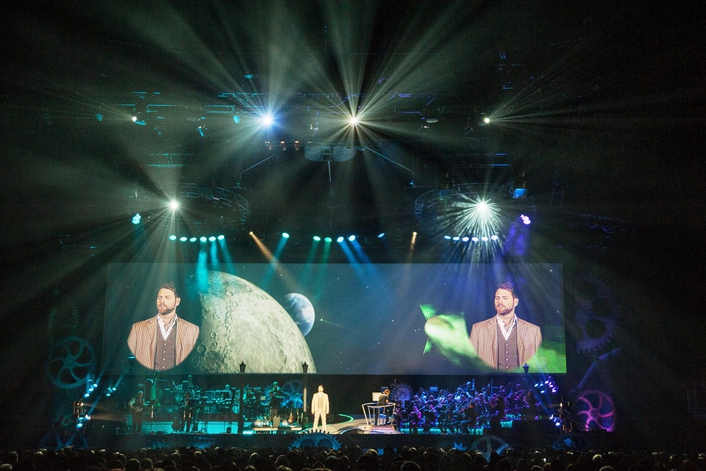 This intelligent approach to the production has allowed the show to be enjoyed live by a whole new generation of fans and become a timeless and classic stage presentation in its own right.

The system comprised the 100 ft wide by 20 ft deep front projection screen which was flown upstage, using eight Barco FLM R22 22K projectors in four double-stacked pairs, edge blended together to form one giant widescreen image. This four stack system is required to get behind the Martian Fighting Machine when it drops in centre stage from the lighting rig. 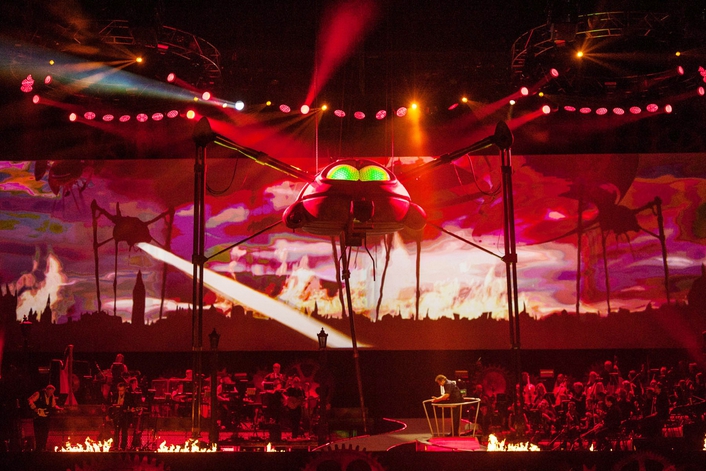 An additional laptop was used to store and run extra graphics pieces and intro / outro VTs.

The camera package comprised two Sony DXC55 studio cameras fitted with 70x lenses and positioned at FOH, picking up onstage action and beamed onto the screen via PiPs integrated with the widescreen playback footage, 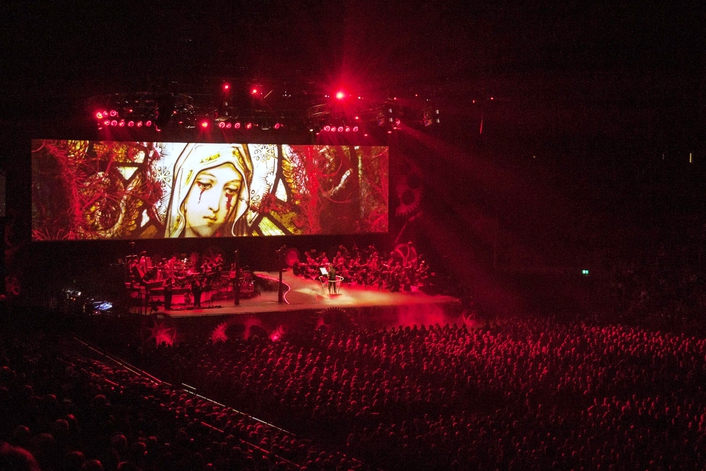 During the walk-in and interval, a remote head on the underbelly of the Martian Fighting Machine picked up assorted audience action which was beamed live onto the screen inside an alien head graphic on the main screen.

All the video sources – cameras and playback - were controlled and output to screen via a Barco Encore system programmed and run by XL’s engineer Philip Haynes, who also directed the live cameras. 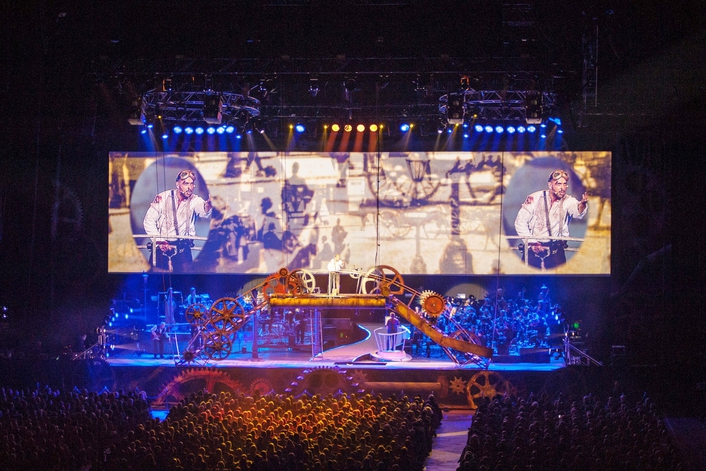 The final arena tour ended in Amsterdam’s Heineken Music Hall in December 2014 and received great overall reviews, especially for drawing parallels between the fictional destruction by the Martians and the real destruction and devastation caused by ongoing warfare.

The War of the Worlds
Chromatic
XL Video