.
Lighting and visuals designer Dan Robinson has just finished his third tour with talented UK singer and musician John Newman, which ramped up production values with the help of XL Video who supplied an LED screen / mini-cam and control package plus crew.

Newman and his management team have always believed in investing in great looking live shows, which has enabled Dan to creatively evolve the look and feel of the performances since he started working with the artist last year at a show at Settle Village Hall – Newman’s home town!

On the first two tours, the focus was on imaginative lighting, however this time around video was introduced to work in parallel with this. 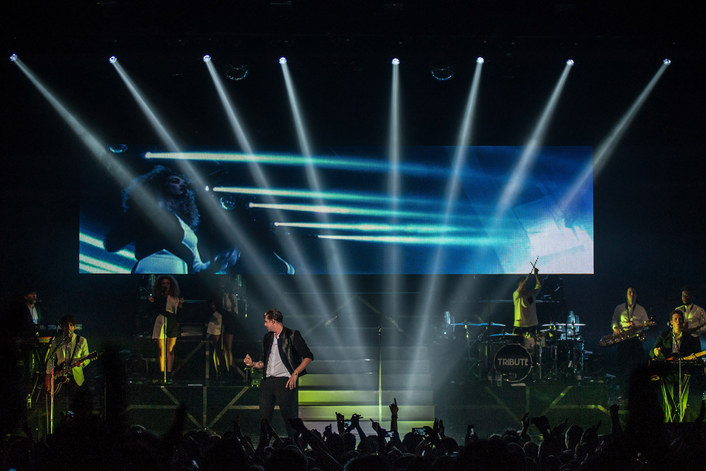 Dan has made film shorts and music videos for fun in the past, so his passion for moving images and effects coupled with John Newman’s own interest in his visuality onstage … produced a dynamic basis for the tour.

Dan has recently embraced the concept of complex structured and pre-programmed lighting and video shows and cue-sequences triggered by timecode, and so he pitched this idea to Newman, who had plenty of visual ideas for the show himself.

Newman added his own thoughts on how strategic moments in the set could be expressed visually and shared with his audiences, paying great attention to how the video would complement his onstage moves. His input wasn’t limited to ideas, and he also created a substantial amount of the video content.

The aim was that lighting and visuals should have a dichotomy, with big powerful shifts between the two mediums as well as simple qualities like strong, well-defined colour palettes.

“I wanted each track to have a unique energy, and using timecode gave me the freedom to programme crazy sequences for both lighting and video that I physically could never have run manually!” Dan explained.

It also enabled him to think-through each song in a minutiae of detail, and he and Newman spent considerable time carving out theatrical moments in the set that could receive special lighting and video treatments. 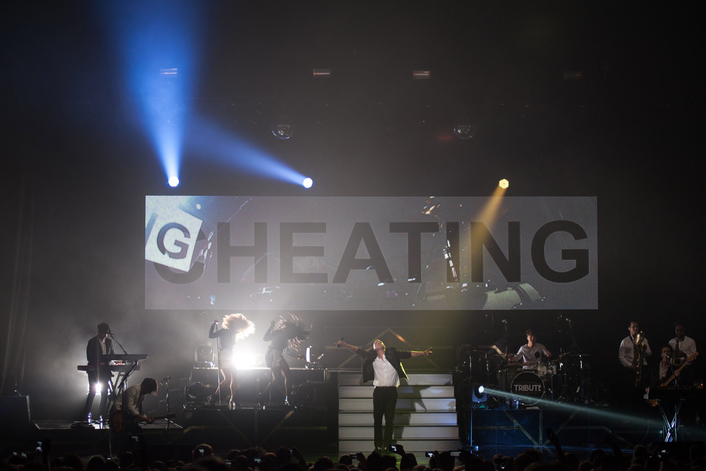 Screen-wise, they wanted the punch and brightness of LED onstage but without an over-wealming video effect, so Dan drew up the widescreen design that produced the set architecture and could be used as an extension to the lighting rig or as another lightsource … as well as for receiving video content in the conventional way.

XL Video’s ROE MC-18T 18 mm screen was chosen together, with a MacBook Pro running Catalyst for control which sat next to Dan and the lighting console at FOH.

The four mini-cams were dotted around the stage, cut by Charlie Woods using a Roland Edirol 1600HD mixer and fed into the Catalyst, when they and the playback content – all produced by Dan for the tour – could be tweaked as necessary and output to the screen.

XL’s Project Manager Jo Beirne comments, “It was really enjoyable working on this tour and to see Dan’s thoughtful and intelligent visuals working in such harmony with the lighting”.

Dan adds that designing both lighting and visuals as an integrated stage package is a huge advantage in producing a coherent look for the performance. “I like the effect of shifting between lights and screen and using the LED as a light itself, emphasising the rhythm and tight arrangements in John’s live tracks … for which the time-coding worked perfectly”. 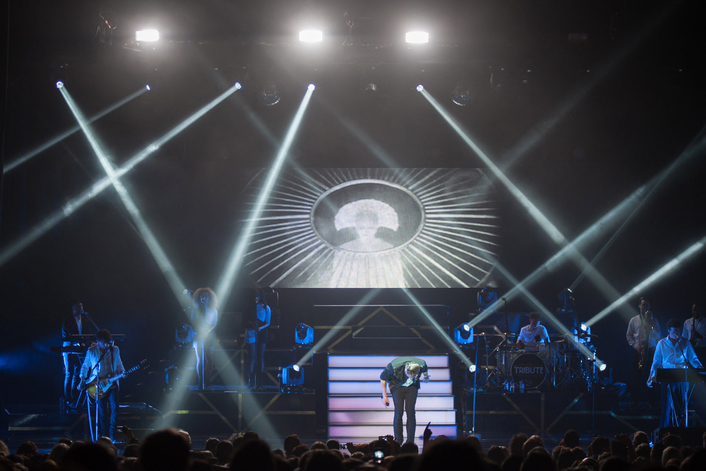 He adds that it is always an interesting challenge in “Striking the right balance of visuals polished enough to stand alone but not distract from everything else happening onstage. The idea is obviously to complement the band’s performance … rather than take over!”

Playback video material ranged from mashed up distorted TV clips with interference effects, depicting Newman’s rise to stardom for the intro sequence, through to pulsing high energy dance visuals for tracks like ‘Blame’ and CG animations blended with live footage for ‘Gold Dust’ and ‘Love Me Again’.

He enjoys filming live footage and processing it with overlaid animations, and has become interested in motion graphics and effects used in TV and film and ways these techniques can be utilized in live music visuals.

Dan has worked with XL on several previous projects and says, “The service is excellent! Jo is always incredibly helpful in getting a show off the ground, and we had great support from everyone involved”.

XL’s Steve Grinceri was out on the road to ensure all ran smoothly day-to-day, working closely with Charlie, and also with Tom Laurent who tech’d the lighting. Dean Roberts was the Tour Manager, and Phil ‘Tico’ Ryder was Production Manager. 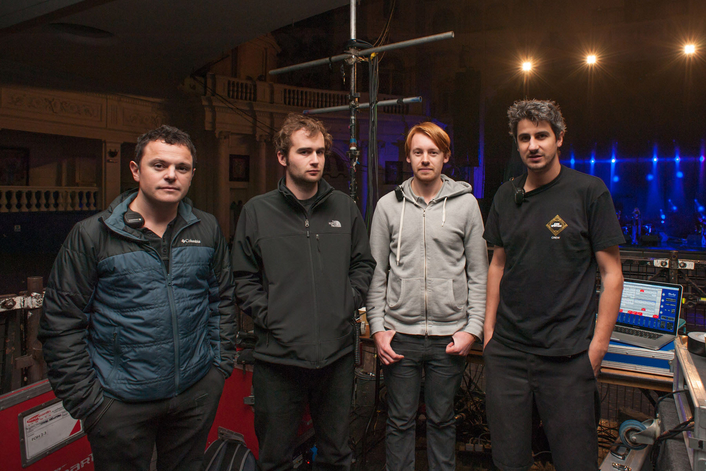