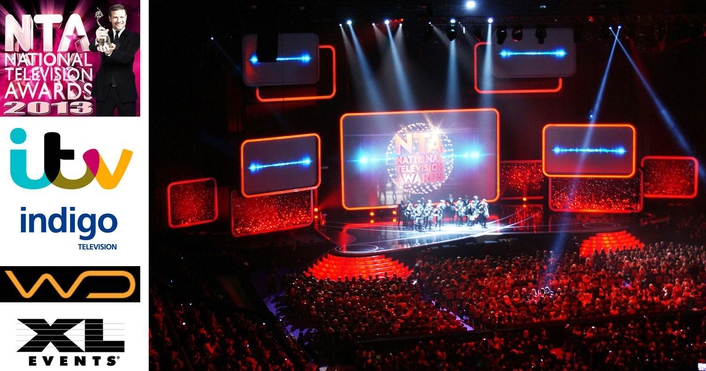 Working for producers Indigo Television, the event was project managed for XL by  Paul Wood. XL has been involved in the event – this was its thirteenth year – since 2005, in which time the production video elements have expanded significantly.

This year, the stage and set was designed by Wieder Design from Munich, well known for their work on German Idol, X-Factor and a myriad of other high profile TV extravaganzas.

The large screen used four of XL’s new Barco HDF W26 26K projectors. Each of the outer screens was fed by a pair of Barco HDF W26s.

Four front projected live relay repeater screens were located around the O2 ensuring that everyone had  a clear view of all the onstage action and excitement, and each of these was fed by Barco SLM12 12K projectors. 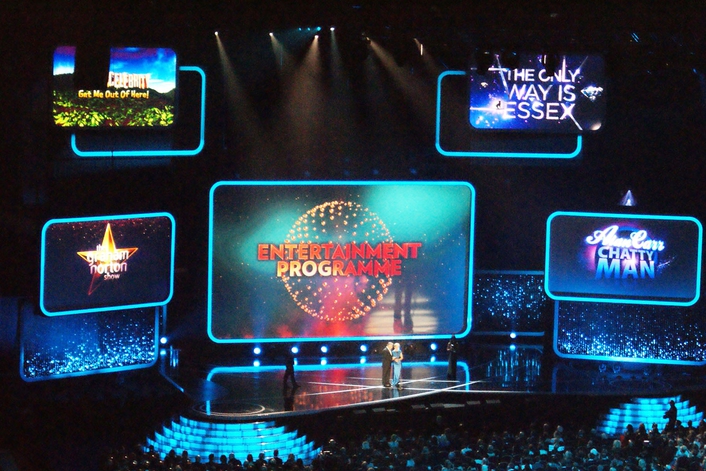 For Show Playback, XL supplied three Catalyst media servers, two Grass Valley Turbo2 hard drives and a laptop running Keynote. The event’s video content was uploaded and stored primarily on the Catalysts, which were programmed and operated by Jonathan Bond.

All the video sources were switched and output to screen via a 6 output Barco Encore screen management system.

The get-in schedule and tight rehearsal timeframe was the main challenge for XL’s crew who worked in two shifts - day and night - to be ready for the first rehearsals. All ran very smoothly and the event once again proved a major success, honouring the public’s favourite choices of programmes and personalities appearing on British TV throughout the year.

Paul Wood comments, “It was great to be involved in The NTA’s once again and to be working for Kim Turberville and Andy Bates (Indigo Producers). Production values continue to be high on the agenda and the new design was inventive and challenging.”