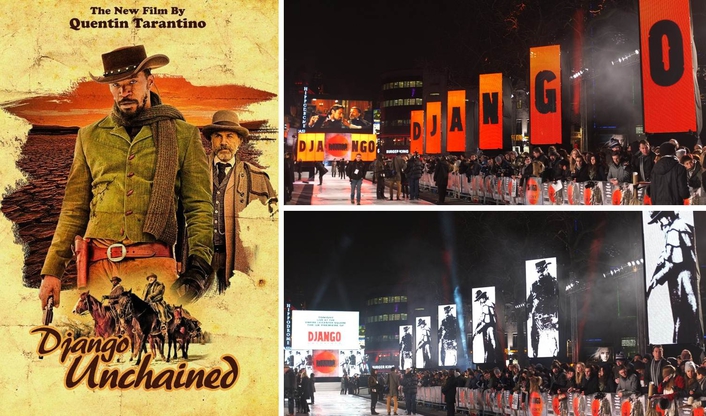 Premier, who produced the premiere, brought in XL Events to supply the visual elements for the ‘red-carpet’ arrivals including stars Jamie Foxx, Samuel L Jackson, and Tarantino himself.

The special Django Unchained white carpet spanned the top side of Leicester Square leading to the door of the cinema. Alongside the carpet, XL Events hung six vertical screens each made up of 12 tiles of Pixled’s lightweight, high-brightness F-12 LED. The screens displayed images of characters from the movie, as well as spelling out DJANGO.

At the far end of the carpet a stage was situated which was used for celebrity interviews conducted by Alex Zane, host of the Guest List movie show on Sky Movies Premiere.

The rear of the stage held 72 tiles of XL’s versatile Pixled FX-11, which showed character images and logos from the movie. Both the FX-11 and F-12 were chosen for their suitability for outdoor events. 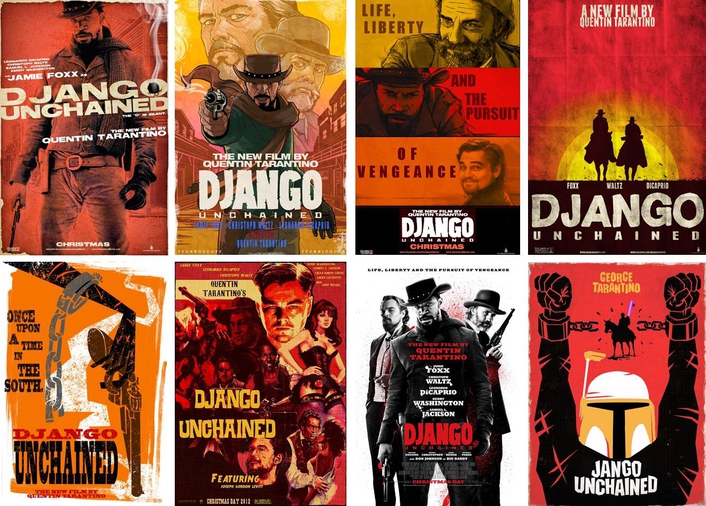 Content across all the LED screens was controlled via one of XL’s Catalyst media servers.

Project Manager for the premiere was XL Events’ Mark Rooney. With a team of five crew – four LED techs and a catalyst operator, the load-in and set-up took place on the day of the premiere, with the load-out taking place directly after the event to minimize the disruption to the location.

“It was a pleasure to work with Premier again, and with the lighting, sound and production teams for the premiere of Quentin Tarantino’s Django Unchained,” said XL’s Mark Rooney.

“The content looked stunning on the stage LED screen and the six hanging screens along the red (white) carpet, and I believe even Quentin Tarantino and Jamie Foxx passed comment about the great visual presentation that the UK production team created for the event.” 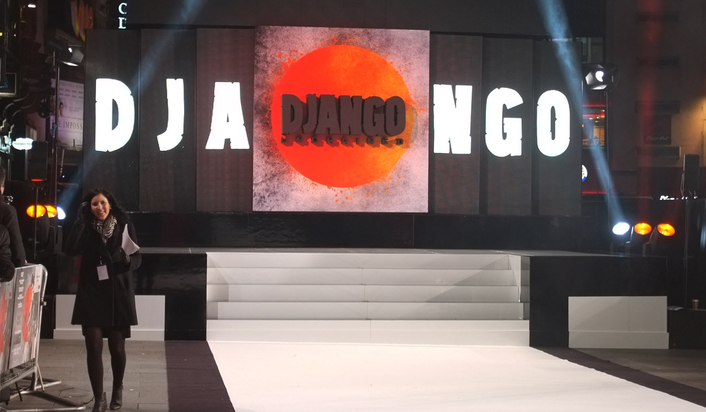