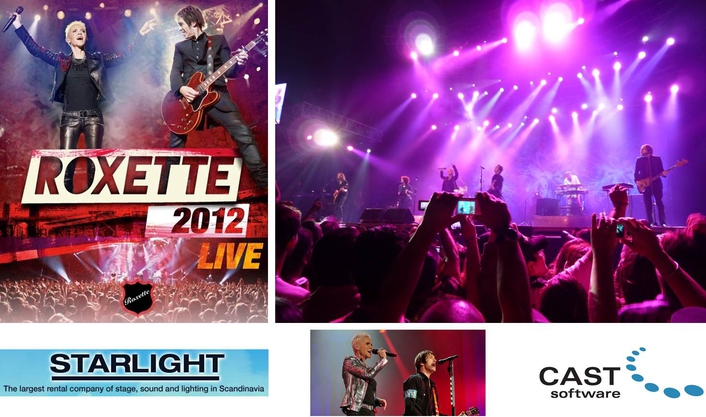 Calle Brattberg is the lighting designer, set designer, programmer, and operator for the tour
wysiwyg, the award-winning previsualization suite from CAST Software of Toronto, Canada is on the current world tour of the superstar band Roxette. The Swedish band, headed by Marie Fredriksson and Per Gessle, was formed in the late '80s and are known for their international hits, including “The Look”, “Listen To Your Heart”, “Joyride” and the classic love ballad “It Must Have Been Love”, which was featured on the soundtrack “Pretty Woman” and sold 9 million copies. The group has had 33 chart-busting singles and total record sales exceeding 75 million.

Roxette began their current world tour in Feb 2011, their first world tour since 1995, and have so far visited Europe, Russia, South America, and South Africa, with the 2012 leg covering Asia, Australia and Scandinavia, for a total of over 120 performances.

Calle Brattberg is the lighting designer, set designer, programmer, and operator for the tour, as well as creator of the wysiwyg design used for lighting the show.

The main lighting for the Fall leg of the Tour was supplied by Starlight in Sweden, consisting of 40 Martin MAC 2000 Wash, 39 Vari*lite VL3000 Spots, 11 Vari*lite VL2500 Spots, 10 SGM Ribaltas, 11 Cromlech JARAGs, 14 Martin MAC 301 LED washes and 18 2-lights by James Thomas Engineering. Brattberg’s own company, LXworks, is the supplier of the MA2 lighting desks and signal racks and Hippo Critter media servers by Green Hippo. The 2012 part of the Tour will pick up different kits from different vendors at almost every show, although using the same design.

Pre-programming for all lighting and video was all done by Brattberg using wysiwyg Perform, beginning in September 2011 in his previsualization studio in Stockholm. Video content was created by Brattberg, alongside Peppe Tannemyr of Digigobos.

Brattberg explains, “The benefit of working with wysiwyg is enormous. All preprogramming including video content was made and adjusted in wysiwyg before we went to production rehearsals and it saved me a lot of time since the rehearsal time was only 3 days with the band.” (The band has been together for over 20 years so long so rehearsals are not necessary for the music.) As well, and just as important for the Tour, all communications with vendors and venues were enhanced and simplified by reference to the plots done in wysiwyg.

Brattberg continues, “I was using R27 for all the pre-programming, however, the 2012 segment will be done in R28. I will also be using R28 in 2012 for many other projects such as the popular Peace & Love festival plus the Swedish Melodifestival 2012.” 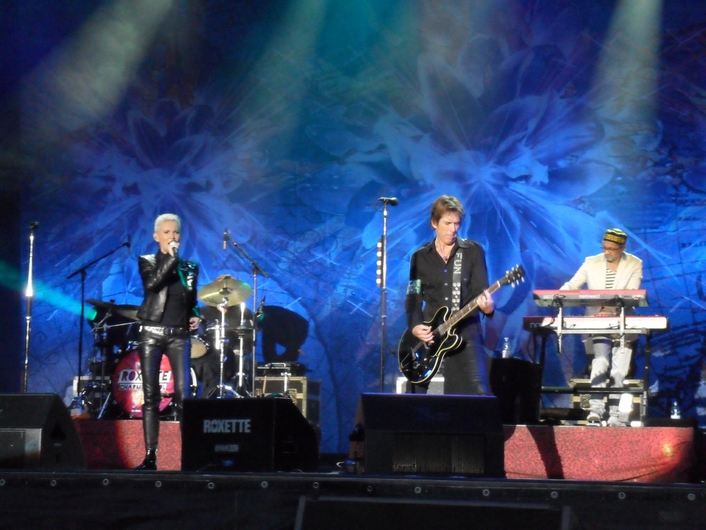 Brattberg happened to be one of the lucky winners of the daily prize drawing at the CAST booth during PLASA 2011, winning a 1-year wysiwyg Perform Membership. “This was just icing on the cake,” explains Brattberg, “I was already using wysiwyg – in fact it’s such a standard in Sweden that it’s actually difficult to work efficiently with others if you don’t have it. So winning a year Perform membership was the perfect prize. Thanks CAST!”

Brattberg adds, “I’d also like to thank Starlight for their great support of gear and great engagement in the project, and One Two sales in Sweden, the retailer for wysiwyg and all of the LXworks lighting gear. Finally, the whole Roxette band, management and crew for just being fantastic professionals for being so great to work with.”