Colour Sound Experiment is supplying lighting for the current Tom Odell tour, a lively and eclectic mix of dynamics and style created by Jonny Gaskell who has been on-board with the popular singer / songwriter since April this year. The current touring campaign follows the launch of his second studio album, “Wrong Crowd”.

The tour started earlier in the year and included a festival run, with this leg being the first full on production design tour carrying a full lighting rig … for which west London based Colour Sound made some new investments.

The design process started with Tom – who actively contributes ideas – requesting some frames onstage to give a basic form, so three – outlined with Martin Sceptrons – were the starting point of the design. The largest one in the centre is covered in gauze enabling the cheetah head from the album artwork to be projected - achieved using a Robe BMFL Blade profile moving light fitted with a custom gobo, which is very effective. 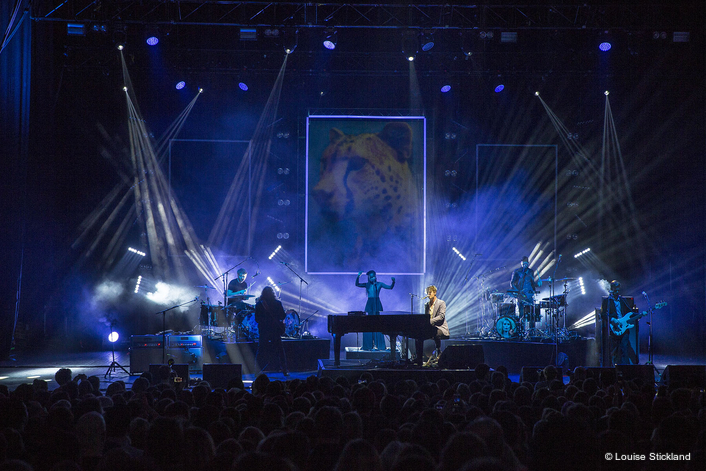 A general lighting aesthetic has evolved based on the interplay between shadows and silhouettes and different angles of light created by well-placed fixtures on the floor bringing an additional organic movement.

Jonny is pleased to be able to take a more traditional theatrical approach in contrast to his work with drum ‘n’ bass artists Rudimental which has also been ongoing throughout the year.

Using the frames as the basic stage architecture, Jonny added four columns in between these which are rigged with 24 x ProLights AIR6PIX moving battens – 6 per tower – running top to bottom, alternated with 24 x 2-lite Moles. Drop bars from the truss meet floor based towers to make it one continuous run of scaff anchored top and bottom. 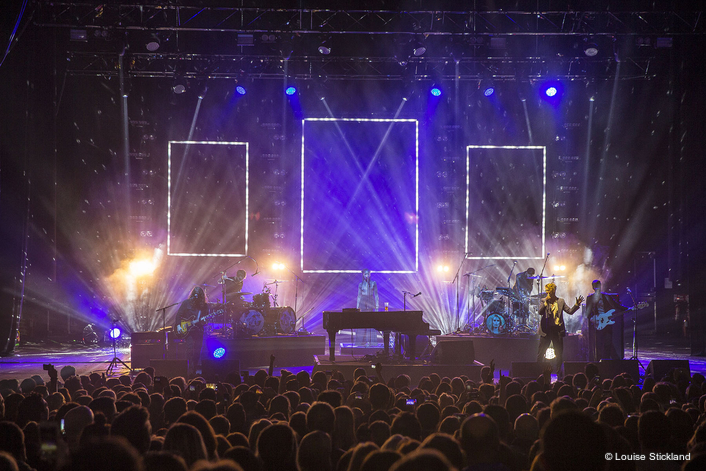 Jonny likes the versatility of the AIR6PIX which have a pivot function allowing them to split into two fans of 3 RGBW LEDs, and the individually controlled LEDs can be pixel-mapped for further versatility. “You can get a lot of looks out of a small unit” he says, and Colour Sound purchased them for the tour.

The Sceptrons were also new. Jonny spec’d these for the great range of colours and effects and they make the frames into an effective digital backdrop to the stage.

In addition to this, there are three standard overhead trusses. 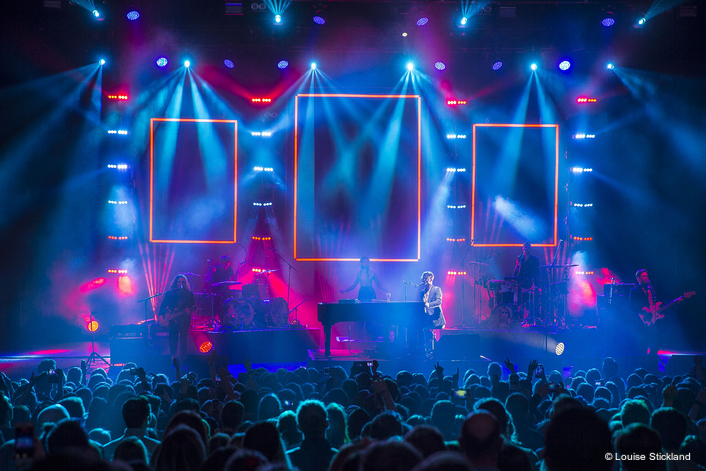 The front truss is rigged with Robe MMX Spots for key lighting and specials “They are hugely more versatile than a standard static profile,” enthuses Jonny, and the BMFL Blade doing the centre projection is also on this truss, together with four 2-Lites and four Claypaky Stormy LED Strobes which kick some serious ass!

On the mid truss are four each of Robe Pointes, LEDWash 600s, 2-Lites and Stormys, all used for filling the centre stage and lighting the band and riser areas. On the back truss are another six Pointes for multiple effects and six LEDWash 600s for rear washing.

Moving down to the floor package, along the upstage edge are six Pointes filling up the area with low beam looks. Another six Stormys are dotted around plus four half mirror-balls which are a signature Jonny Gaskell visual ‘must-have’. 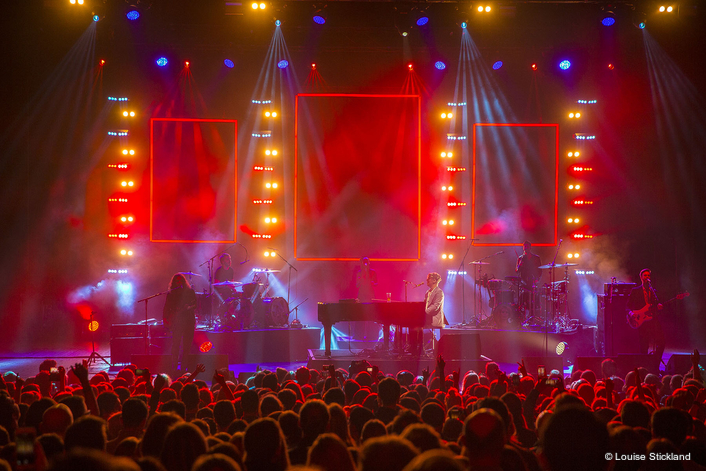 Staying on the deck, downstage left and right are a pair of LEDWash 1200s to catch Tom when he moves away from the piano which is downstage centre, and there are six LEDWash 600s dedicated to creating shadows and silhouettes on the band.

It’s not a massive rig, but Jonny gets a substantial amount from it, keeping everything fresh and invigorating throughout the set which veers from soulful ballads to pumping rock ‘n’ roll.

Before the UK tour, they completed a US tour using house rigs, some of which were very minimal, so when it came to the relative luxury of having a production rig, Jonny still makes sure that each fixture works very hard. 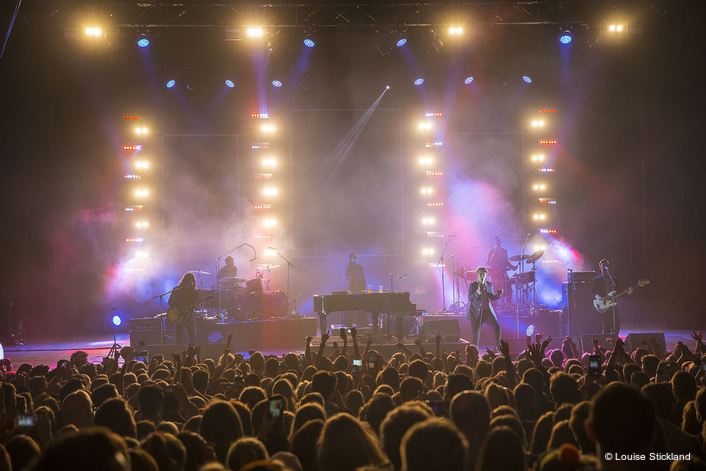 “Tom at the piano is a very powerful performer, and there are a lot of subtleties in the music and his lyrics, so I also don’t need to over light,” says Jonny. “It’s a case of finding a good balance and keeping it looking interesting”.

Colour Sound’s crew for the UK leg of the tour is Toby Lovegrove, and working alongside Jonny as associate and programmer is Joe Beardmore – the pair has managed both Odell and Rudimental between them through a busy few months. When Tom Odell goes to Europe, it’s just Jonny and Joe with most of the rig.

Jonny is enjoying working with Colour Sound again, “I always receive outstanding service … and a real willingness to facilitate the design with new kit,” he says. He uses Colour Sound for a lot of his work including Rudimental and fashion brand Superdry.