On the Winning Side: grandMA2 Joins 12th Latin Grammy Awards 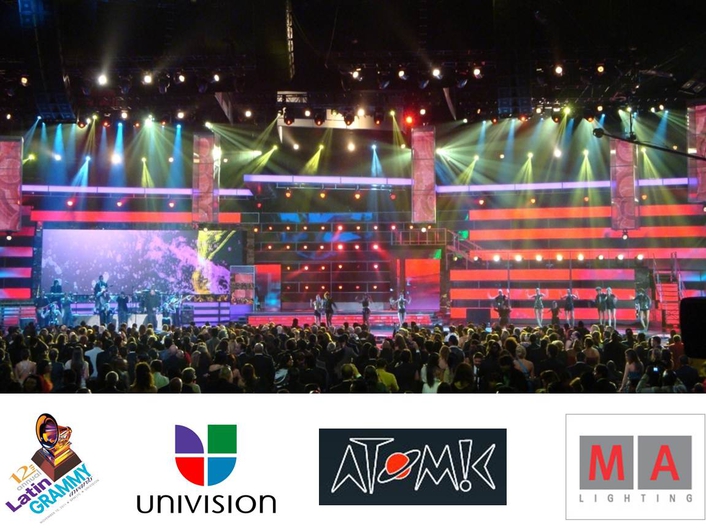 Since its debut on Univision entirely in Spanish in 2005, the Latin Grammy Awards show has consistently increased its ratings worldwide; it is also one of Univision’s highest rated shows as well as the most watched and highly regarded awards event by Hispanics.

Atomic’s vice president of operations Brett Puwalski, who has served as the show’s gaffer for the last five years, reports that the grandMA2 performed “solidly – as always.” For video programmer Laura Frank, the Latin Grammy Awards marked her first big show with the grandMA2. “Everything went very well, and Laura loved them,” says Puwalski. “This was a very video-driven show with video projection, LEDs and VersaTubes.”

Lighting programmers Felix Peralta and Kevin Lawson had used the grandMA2 on “Sing Off” and “America’s Best Dance Crew,” but the Latin Grammys were their first experience with the system’s new software release. “Sometimes software upgrades come with bugs and issues,” notes Puwalski. “But there were no complaints about the new software. We hope to stick with the upgraded software whenever possible since everybody loves its added features.”

John Daniels and Darren Langer were the lighting directors for the Latin Grammy Awards; Alex Flores, Dave Hunkins and Mike Smallman the lighting technicians; and Jorge Dominguez the scenic designer.