WIcreations in a Spin in Spain with Malú 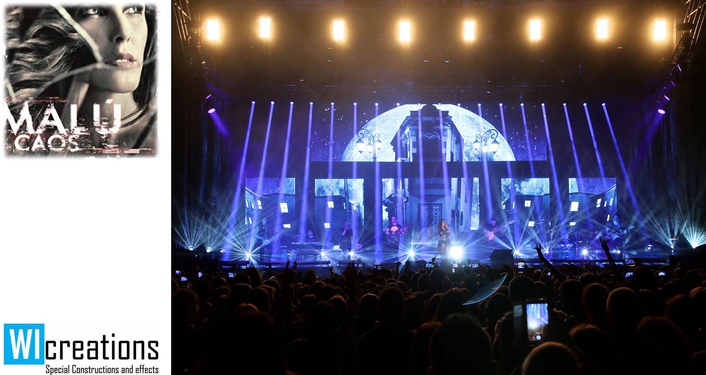 Malú – niece of famous Flamenco composer and guitarist Paco de Lucia – hit the big time and had her first hits as a teenager in the 1990s, which has been followed by a truly stellar career. This current tour lasts until November and will have played 69 dates in Spain by the time it concludes.

WI’s Geert Stockmans project managed the automation elements of the set after the company was contacted by production manager Manuel Bustamante, with whom they worked earlier on an Alejandro Fernandez tour, also supplying customised lighting pods that moved.

Four of the five moving objects measure 1.9 metres wide by 3.80 high with the centre one at 3.8 metres wide by 3.80 high, and all are constructed from a trussing frame clad with 20 mm pitch LED panels on one side and a matrix arrangement of Robe Pointe moving lights on the reverse – nine fixtures each on the smaller ones and 18 on the large pod.

The free-standing floor bases are made from a selection of WI’s standard rental stock trussing combined with special adaptors, feet anchoring them to the floor and one of WI’s rotating elements mounted in the base.

Once the basic methodology was established, WI designed and fabricated the trussing frames to which the LED panels and the moving lights are rigged. The rotators are controlled using Kinesys Vector automation software – a stable and solid product used frequently by WIcreations as control solution for all their automation solutions. 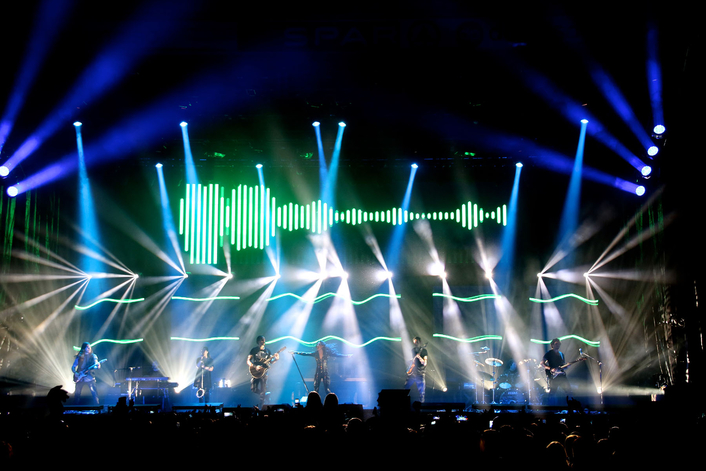 While the dialogue relating the project had been ongoing some months between WI and Malú’s production, when they received the green light to go ahead, they had just 16 days to engineer and deliver the fully working system, so this became the biggest challenge.

“It was a relatively straightforward process, but realising it in that time was a pressure” confirmed Geert, although this is also where WI’s aggregate knowledge and experience was invaluable in making the deadline.

A full test set-up was completed at WI’s extensive warehouse facility and workshop in Heist-op-den-Berg prior to delivering the system to production rehearsals in Madrid.

Integral to the package are touring dollies that the objects pack into neatly for stowage and transportation as well as efficient loading / unloading. As with all WI turnkey projects, their engineers also provided on-site training for the show’s crew to operate and maintain the system.

This is one of several ongoing projects in Spain for WI where the market definitely seems to be picking up and reviving after the GFC, with numerous Spanish artists hitting the road to get out and reach their loyal fanbases directly.