Entertainment engineering specialist WIcreations was asked to create an innovative solution for the current Massive Attack tour. The video design, created by United Visual Artists (UVA) - needed a full horizontal section in the middle of a 14.4 metre wide by 6 metre high flown Roe MC7 LED screen - to protrude from the rest of the surface by half a metre.

This was to make specific text statements, facts and figures being displayed really stand out.

Massive Attack are known for their political conviction, raw, visceral lyrics, provocative subject matter and dedication to producing cerebral and thought-provoking shows exposing official lies, twists and economies of the truth … wrapping it up in an entertaining and emotive live experience.

Their specific text-orientated video content has become a unique aesthetic signature for their performances, and making the lines of text stand out physically for this production was fundamental to the whole visual design concept.

PRG XL Video project managers Phil Mercer and James Morden contacted WI to ask if they could find a practical and tourable solution for this requirement.

Led by project manager Koen Peeters, the Belgian based WI team came up with a design for adapting PRG’s existing LED screen touring frames – samples of which were sent over for them to work on.

The main parts of the screen are constructed from MC7T screen which is transparent, allowing lighting effects to bleed and blast through from behind, while the raised ‘letterbox’ section is made from MC7NT which is solid. 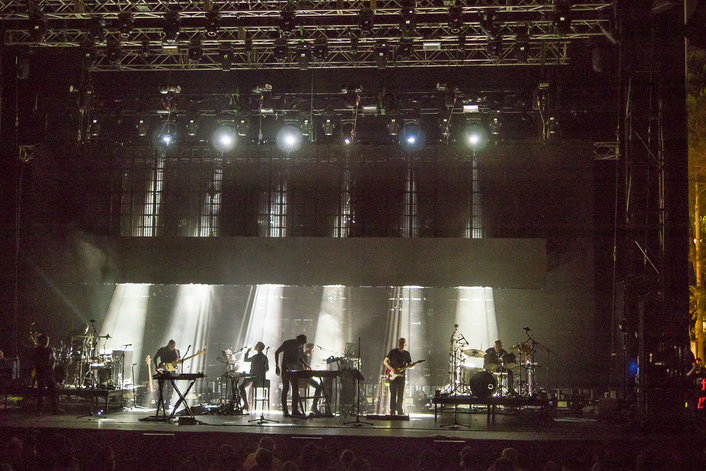 The strip is 10 panels wide by 1.2 metres high and the lines of content appearing on it resemble redacted text from government documents. The letterbox can also be dramatically outlined with MAC Vipers shooting through from behind and appear as an imposing sculptural monolith.

WI designed and fabricated internal sub-frames with additional hinging that attach to the front via special conical connection pieces and cantilevering at the back of the touring frames to keep the balance.

The protruding panel supports are practical, quick and easy to assemble, rig and de-rig, essential in a festival scenario.

The hinges are made out of aluminium so the weight is minimal and furthermore, they fold down flat and are stored and travel in the existing LED touring frame dollies – a neat and inventive idea taking up no additional truck space and maintaining the original transport footprint.

The timeframe was very tight! Just three weeks from the initial inquiry from PRG to WI delivering the ten full frame assemblies for the tour … but WI is used to working to deadlines. 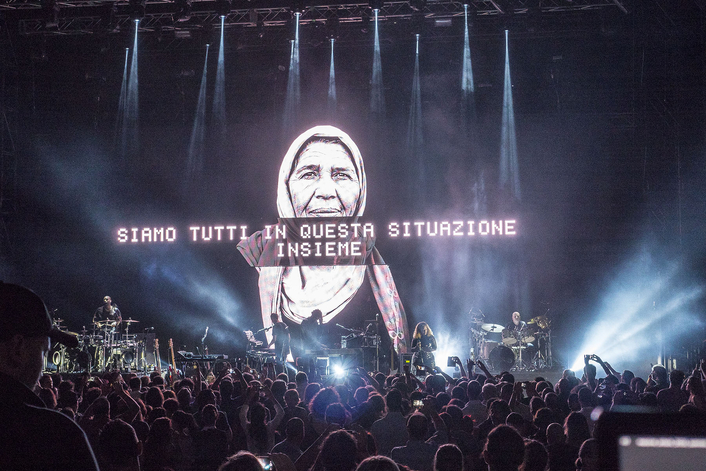 Phil Mercer was impressed with the turnaround time and also with the service from WI.

“We asked WIcreations because they can produce high quality custom engineering and provide all the necessary structural calculations and health & safety documentation that’s required and needed to be advanced to production”.

Icarus Wilson-Wright who is video director on the road with the band is also pleased with the results, “They have done a really nice job,” he says of the hinged frames. 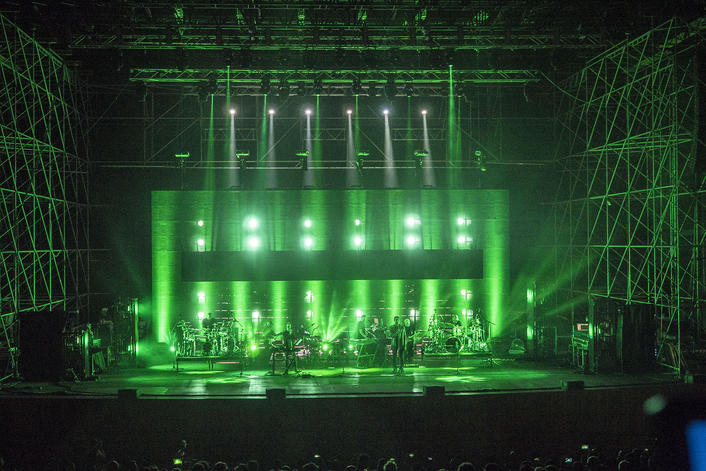 The tour continues playing a mix of own shows and festival headliner slots in Europe throughout the summer.

Lighting is designed by Paul Normandale and being operated on the road by Hunter Firth. Video content was also produced by UVA. Peter van der Velde is the production manager and tour manager is Shaun Martin.