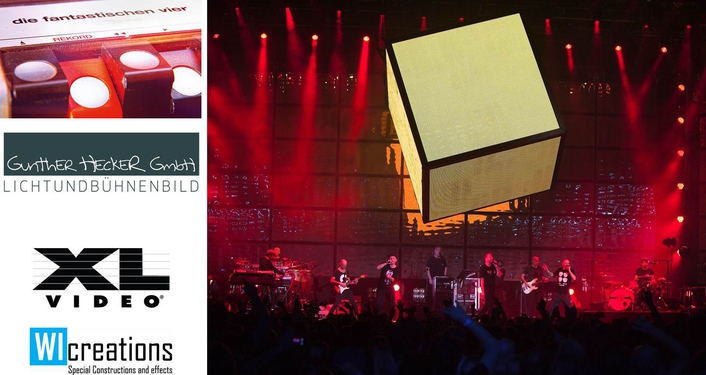 The striking video feature – which moves on all axes and rotates throughout the show – is at the hub of the spectacular and inventive set, lighting and visuals show created by Gunther Hecker.

In addition to displaying conventional playback video, its different fascias are used as alternative lightsources. In the second half of the show, three large sections of gold mirror surface rise up  from ground level around three sides of the stage, and the video takes on yet another dimension with these used to bounce and reflect its ambient light back onto the stage. 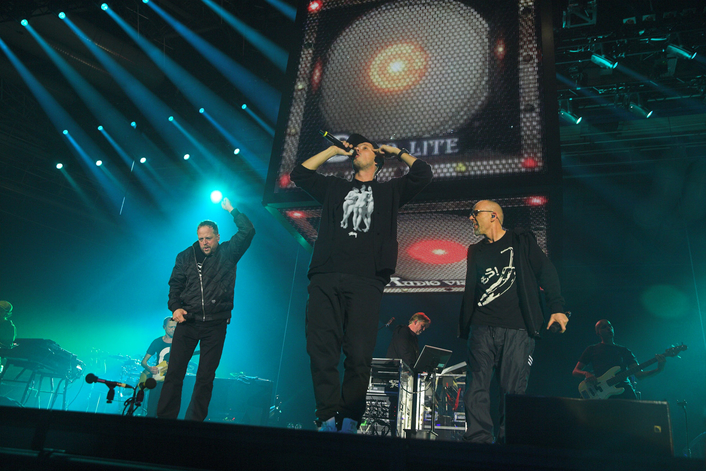 The Wicreations team led by project Manager Yves Vervloet, was approached by Steve Ackein from XL Video - the tour’s video contractors – and asked to design a cube that could be assembled and de-rigged in a reasonable time  and would work on a two month back-to-back tour. It also had to be as light in weight as possible.

There lay the two main technical challenges that energized the experience and reputation of Wicreations to think ‘out-of-the-box’.

First was the weight of the construction had to be minimized, and due to the amount of cross-bracing required to make cube shapes rigid and robust … this adds up very quickly!

Second was designing the object complete with a speedy, efficient procedure for building and dismantling at each gig. The cube had to be fully broken down for transportation and expedient packing in the truck, however during this process, the interior also needed to be accessible for cabling and checking the video processing equipment.

Yves explains how smart design, which kept the number of pieces required in the structure to a minimum, was the key to reducing the weight, so the cube utilizes eight aluminium corner elements and 12 connecting pieces and is braced with steel wire cables, all of which hold the cube together.

The complete structure weighs 3.6 tonnes including the video surface, and it’s flown and moved via a Cyberhoist system. 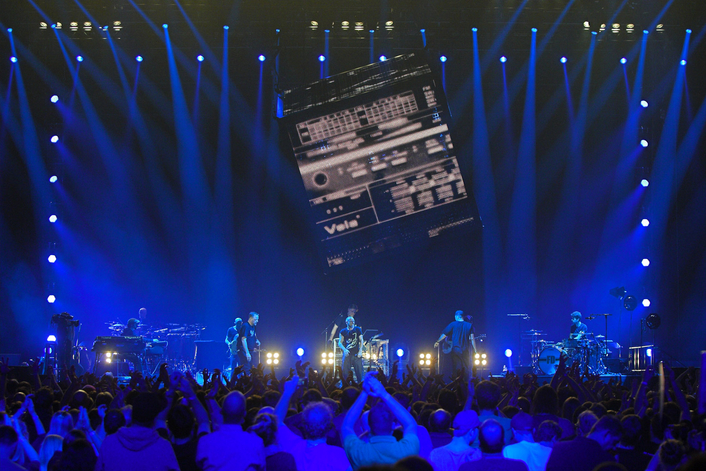 WI’s R ‘n’ D department led by engineer Wessel Fortuin calculated the loaded frame parts so it would be possible to lift the cube from a single point in the ‘diamond’ orientation if desired.

XL Video’s touring frames loaded with the cube’s Radiant 18 Hybrid screen product are clamped to each face of the structure via 16 special quick-lock connectors – avoiding the need for any special tools -  inside the frame profiles, which also maintains a neat black screen border with no metalwork or external frame is visible. 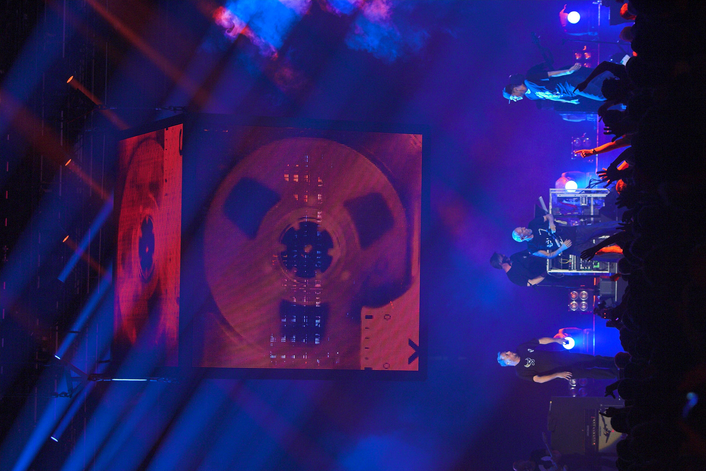 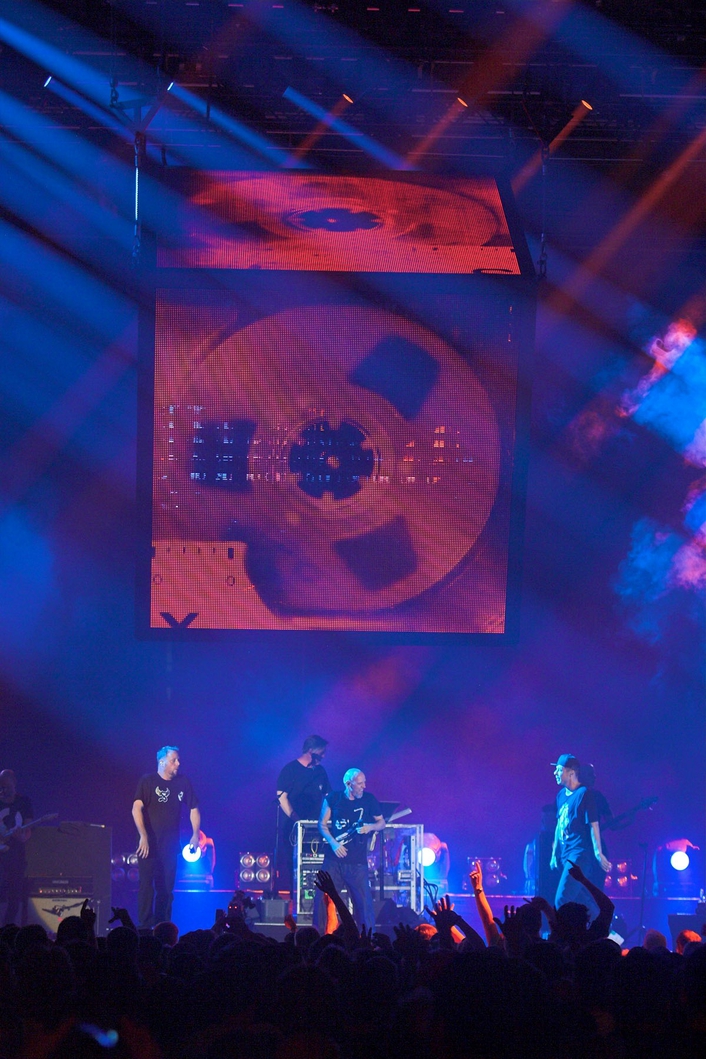 The sides are assembled piece-by-piece with full access to all the relevant internal electronics as needed. The last side making up the cube is moved into place with one video tile removed to give the final access, and when everything is plugged up and tested, the last tile is located in place and secured with four latching pins. This can be easily removed from the front side of the screen for maintenance, etc. as necessary.

A full test build / de-rig was staged at WIcreations facility in Heist-op-den-Burg before being freighted to Germany for the start of the tour which sees the Fanta 4 celebrate a 25 year career as one of Germany’s most successful live and recording artists. 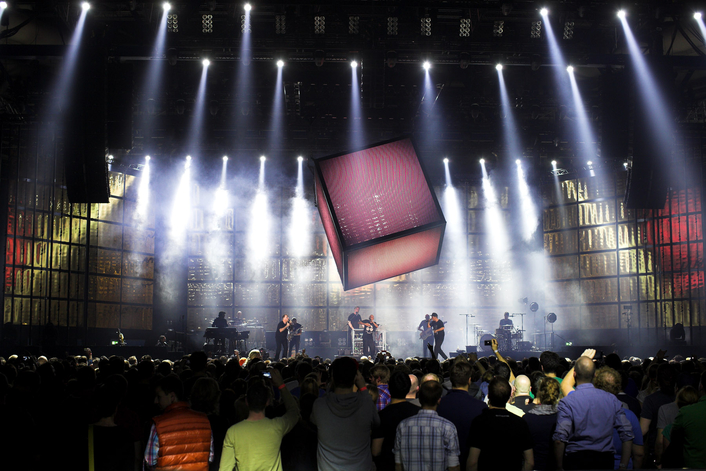 The cube superstructure was supplied to the band’s production as a sale from Wicreations, and is one of a number of special collaborations in recent years between Wicreations and XL Video.

Yves comments, “It was my first project with ‘The Fantastic Four’ since starting at  WIcreations, and I was very impressed with the quality of this and all their previous productions. The attention to detail is immense, and it’s great to see a stage design that is refreshingly different and video being used in such an inventive and imaginative way … it is definitely … fantastic!”