Belgian entertainment engineering specialist WIcreations was tasked with creating a neat and novel piece of technical wizardry for Coen Janssen, keyboardist with acclaimed Dutch symphonic rock band Epica … who wanted to be able to move his keyboards up, down, along and around the stage throughout their energetic live performances.

WI’s project manager Koen Peeters was initially approached by Epica’s lighting designer Erwin van Lokeren – familiar with WI’s work on various projects – and asked to propose a robust, reliable and tourable solution to enable Coen to whizz around the stage.

With only three weeks from receiving the order to delivering the finished completely bespoke  product to the band in time for the start of a new world tour campaign for their seventh studio album, The Holographic Principal, WI designed and fabricated two different systems to suit different venue / stage sizes and scenarios. 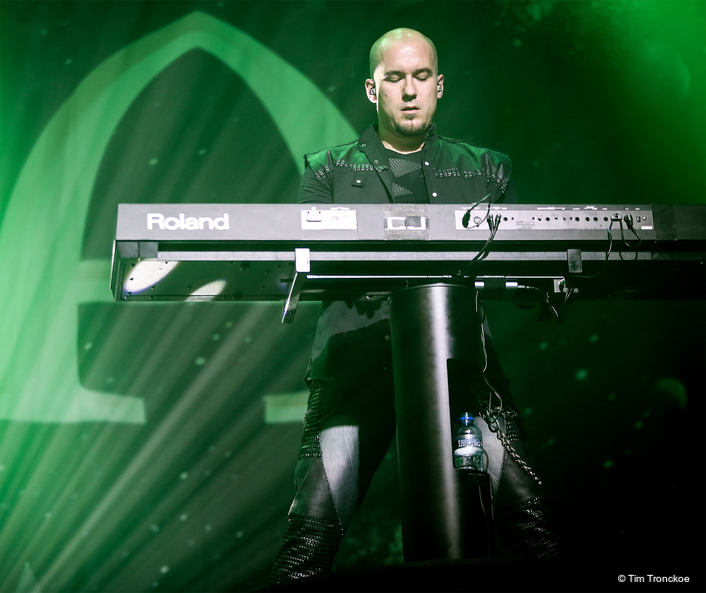 Coen Janssen takes up the story, “As a band we are known for thinking ‘out-of-the-box’ and had toyed around with the idea of a track for the keyboards to take my setup around the stage and enhance my stage-act as a whole.

“As it has never been done before, we needed a company with enough experience and imagination to realise an idiosyncratic request. We asked around a bit  … and came up with only one name : Wicreations!” 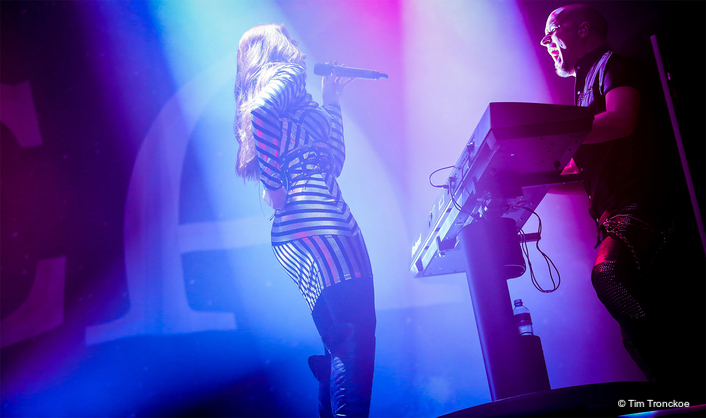 One system is a complete riser built from 15 sections with a fully integrated 10 metre U-shaped track, into which the bottom of the keyboard stand pillar is guided, allowing Coen to freely move the keyboard rig along the track at the speed of his choosing. Braked wheels are also included on the base of the keyboard stand and can be used if desired.

For smaller venues and festivals there is a stand-alone version of the same shaped tracking system, designed to be utilized for overseas shows, festivals, etc., and carried as part of a specials package.

In both cases the systems break down into components that fit tidily into custom dollies for practical transportation that is expedient on truck space, or in the case of the stand-alone version, that fits into a single bespoke box pallet for air freighting.

Coen’s previous keyboard stand could already rotate, but for this WI built a completely new industrial strength mechanism to ensure it was compatible with the tracking system.

The larger system is designed in a rolling riser format, made up from 15 staging sections with wheeled legs (one metre and 60 cm. leg options are both in the dollies) which lock together using coffin-pins to ensure a perfect line-up. These can be pre-built behind the scene and rolled into place to ensure an extremely quick change over during festival gigs.

There are even two extremely useful shelf areas either side on the upstage sections for storing associated and other kit underneath. In this configuration, the drum riser sits directly in front of the keyboard riser. 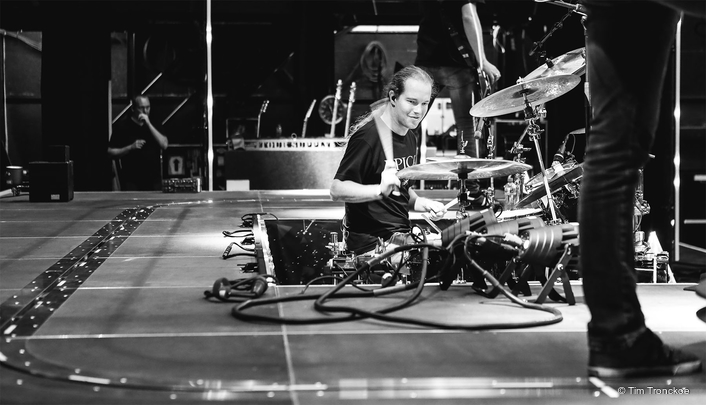 For festivals it can be deployed onstage in under 20 minutes – which was one of the briefs from the band and their technical team.

Both Coen and Epica guitarist Isaac Delahaye took a keen interest in the project, visiting WI’s HQ at Heist-op-den Burg several times during the build. Coen says, “WIcreations delivered exactly what we needed on time and with a fantastic eye for detail”. 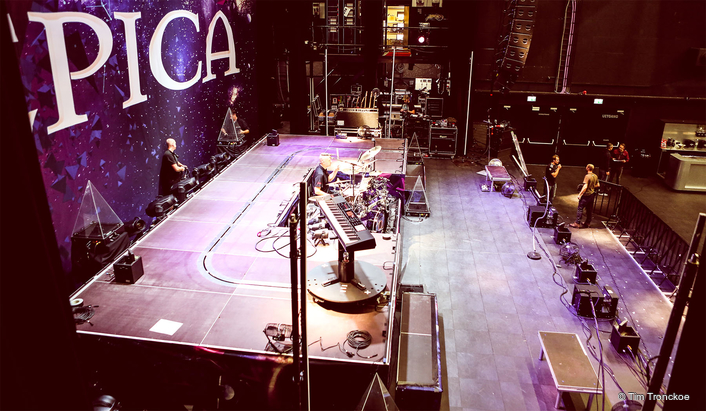 “They were great to work with” commented Coen on Epica, “they knew what they wanted, they were very approachable and took time to discuss many details, all of which were relevant to how the system worked for their shows. Overall it was a real fun project!”