What is 'Broadcast' and what is 'Web' Quality ? 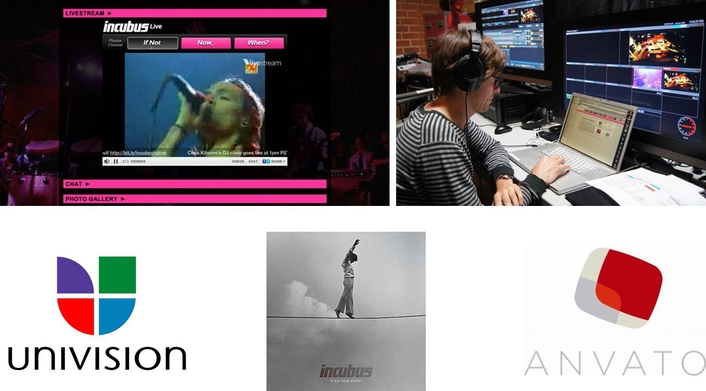 The event celebrated the release of the multi-platinum rock band Incubus' new album, "If Not Now, When?" The producers were able to create HD clips live from multiple broadcast feeds through the use of Anvato?s platform, which provides a series of features, including workflow integration, video management, transcoding, multiplatform syndication, and award-winning video analytics. More than two million participants watched and interacted with Incubus during the seven-day run, making it the largest audience for a music event on the web.

The event was broadcast via Livestream, and through www.incubushqlive.com, www.enjoyincubus.com and www.incubusHQ.com and other media partners, including MTV, capturing the series of Incubus intimate performances at a downtown Los Angeles gallery space (dubbed "Incubus HQ Live") which included live interactions with Incubus fans on the web and in person.

Multiple cameras were set up around the space to capture impromptu live sets, live web streams and instructional clinics for what became a real-time documentary. More than two million participants watched the interacted with the band throughout the week-long event, with 1.2 million active Facebook participants and nearly 50,000 Twitter mentions. Additional live streams were fed into the stream, in the form of "lifecasting" cameras placed on each band member, crew member, and even the band?s mascot Duke the Dog (for the first-ever "dogcam" on a webcast event) for first-person perspectives of the event. The lifecasting channel, dubbed the NOW channel, joined the documentary IF NOT channel, and the surveillance camera feeds of the WHEN channel for a true 360-degree view of the entire event. 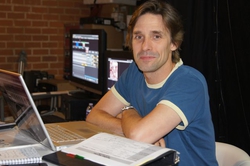 "The challenge of creating a broadcast production studio with multiple real-time HD video streams is relatively new to the web, and we needed to deliver clips to various web, cable, and broadcast outlets in a real-time mode. Anvato's live clipping features enabled us to pull key moments in real-time and feed them out, without having to do separate edits after the fact," said Scarpa. "The value of this kind of feature for live webcast production is massive; it enables an output capability that was previously not possible, with a quality level and a monitoring capacity that satisfies all rights holders and syndication partners equally."

Anvato will introduce the next generation of its Media Content Platform later this summer. The platform uses patented Anvato Human Eye machine vision to remove and insert on-demand live sources, including commercials, and encodes in multiple bit rates, managing metadata and provides secure syndication. Customers can install the Anvato Media Content Platform behind their own firewalls, in the cloud, or through hybrid deployments, which reduces cost without compromising security.

Anvato currently manages all web video for Univision, as well as other broadcast customers 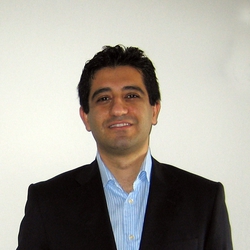 "We sought a premium, groundbreaking event with which to trial our new live editing and clipping features, and the Incubus HQ Live event was ideal in every way. Marc Scarpa is a pioneer in the live event broadcast industry, and he understood the value of what our platform could provide, in conjunction with his other technology partners," said Alper Turgut, CEO of Anvato. "The live event broadcast industry is blurring the lines between what is 'broadcast' and what is 'web' quality more and more, and we hope to enable a more seamless integration of broadcast-quality video across all networks, whether online, mobile, broadcast, cable, or satellite."