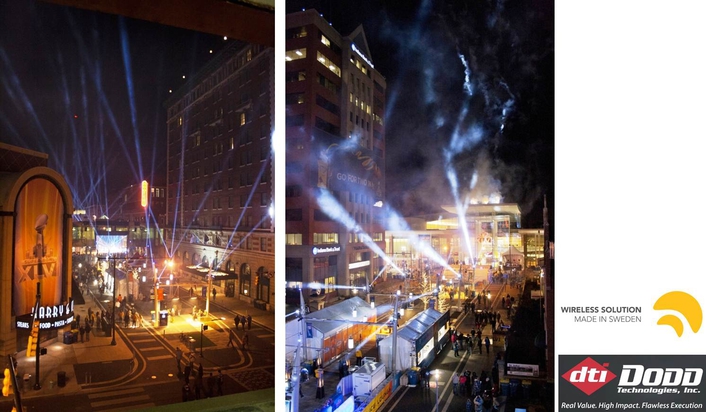 96 of the Platinum Beams were spread out across three city blocks
W-DMX™ by Wireless Solution Sweden proved to be MVP at Super Bowl XLVI, where Indianapolis transformed the heart of downtown into Super Bowl Village, a ten-day, three-block interactive festival of football. The Village entertained hundreds of thousands of visitors with live concerts, food and beverages, an ESPN Broadcast Studio, and even ziplines running down the main street.

96 of the Platinum Beams were spread out across three city blocks. At the beginning and end of each block there was a W-DMX transmitter, 6 in total. Each transmitter broadcast to half a block worth of lights and was fed with DMX from a grandMA2 port Node. 14 Platinum Beams were used on the main stage, fed from a W-DMX ProBox.

Jason Greene, Wireless Technician and Programmer explains, “We chose to use W-DMX because the number of fixtures, the fixtures' positions, and the weatherproof domes around the fixtures made running 5-pin DMX impractical. The solution worked perfect in spite of high traffic and cold temperatures.” 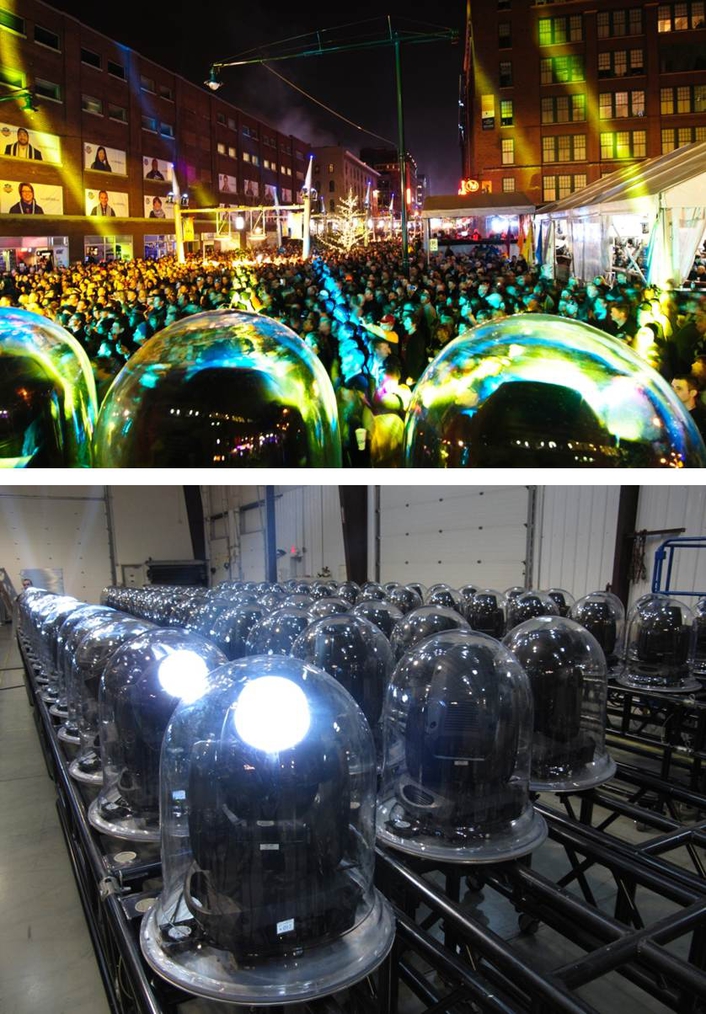