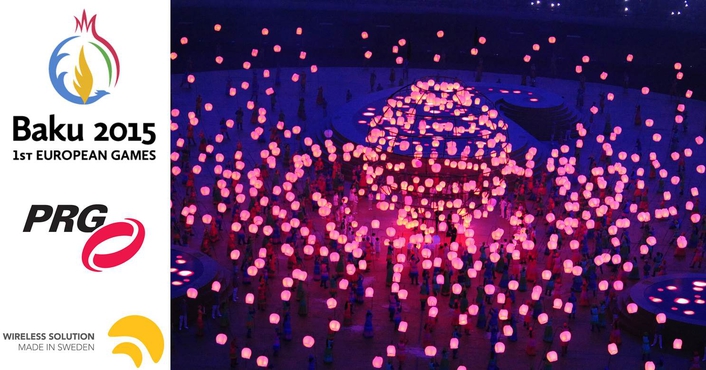 W-DMX™ by Wireless Solution Sweden AB made a beautiful exhibition during the recent Closing Ceremony for the first European Games at the Olympic Stadium in Baku, Azerbaijan on June 28. The inaugural event was broadcast throughout Europe and beyond and featured almost 6,000 athletes from 50 countries competing in 20 sports. The newly built 225,000-square-meter Stadium held a sold out audience of 68,000 for both the Opening and Closing Ceremonies.

The Closing Ceremony was filled with a lineup of stunning performances, showcasing a blend of Azeri customs and trends, both old and new, highlighted by the latest technology in lighting, staging, video and pyrotechnics. But the most majestic was the final act, which featured 900 lanterns carried onto the field of play by individual performers. 230 were equipped with a W-DMX OEM chip receiver for a custom LED pack inside each lantern. 180 of these were attached to a giant sphere chandelier, which was raised by hoists to hang over the center of the field. The other 50 were carried by volunteer children performing on the stage. A single W-DMX F-1 G4 Transmitter delivered signal to all 230 lanterns. “Every W-DMX chip was easy to install and worked perfectly,” said Duncan Turner, Director of Carbon Lighting, “The system was reliable and we had no problems.” 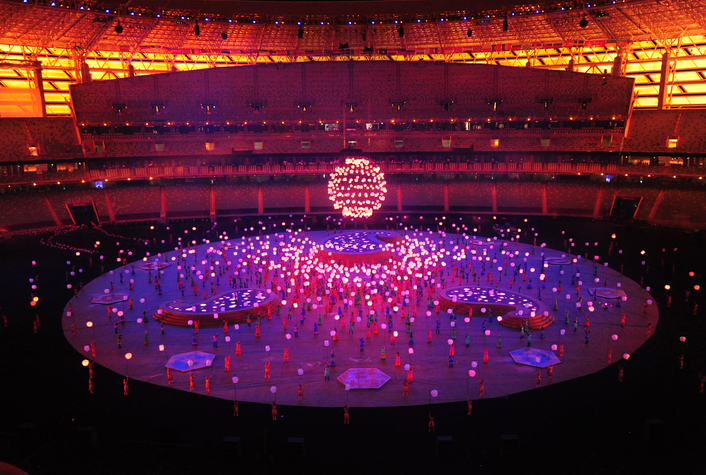 “The entire Closing Ceremony was really so creative,” said Niclas Arvidsson, CEO of Wireless Solution, “But the final act was special – after all the laterns were brought out and the chandelier was raised, all the performers in the show joined together on the field and had a giant dance party to the closing acts. All of the lanterns worked perfectly even in such a high traffic wireless area. We were proud to be part of this event.”

Wireless Solution Sweden is the world’s leading manufacturer of Wireless lighting control equipment, now celebrating 350,000 units sold worldwide and over 50 OEM partners. Hailed for its reliability and ease of use, Wireless Solution’s W-DMX range of products is the consistent choice for top professionals in the lighting industry and specified with perfect results in high-profile events and installations around the world. W-DMX is also hailed as the best wireless OEM solution. W-DMX has been used in major lighting applications including the Marina Bay Sands in Singapore, Lady Gaga, Coldplay, the Super Bowl and many more.