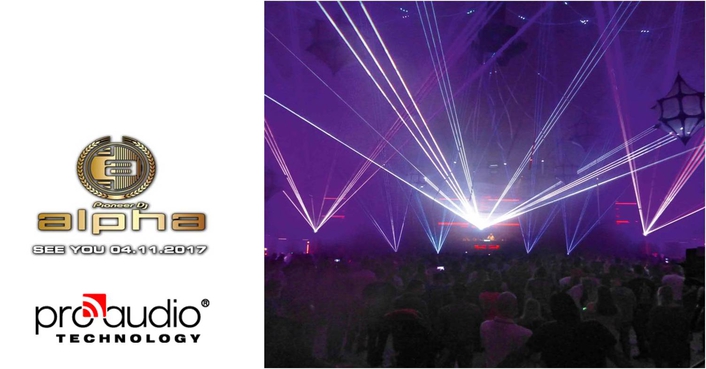 To the 20th anniversary of the biggest northern Germany indoor festival of electronic music “Pioneer DJ alpha” over 50 national and international known DJs such as Westbam, DJ Quicksilver, Charly Lownoise & Menthal Theo, Pulsedriver and Woody van Eyden and many more followed one right after the other for over 13 hours. Different music styles like modern EDM-, House- and Deephouse-Sound, Oldschool, Trance, Hardstyle, Hardcore, Hands Up-Tunes and also Goa Sounds were represented.

The sound of the Mainfloor including the VIPStage was realised with a VT20 system.  Two arrays with 2x 12 VT20 and a cardioid bass array with 36x VS18 formed the main PA.  The whole main PA was powered by only 6x DELTA 20.4-DSP system amps effortless hanging on only one 32 A / 400 V three-phase connection. For the nearfield 8x MT12 were used, which were driven four-ways.
The sound engineers at the venue spoke of remarkably detailed and homogenous sound, which impressed very much. 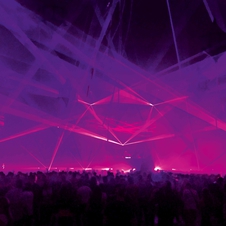 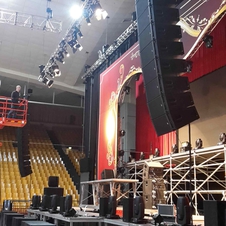 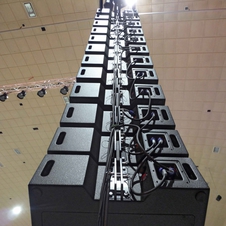 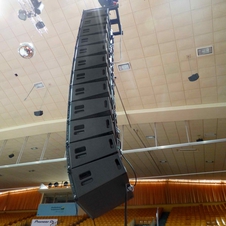 André Neuhaus (FOH) describes  his impressions as follows: ”A system in this size had to meet not only the client‘s expectation but also my own, which is based on experiences in the venue using another system. It worked well, remarkable was the homogenous sound over different sound levels. The tonal depth was great, especially at high sound levels it impresses with a clarity, which nobody would have expected. Even if you push the system intentionally to its limit, you do not have the feeling of losing anything. The fact that a performance like this can be realised using only a single 32 A connector to delight 7000 people with sound is astonishing. I think this clearly demonstrates a unique efficiency combined with sound stability, which gives a direct and detailed picture of the sound content. In case there are deficiencies present, they can very easy be located and this makes it easier working at the mixing desk.“