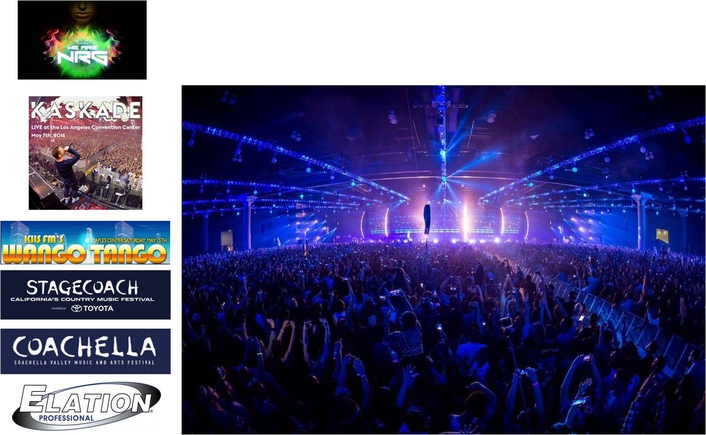 Popular American DJ Kaskade played the Los Angeles Convention Center on May 7th, his biggest solo show to date with 21,000+ attendees and the largest show of its kind ever held at the venue.

Southern California-based Visions Lighting is one of the busiest production and lighting companies on the U.S. West Coast with an ever-growing client list that includes some of our industry’s most influential events and artists. Serving major promotion companies like Insomniac Events, AEG and Goldenvoice, Visions has consistently turned to Elation lighting gear to fulfill lighting briefs and 2016 has been no exception with Elation products lighting this year’s Coachella, StageCoach and Wango Tango festivals among other events. Visions Lighting President Todd Roberts, who serves as the primary designer on many of the projects along with Visions’ in-house drafting team of Jake Forbes and Nathan Jones, sums up the reason. “I continue to go with Elation because the products hold up well and they have great customer service.” 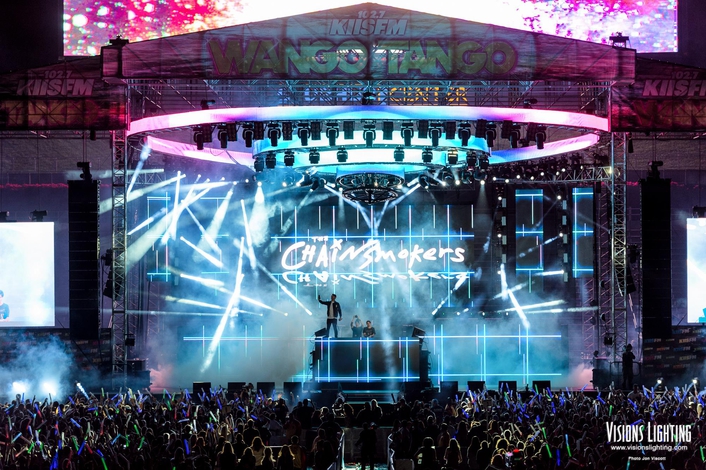 Visions used Platinum Beam Extremes, all flown on ladders upstage with some fixtures on the upstage floor, for all the artists on the Palomino Stage throughout the three days for eye-catching projections of narrow, dense beams. StageCoach is really the country music version of Coachella, which ended the weekend prior at the same location. “Although all weekends at both Coachella and StageCoach had dust storms, once again the gear all held up well and kept working like a champ,” Roberts said. 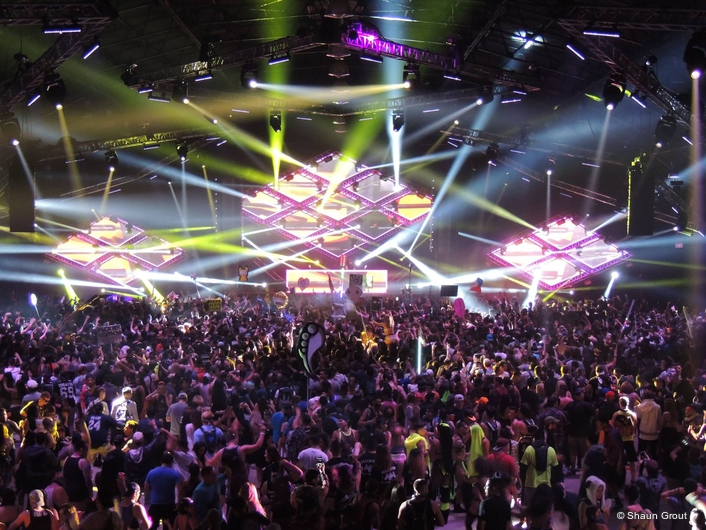 Kaskade at the LA Convention Center
Popular American DJ Kaskade played the Los Angeles Convention Center on May 7th, his biggest solo show to date with 21,000+ attendees and the largest show of its kind ever held at the venue. No production element was spared to fill the space and mesmerize fans for this epic show. Visions supplied the production, which included 148 Platinum Beam Extremes mounted on 300-foot long finger trusses that extended out over the audience, as well as on side trusses. Some 300 Epar Tri™ PAR lights were spaced on the finger trusses every 10 feet and used for truss toning. At the stage area, 40 Platinum BX beam lights powered out dense, long throw beams for spectacular mid-air looks while Lumina Strip™ LED wash lights mounted on six curved vertical poles gave washes and bursts of warm-white light.

Wango Tango
On May 14th at the KIIS FM Wango Tango‬ concert at the StubHub Center in Carson, California, Visions again provided a majority of the events’ structural and visual elements for an all-star line-up that included Ariana Grande, Chain Smokers, Gwen Stefani and many others. This year’s design included an impressive amount of video dressing virtually every aspect of the stage as visual support. Requiring powerful lighting fixtures to cut through the video elements, Roberts placed 76 Platinum Beam Extremes on ladders, on deck left, right and upstage, and on circle trusses to provide the cutting beams. High-power Protron 3K™ LED Strobes were used for punches of explosive light. “Each artist or group in the line-up is a headliner in their own right, we needed to bring our ‘A’ game, gear and team to the show that has so much exposure and press,” said Roberts. “There was no room for error. These artists had 30 minutes or less to showcase their best, and we needed to support them with our best.”

With such an increase in business over the past few years (in fact, Visions Lighting made Inc. Magazine’s list of the Fastest Growing Private Companies in the United States in 2015), the company often has multiple events on its schedule at one time. “That we can pull off shows like Coachella, StageCoach and Wango Tango all in a short period of time is a testament to our operation here from bottom to top, warehouse to field work,” Roberts concludes. “And Elation lighting is an important part of making that happen.”