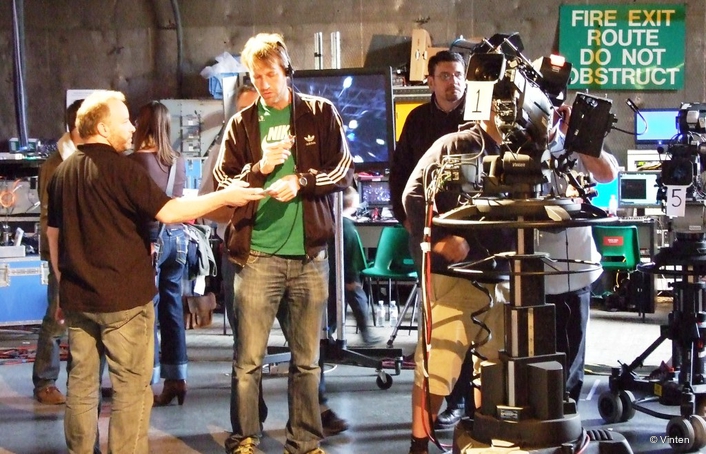 – Three Quattro SE pedestals with Vision 250E heads from Vinten Radamec, a Vitec Group brand , are being used by BBC Studios and Post Production for a new children’s show which combines live action and virtual reality. In Bamzooki Street Rules four teams of children design their own “zooks” – 3D computer-generated creatures – which compete with each other in a range of challenges. The zooks and their games are generated in real time, and the production design immerses the teams in what appears to be four floors of an industrial building. The series, for CBBC and BBC One, is produced in a four-wall studio at Pinewood.

Perfect synchronisation with the computer-generated images

The Quattro SE and 250E were chosen to give the cameras freedom of movement but retain perfect synchronisation with the computer-generated images. The system provides high precision data on the position of each camera on the studio floor, its height, angles of pan and tilt and lens zoom, and integrates all feedback into a single data channel to the rendering system.

“We did extensive tests at Television Centre and on location, and came to the conclusion that to use sensor-based pedestals was a good and reliable solution,” said Danny Popkin, technology development manager for BBC Studios and Post Production. “The Vinten Radamec system proved to be accurate enough to cope with a fast-moving game, providing very stable tracking data. And because the Quattro SE is based on standard Vinten pedestals the camera operators were at home straight away, and able to deliver complex tracking shots without any limitations.” 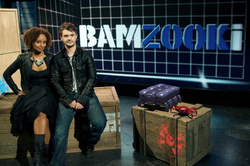 The Quattro SE pedestals are free to move around the studio floor, calculating their positions from an unobtrusive L-shaped marker on the floor. This requires minimal alignment time and does not impose any constraints on the set designer or the camera operator. If during a hectic sequence the pedestal loses positional data, it is immediately obvious and the operator can reset by going over the target, a process which takes less than 30 seconds.

Series producer for the BBC Rupert Harris said “We decided to go for a much bigger CGI game space for the fourth series to really immerse the viewers in the Bamzooki experience. Creative decisions like these significantly reduced the margin for error with the camera tracking system and virtual renderers and we succeeded in completing an extremely tight filming schedule on time and on budget, and are thrilled with the outcome.”

Bamzooki Street Rules started transmission on BBC One in November 2009 and continues through to February 2010.