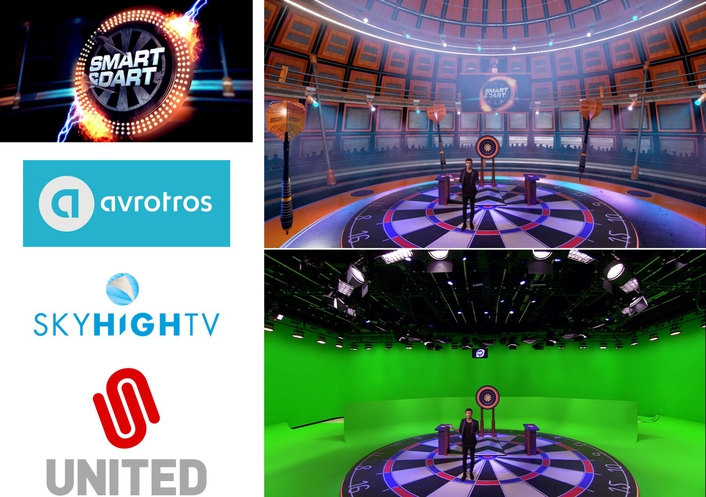 A 360-degree green screen studio, optical tracking and six cameras covering every angle, plus the very latest in augmented and virtual reality technology: these are the cutting-edge production values behind the ground-breaking new AVROTROS TV show Smart&Dart.

Two teams do battle in the middle of a massive dome, surrounded by an enthusiastic audience, moving screens and spectacular sets that do not actually exist: they are all generated by United’s mixed-reality technology.

Due to the short time between filming and broadcast, the AVROTROS programme has to be captured ‘live on tape’, meaning it has to be produced in real time, without any post-production. Every episode has to be just right in one go. 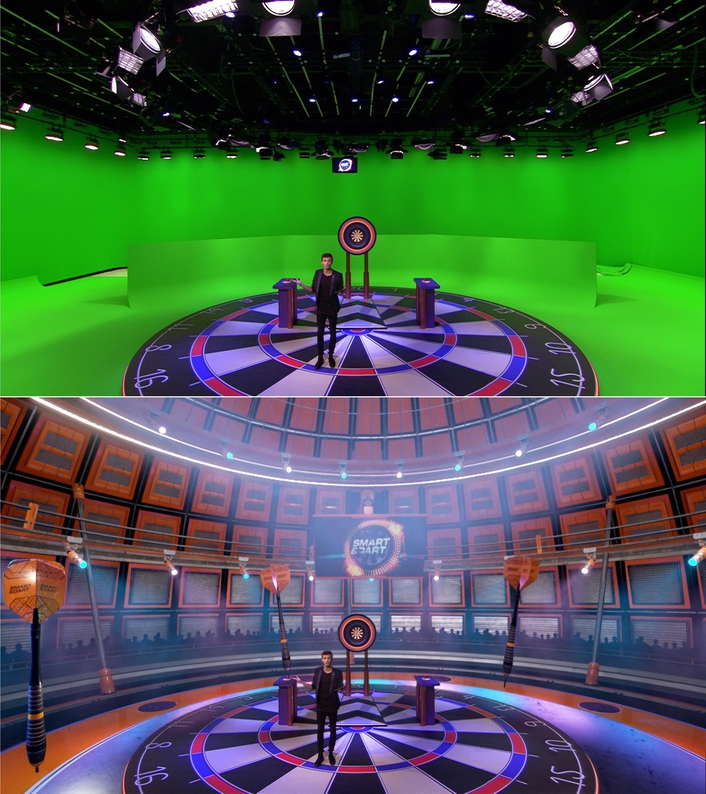 Special tracking cameras home in on hundreds of special stickers on the studio ceiling to determine the position of 3D objects in relation to the broadcast cameras. “In the merchant navy, navigators used to plot their position by looking at the stars. Now, a tracking camera employs the same concept, except the stars have been replaced by small stickers,” says technical project manager Gerard de Vries, who takes care of the virtual aspects of the production. “Using data captured by the camera lens, it’s even possible to zoom in on virtual elements in the studio, and bring them into focus.”

United harnesses the power of software based on the Unreal Engine, which was originally developed for the gaming industry. “It allows us to be creative," says Remco Bogaard, the show’s director. “We have complete control over which objects we want the audience to see.”

“The whole team is delighted that AVROTROS has given us the opportunity to produce this show for them,” says Linda Zuidinga, executive producer at Skyhigh TV. “Mixed reality opens up a whole new dimension in the TV landscape, and we will definitely look for ways to use this technology in other programmes.”

On Smart&Dart, hosted by Buddy Vedder, two teams go head to head in a challenging quiz. By answering questions correctly, they earn the right to throw a dart and score as many points as they can.

AVROTROS’s Smart&Dart premieres on Monday, 4 September and will air every weekday at 17.20 on NPO Zapp.