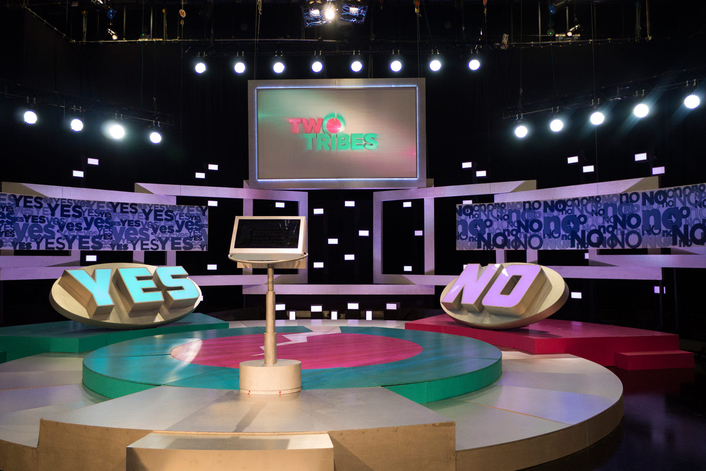 The Barco unit provides sufficient output to ensure good visual clarity amongst the studio lighting, and Bailey once again selected a Repro H screen surface to avoid hotspots which can be picked up by broadcast cameras.

The question screen is central to Two Tribes, displaying questions asked by the presenter, Richard Osman, which discover what players have in common, and determine the teams for the game.

Jeff Bailey comments: “It’s great to work with Dominic and Jess again, and to supply this great new quiz show. It’s already growing in popularity and we hope it will become a staple of daytime TV!” 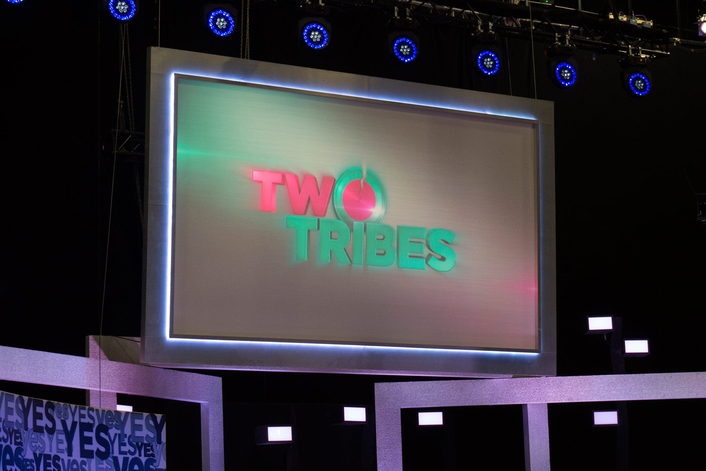 Sixty episodes of Two Tribes are being filmed at the BBC Studios in Elstree for broadcast this year on BBC2.

XL Gets Reckless with Bryan Adams
Fanta 4 on Tour with LED ...stallation from XL Video
XL Video at the O2 with Basement Jaxx