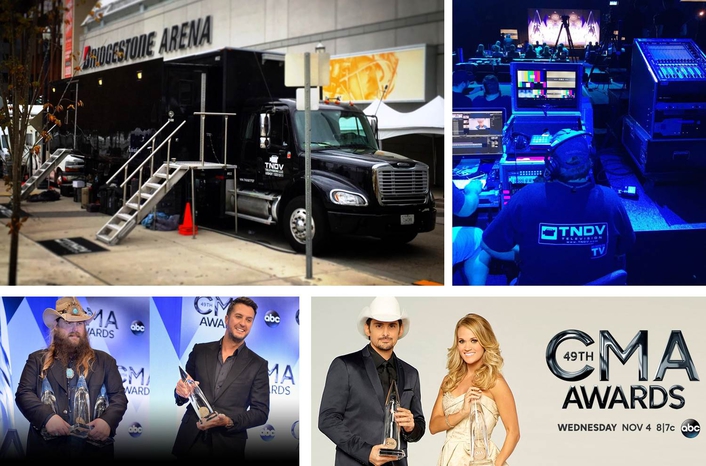 While TNDV provided video production services to the Country Music Association (CMA) and Disney/ABC for the CMA Awards for the last six years, this year its role expanded. Working closely with the CMA, TNDV produced video of the CMA Awards’ Press Conference, live celebrity interviews, and the pressroom and backstage happenings on awards night. This included CMA Awards Backstage, a live, multi-camera streaming second-screen experience that gives fans an exclusive, behind-the-scenes look at the CMA Awards, from the Red Carpet to special behind the scenes moments. 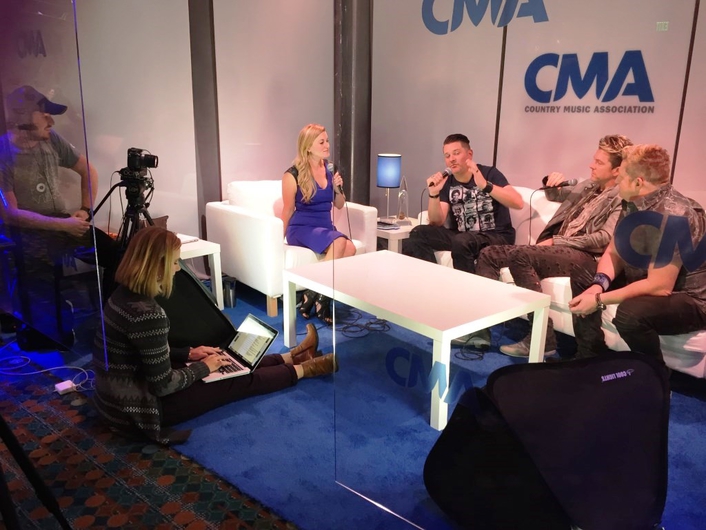 TNDV brought a 34-member video crew and a massive amount of gear, including dozens of cameras, live sound and lighting kits, a wide range of monitors, miles of fiber cabling, along with its 40-foot expanding side HDTV truck Aspiration, which was used to switch CMA AwardsBackstage.

On Sunday afternoon, the CMA held a press conference to build excitement and media buzz for the awards show. TNDV shot and edited video of key presentations, including clips and sizzle reels of CMA Awards Co-hosts Brad Paisley and Carrie Underwood; and CMA CEO Sarah Trayhearn, which the CMA promptly uploaded to its YouTube channel.

All day Monday and Tuesday, TNDV produced video of celebrity interviews during the CMARadio Remotes, a two-day event allowing radio stations worldwide to conduct live on-air interviews for their listeners. The large ballroom in the nearby Music City Convention Center was set up with roughly 50 small booths, where radio stations could conduct live interviews of the stars. 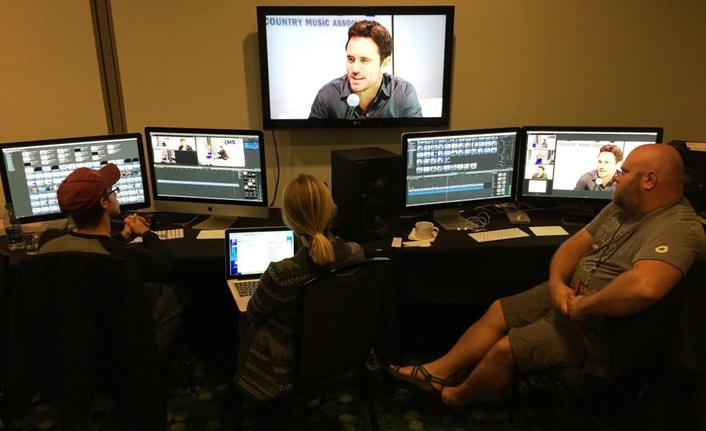 To make these celebrity interviews available to a broader, global audience, TNDV had its own booth, complete with a comfortable couch set, where host Kelly Sutton interviewed the stars. The TNDV crew shot the video using three Panasonic DSLR cameras on tripods, with LED lighting, wireless mics and other live sound equipment. Immediately following the interview, two TNDV editors brought the ISO-recorded footage into Final Cut Pro for post-production, including graphics, audio sweetening and branding. When finished, the CMA promptly uploaded the videos to their YouTube channel for viewing or download.

After winning a CMA Award, recipients visited the CMA pressroom backstage to take questions from reporters. TNDV produced a live video feed of the pressroom that was made available to interested media organizations. 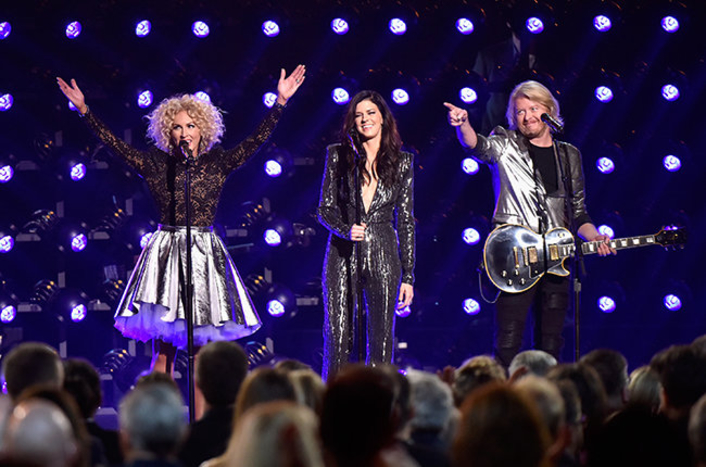 In the same timeframe, TNDV also produced the seven-hour long CMA Awards Backstage second-screen experience that let ABC’s viewers watch the stars go from their limos to the Red Carpet, and then backstage during the show. TNDV produced four live, uninterrupted HD streams that viewers could select to watch on mobile devices. Sixteen live HD cameras were strategically placed around the venue, including one in the broadcast truck so viewers could watch the show’s director in action.

“For our company, the CMA Awards is always a richly rewarding experience that challenges our technical and creative sensibilities like nothing else,” said Nic Dugger, owner and president of TNDV. “We’re proud that we kicked it up a notch over last year’s awards night, producing video of many concurrent events featuring the who’s-who of country music. Considering the technical and logistical challenges of this intensive four-day event, we’re extremely proud that our projects went off without a hitch.”

ABOUT TNDV: Television
Formed in 2004, TNDV: Television represents the culmination of over 25 years of broadcast and live production for Nic Dugger, owner and president; and his staff of full time engineers. TNDV produces events from small single-camera productions all the way up to multi-million dollar international TV events, and takes pride in building custom solutions for challenging productions of any size, in any situation.  Recent projects include the live concert productions at the NCAA Final Four, The Americana Music Awards, and for the first time in broadcasting history TNDV produced the 2014 Hat Trick of Country Music Award show red carpet specials, including the CMA Awards, the CMT Awards, and the ACM Awards.