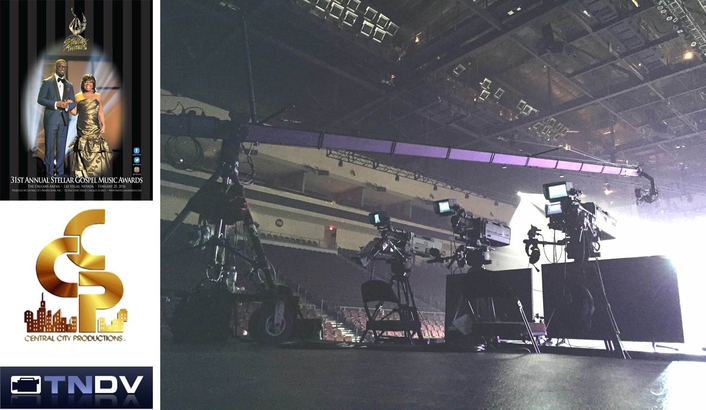 The 31st Annual Stellar Awards—held Saturday, February 20, 2016 at The Arena in the Orleans Hotel in Las Vegas, Nevada—showcased the top stars, performances and achievements in Gospel Music. Long a contributor to the award show’s live productions, TNDV this year saw its role significantly expanded by the show’s long-time producers, Chicago-based Central City Productions, Inc. (CCP), which put the HD mobile production leader in charge of all technical production management among other tasks.

TNDV’s current flagship 40-foot HDTV truck Aspiration made the cross-country trek from Nashville to downtown Las Vegas, where the two-hour show was recorded live onto the truck’s 14 Aja Ki-Pro recorders. CCP delivered the show on hard drives in time for its March 6th premiere on TV One—an American digital cable and satellite television network—and is to be followed by subsequent showings on Bounce TV and syndicated TV stations nationwide. 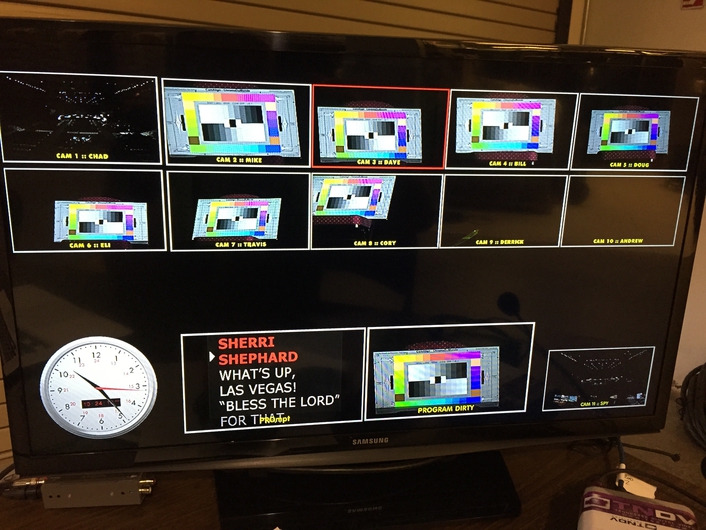 “This event is aptly named because it’s considered Gospel Music’s biggest night,” said Nic Dugger, President of TNDV, who served as the show’s technical manager. “This is also CCP’s biggest show of the year, utilizing 11 cameras instead of the five to seven typically used for similar staged musical events.”

As part of its technical production management responsibilities, TNDV hired key crew members, operated the overall video and audio architecture, and designed and integrated key AV equipment in the pressroom. TNDV also deployed a communications systems and large multiviewer displays throughout the facility to ensure all crewmembers could share the same visual and audio cues.

“We chose TNDV because of their expertise, their problem solving skills, trustworthiness, and, most importantly, the positive, get-it-done attitude their entire team brings to TV and event production,” said Jennifer J. Jackson, Executive in Charge of Production, Central City Productions, in Chicago.

TNDV built a relationship of trust with CCP over the past 13 years by making small contributions to prior Stellar Awards—such as providing support trucks, equipment rentals, and help with streaming media—culminating this year with responsibility for the technical production and broadcast truck.

Designed with an expanding side, Aspiration’s interior can be customized to fit the production’s needs. It’s equipped with 12 Hitachi SK-HD1000 broadcast cameras (with 11 used for this shoot) paired with an array of Fujinon HD lenses, a Sony MVS8000 production switcher, an integrated Imagine Communications router supporting a multi-definition monitor wall, a large RTS Adam matrix intercom system, and a Soundcraft Vi4 96-input digital audio console in the audio booth. 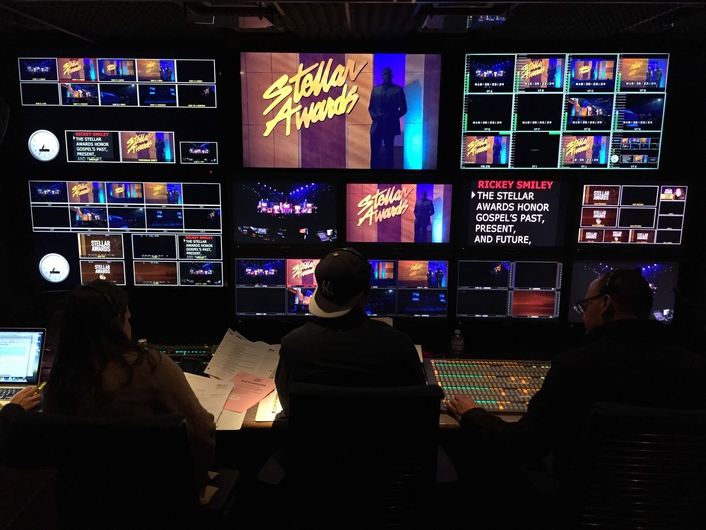 “Next year, CCP is planning to bring back the live band, and if so, they’ll need a much larger truck. And, we’ll be ready with our latest and greatest truck, Exclamation,” Dugger said. “So the timing has just been perfect.” When finished, Exclamation will have one of the largest footprints of any single mobile unit available. With seating for 30 people, this ergonomically designed 53-foot double-expando trailer will accommodate 4K production, high-end audio mixing, and other capabilities required by the most demanding shows.

“TNDV went above and beyond as always,” said Jackson, “They did an exceptional job keeping our show on time and on budget, and reliably managing all aspects of our television production.”

ABOUT TNDV: Television
Formed in 2004, TNDV: Television represents the culmination of over 25 years of broadcast and live production for Nic Dugger, owner and president; and his staff of full time engineers. TNDV produces events from small single-camera productions all the way up to multi-million dollar international TV events, and takes pride in building custom solutions for challenging productions of any size, in any situation.  Recent projects include the live concert productions at the NCAA Final Four, The Americana Music Awards, and for the first time in broadcasting history TNDV produced the Hat Trick of Country Music Award show red carpet specials, including the CMA Awards, the CMT Awards, and the ACM Awards.