Earlier in 2015, mobile production specialist TNDV proudly managed the multi-camera production for two pilot episodes of Skyville Live, the Emmy nominated music series that brings musical performers together with an intimate audience. The success of those shoots led to an invitation to provide turnkey mobile production services for a special December program, streamed live exclusively on USA TODAY’s website with sponsorship support from Gannett Company, the national newspaper’s publisher.

The December program, which featured performances from Gregg Allman, Little Big Town, Chris Stapleton and Taj Mahal, originated from the Skyville Live studios in the heart of Nashville. TNDV brought its Elevation truck to the shoot, and provided a complete technical crew for all multi-camera and multi-channel audio production work. 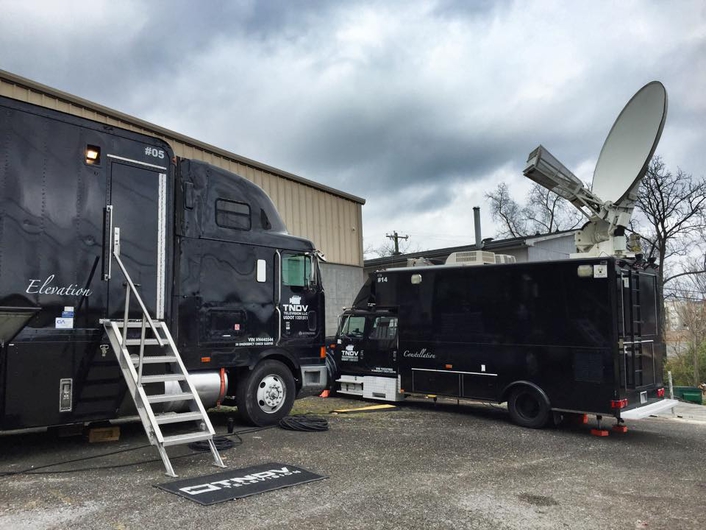 “Skyville Live is a shining example of how streaming video can be presented as a professional broadcast TV program,” said Nic Dugger, president and owner, TNDV. “The pilot episodes proved that concept, and the distribution support from USA Today and Gannett for this special episode allowed us to deliver the quality of a national TV show to a much larger audience. The dedication to quality from the Skyville Live team assured that every production element across staging, lighting, video and audio was nothing short of exceptional.”

“Mills Logan (the Grammy award-winning sound engineer for SKYVILLE LIVE) initially introduced me to Nic Dugger and his team, and it has been a dream working with them," says Wally Wilson, Executive Producer/Creator of Skyville Live. "I believe that we have created a cutting edge product that still retains a classic big time television look." 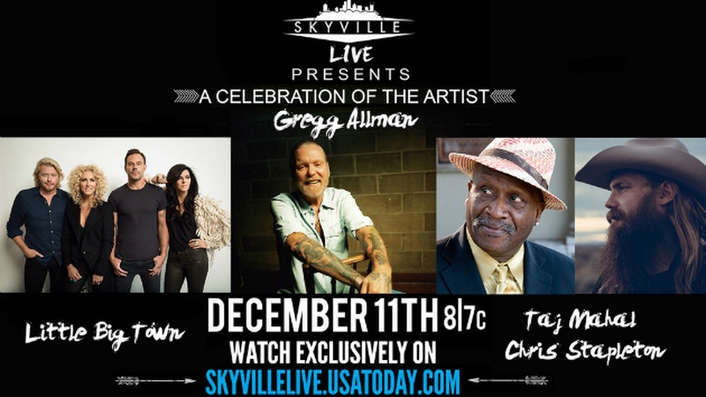 With another special event on the horizon for late January, Dugger emphasized that the “Live” in Skyville Live is what makes the series so special — not to mention the “amazing combination of guests” that the organizers bring together. He adds that the experience of working on the pilot episodes allowed his team to improve crucial elements of the production, from microphone locations in the crowd to a lighting design that presents exceptionally well on camera. 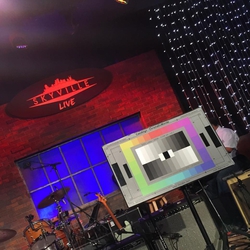 “Skyville Live viewers enjoy watching the performances as they happen; they are not seeking an over-polished and perfected experience,” says Dugger. “The Skyville Live team understands that live performance is special and unique, and they deliver on that value. That said, the freedom of working with this team means that we have a full day of rehearsal with extra time to tune the room for broadcast audio recording, match cameras on the chip chart, and work with the lighting designer to deliver the best possible viewing experience. The extra attention to detail is absolutely evident to the live audience both online and in the venue.”