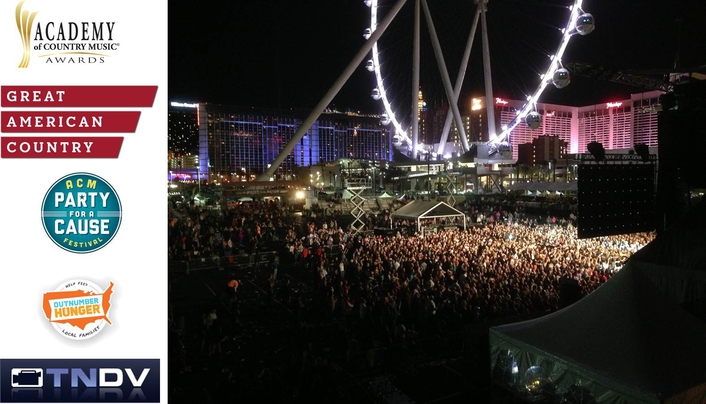 Specialist tackles live broadcast, live image magnification and “live to tape” projects simultaneously in Las Vegas
TNDV has five mobile production trucks and several flypacks crossing the country every week, with production teams working across multiple cities and locations on any given day.  Occasionally, the stars align and several TNDV productions converge on the same city on the same date.  This was the case in April, when the company sent its two largest trucks and a flypack to Las Vegas for three shoots, each with very diverse production requirements across live TV, post and professional AV environments.

The shoots were all tied to the Academy of Country Music, which held its annual ACM Awards and second-ever ACM Party for a Cause Festival in two separate city locations.  TNDV was tapped for the live ACM Red Carpet show at the MGM Grand in advance of the ACM Awards.  The all-HD, multi-camera production aired live on the Great American Country Network, with TNDV handling all live acquisition, graphics, switching and instant replay of country’s biggest stars as they descended on the venue.

Six blocks away at The LINQ, a new open-air outdoor entertainment venue, the Party for a Cause kicked off a weekend-long concert—and the venue’s maiden event—with headliners Rascal Flatts and Keith Urban.  TNDV handled image magnification for the entire festival using one of their new 2ME, 36-input a mobile production flypacks, producing stunning HD projections of the live performances across several high-quality video boards at stage left and stage right. 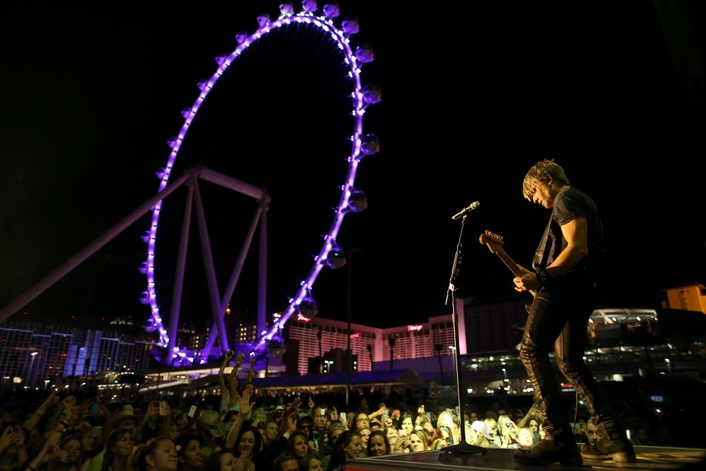 On Day 2, TNDV relocated its Aspiration expanding side truck—which handled the ACM Red Carpet production—to The LINQ for a 10-camera shoot under the direction of Nashville-based production company Taillight TV.  That shoot turned into the “Outnumber Hunger Concert,” a special one-hour event that aired April 18 on more than 30 Gannett Co. TV stations and select Gannett web portals.

For TNDV owner and president Nic Dugger, the “triple threat” scenario was a master class on how flexible broadcast equipment has become across multiple live production needs.  For example, Dugger used Chroma de Monde chip charts to balance his cameras for each event, noting the requirement for consistent lighting across the varying daytime and nighttime shoots. 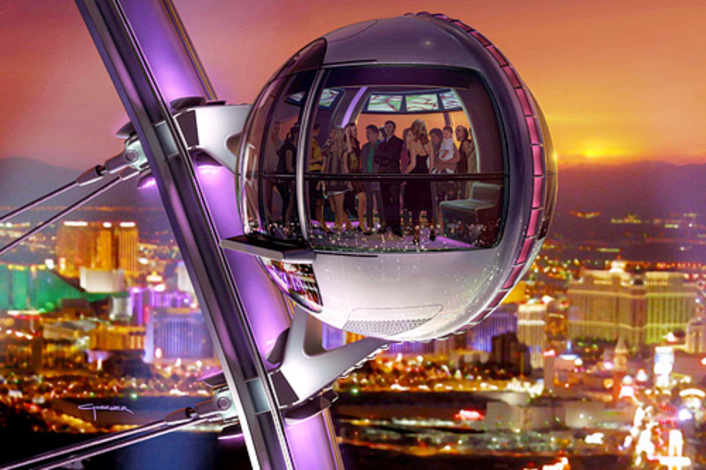 “Today’s broadcast tools aren’t pigeonholed into a single application,” said Dugger.  “Whether it’s our Hitachi cameras, Imagine Communications router, Ross production switcher or RTS intercom system, these tools exist in the mobile production space to achieve the final output for any deliverable, whether live to in-venue screens, live to television or post-produced for later broadcast.  There are differences in each approach, but the attention of detail has to be consistent whether the end purpose is to entertain the live audience or the viewers at home.”

And some of the differences were very clear.  For in-house image magnification, Dugger and his team switched between, and simultaneously projected, up to five live angles to entertain concert attendees—a production element that was unnecessary for the associated TV shoot.

On the audio side, bringing Vibration to Party for a Cause meant that TNDV could produce a broadcast-quality audio mix for the TV special, encompassing more than 100 inputs via the truck’s Studer Vista 9 console and ProTools rig.  TNDV also added more than 20 audience microphones to ensure viewers at home would experience the feeling of being in the crowd. 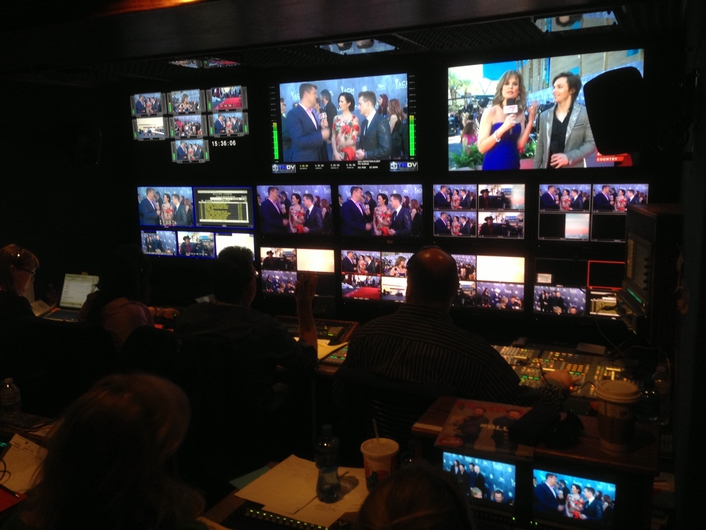 “Video without audio is just surveillance, so we needed to make sure that every one of the 100-plus inputs were recorded cleanly and with the correct gain structure,” said Dugger.  “That way, upon returning to the studio for audio post our client could achieve the sound levels and quality they desired for the broadcast.  For the ACM Red Carpet Show, a multichannel intercom and IFB infrastructure audio ensured that everyone involved could clearly communicate as live interviews happened.  The audio requirements were more diverse than video across the three events, though the common theme of flexibility and attention to detail for the client remained.”

ABOUT TNDV: Television
Formed in 2004, TNDV: Television represents the culmination of many years of broadcast and live production for Nic Dugger, owner and president; and his staff of full time engineers. TNDV produces events from small single-camera productions all the way up to multi-million dollar international TV events, and takes pride in building custom solutions for challenging productions of any size, in any situation.  Recent productions include the live concert productions at the NCAA Final Four, the live Red Carpet specials for the CMA, ACM, and CMT Country Music Awards, and the Emmy winning Bluegrass Underground on PBS.