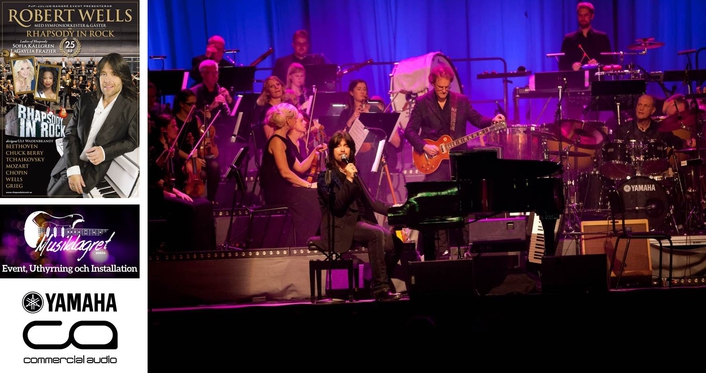 .
Rhapsody in Rock is an annual series of live shows which combines classical and rock music, performed by a symphony orchestra alongside its founder - Swedish pianist Robert Wells - a contemporary band and vocalists. In March the production heads out on the second leg of its 25th anniversary tour, where three Yamaha CL5 digital mixing consoles will again provide their own Rock solid performance.

A former child prodigy, the classically-trained Wells founded Rhapsody in Rock in 1989. Performing everything from Liszt to AC/DC. It has played to nearly two million people in the USA, Russia, China, the UK, Scandinavia and Germany.

The 25th anniversary tour is playing multiple dates throughout Scandinavia and features a fully redundant Dante network with three Yamaha CL5 consoles, one providing the main front of house mix, manned by Thomas Malbeck, one submixing the orchestra (Mattias Nilsson) and the third on monitors (Björn Vilhjalmsson). 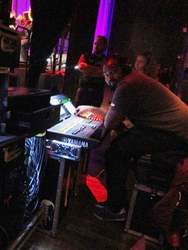 With four Rio3224-D units feeding the 128 channel setup, eight stereo mixes are routed from the orchestral submixer to the FOH and monitor consoles via Dante.

The orchestra is all close miked, with the rock musicians using a standard setup of drum and backline microphones, DI’d bass and Wells either using a miked grand piano or a Yamaha electric piano, plus two synths. Vocals are handled by six microphones, plus talkback mics for Wells and the orchestra’s conductor. In addition, four backing tracks add a choir to one song, via Dante Virtual Soundcard.

Audio equipment is supplied by Borås-based Musiklagret, a long-time user of Yamaha digital consoles. When the CL5 was launched, the company bought a pair, with accompanying Rio3224-Ds.

“We were keen to use CL5s on the tour but, when it became obvious we needed three consoles, all the others we could have used from Musiklagret were busy,” says Björn. “They looked at buying other brands, but realised it would have been more expensive and much more work getting the system together - besides the fact that both they and we were all happy with the CL5s.”

Musiklagret wisely chose to invest in another CL5 and further Rio3224-Ds, which meant what could have been a complex system for the Rhapsody in Rock tour was surprisingly straightforward to put together.

“Part of the reason for choosing the CL5 system was the many advantages of having all channels and routing in same network,” says Björn. “With touring such a big setup, it is important to minimise setup times for consoles and racks, because there is lot of other work to do. The CL5s are nice desks in every way and made for a very fast setup.”

Part of the set up is an array of Nexo PS10 and PS8 monitors, with only the additional vocalists using in-ear monitors. 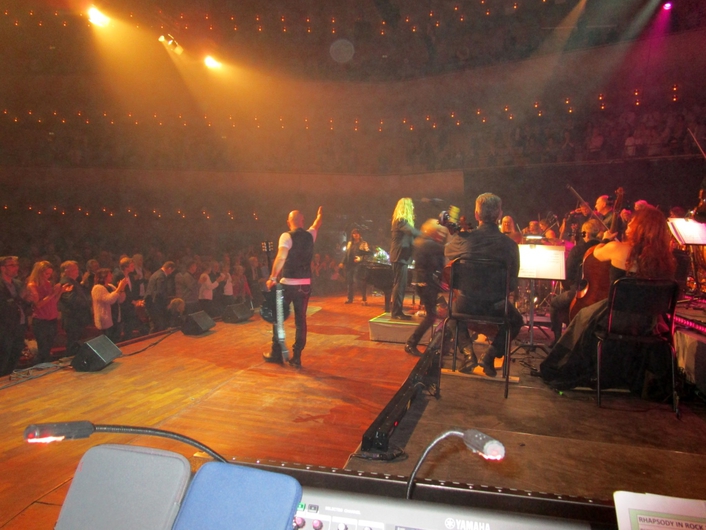 “The musicians are used to using wedges at moderate volumes, so the leakage is not a problem. I have mixed a lot of monitor gigs with fewer people that are so much harder to do, both getting enough volume from the wedges and problems with leakage. The Nexo monitors definitely help in that regard,” says Björn.

“At front of house, the biggest challenge of mixing a show this size is to get a tight overall sound, so the audience can hear the different instruments,” he continues. “Thomas has been Rhapsody in Rock’s FOH engineer for many years and he knows every trick in the book - from miking, setting up and trimming the PA to mixing the show. He emphasises the timbre from each instrument which is most relevant to the ear, diminishing with EQ what will become lost in the mix anyway and tightly controlling the low end.” 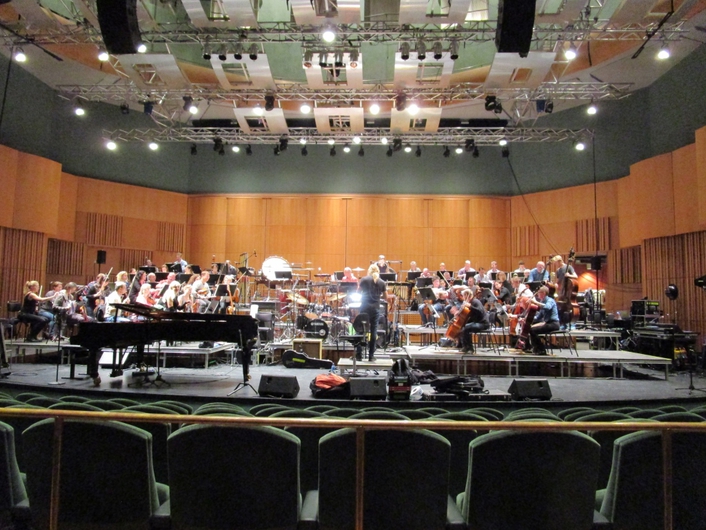 All audio processing for the show is done with the CL5’s onboard facilities, including the input channel dynamics, EQs, reverbs and multiband compressors.

“We all really like the desk, it is remarkably good for its price,” says Björn. “Thomas likes the size, it’s compact but easy to work on and has so many features - it’s a very powerful package. And he uses the dimmable mutes all the time, which no other console has. Mattias loves the Premium Rack and Yamaha’s standard way of thinking - if you know the M7CL or LS9, you will know the CL. 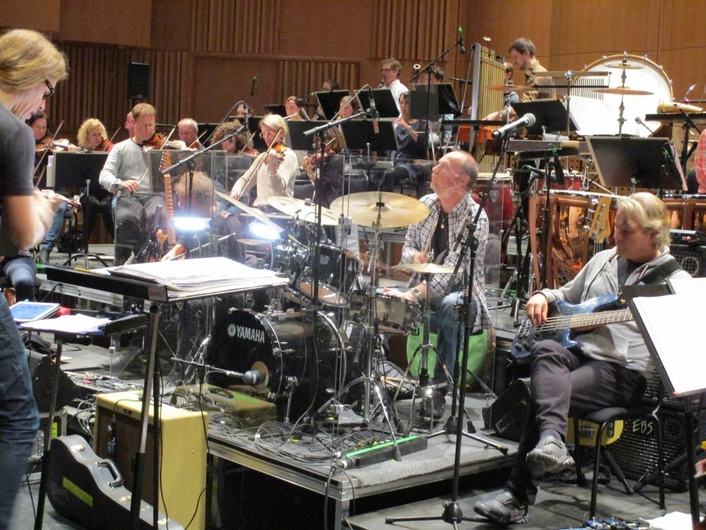 “For me, I love the CL5’s compactness, its layout and patching. The Dante network saves lot of work patching every gig and it saves all the AD/DA conversions - even the Nexo monitor amps are connected via Dante, so one DA/AD is saved for the Nexo digital controllers.

“In addition, we all love the StageMix app. It’s so useful for monitors because it’s a big stage and the set makes it hard to see everyone from monitor world. StageMix allows me to be on stage at soundchecks, listening to the monitors where they are and having much closer contact with the musicians. Even Robert loves it, because he doesn’t have to shout to me - I’m right there.”