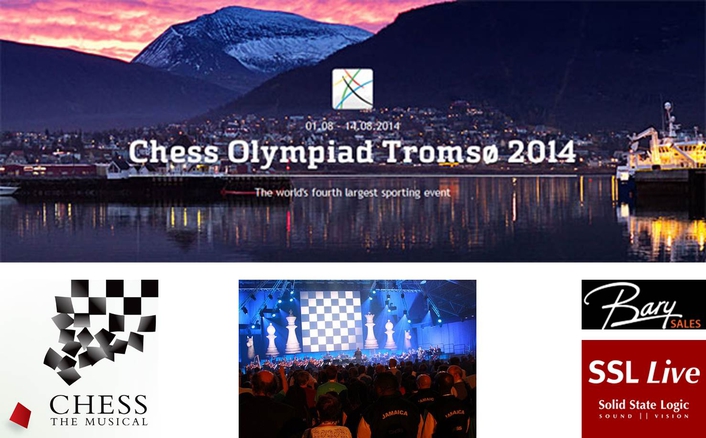 “I was stunned by the exceptional audio quality and dimensionality of sound from the SSL Live”
What better music to accompany the 41st World Chess Olympiad tournament than the soundtrack to Chess the musical? Under the direction of Andrew Eljas (who also wrote the original score to the music by Benny Anderson and Bjørn Ulvaeus), the performance included the Norwegian Arctic Philharmonic Orchestra along with a choir and ensemble of leading Norwegian musical performers. This full concert version of Chess demanded a massive audio system. The production tapped the power of three SSL Live consoles, supplied by Bary Sales AS in Oslo, to handle the inputs from the live band, choir and the Arctic Philharmonic. This application is among the largest implementations of SSL Live thus far.

FOH and monitor consoles shared 64 inputs from the band and soloists on stage, while the third Live was used to submix 86 orchestra channels down to six stereo  stems. Engineer Espen Andersen was at the helm of the orchestra console, delivering the stem mixes to the main FOH console. The layering, VCA and snapshot automation capabilities of Live were utilised to control both the mix and solo portions. 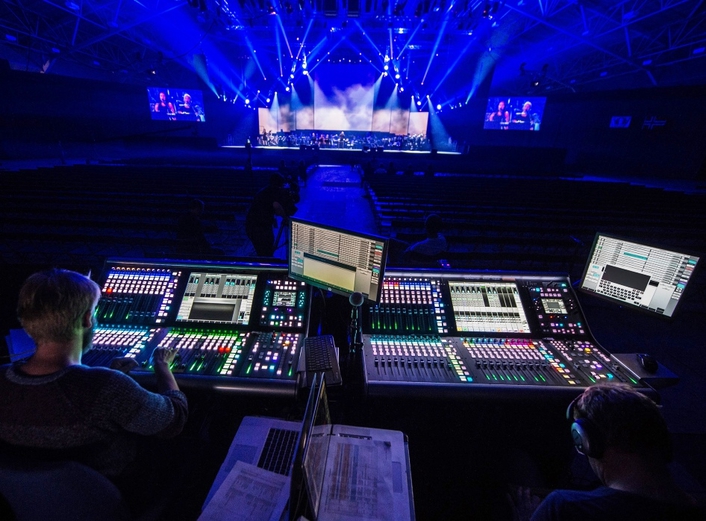 “I was stunned by the exceptional audio quality and dimensionality of sound from the SSL Live,” adds Solheim. “The console provides tremendous detail and the response of the controls is very precise. At the Olympiad ceremony, a competitor console was being used at FOH to mix two guest artists who were also playing with the orchestra. The same six stereo orchestra stems were sent to this console; so it was very interesting to have the opportunity to compare the audio quality through my SSL Live as well as the guest console. I think we all were a bit surprised by the difference in quality. Listening to it through the SSL Live was like hearing a stereo mix compared to a mono mix.”

Each of the Live consoles used for this special staging of Chess in concert included onboard Blacklight II I/O. The system was also comprised of six 32 channel ML 32.32 analogue stageboxes, a D 32.32 AES/EBU stagebox and two BL II.D MADI Concentrators. The analogue stageboxes provided the engineers with shared access to a total of 192 remote-controlled SSL Super Analogue™ mic/line inputs and 192 line outputs, while the AES/EBU stagebox facilitated use of 16 pairs of AES/EBU digital I/O at 96 kHz for driving the PA mains. SSL’s BL II.D MADI Concentrator ensured bullet-proof reliability through redundant pairs of SSL’s proprietary Blacklight II connections, each of which are capable of carrying 256 channels of 96 kHz digital within a single armoured fibre cable.