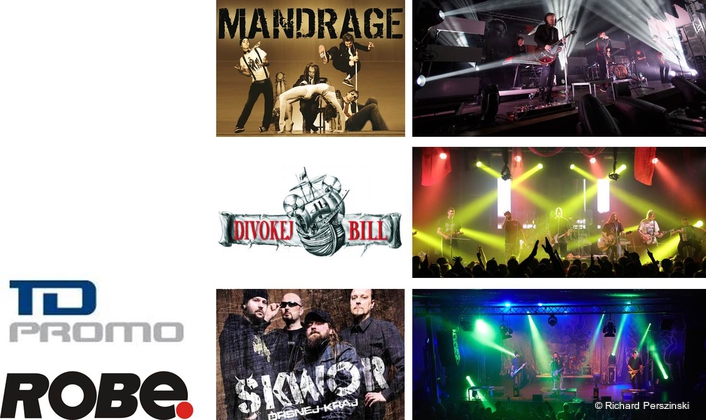 .
Czech rental company TD Promo supplied Robe moving lights for three popular Czech bands this spring – all of whom toured simultaneously throughout the Czech Republic with some shows also in Slovakia.

As you’d expect, all three had completely different looks and stylistic approaches when it came to lighting.

For Mandrage, Karban’s lighting aesthetic was slick, clean and streamlined like a well-oiled machine; the concept for Divokej Bill was that lighting took a lead from the slightly punkish ‘dirty’ stage design and helped engulf the crowds in a big party onstage … which also had to be achieved on an expedient budget; while for Skwor, the lights needed to be raw, in-the-face and abrasive to match the energy of the music and bare set design. 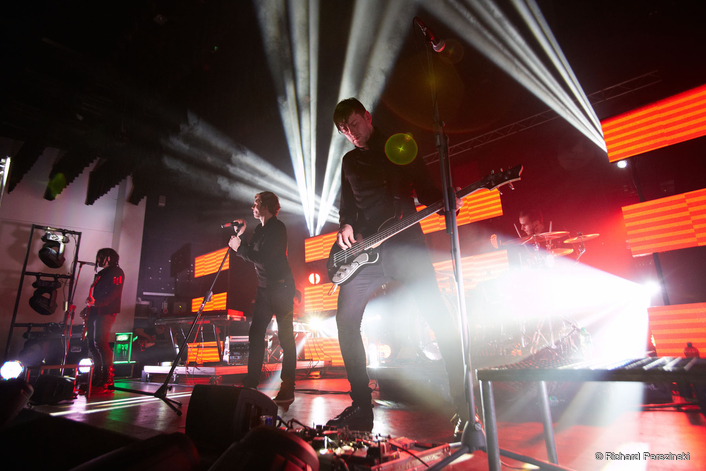 Tomáš Karban made the most of the Pointe’s multi-functionality for Mandrage. His design required lots of detailed narrow beam effects and that’s why he specified Pointes.  The lights were rigged on six vertical trussing towers. In front of these were  four moving LED screens, so when these were in the down position the lights shone through the semi-transparent LED to produce a completely alternative effect.

The MMX Spots were also used for front key lighting and the LEDWash 600s for shooting beams across the stage from the sides.

Karban likes the speed of the Pointes and huge amount of effects possible, especially using the prism. “The power is great,” he declares, confirming that Robe is his favourite brand of moving light and that’s not just because it’s Czech but because he thinks it’s genuinely the best available right now! “The quality is excellent and I like Robe’s attitude and foresight when it comes to future product development,” he concludes.

Matej Mantlik made the most of the intensity of the 600E Beams for Divokej Bill. These fixtures were selected because the show design also featured columns of LED upstage, so they needed some serious brightness. Four of the 600E Beams were on the back truss and the other four on the floor for contrast.

“I simply love the sheer power of those beams,” he states. 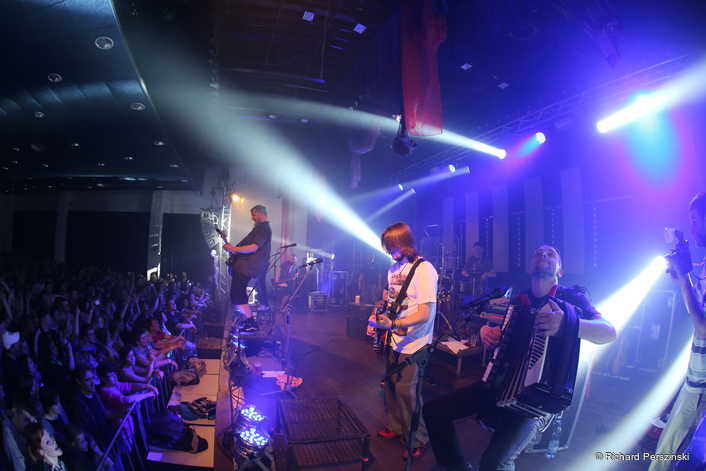 For SKWOR, Martin Samecky added plenty of lighting chaos to the mix matching the band’s vigour, loudness and visual elements like the stage set and backdrop. The lights were positioned on different height towers which could be varied to suit the venues. The four Pointes were on top of the towers and the 600E Beams on the floor.

“The sheer variety of effects you can produce with the Pointe is amazing,” he affirms. “Your imagination can really go wild, you can have new effects and looks constantly and never bore the audience – or yourself!! This is essential with a fast moving all-action noisy band like SKWOR”.

All three LDs used Avolites’ consoles for control, and all three tours were a great success and further evidence that the Czech live music scene of the moment is buzzing with talent and interest. 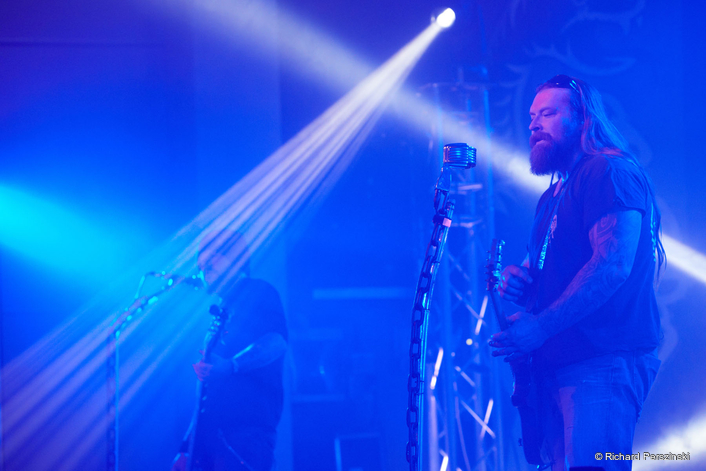 TD Promo is one of the Czech Republic’s busiest and most successful rental companies and a provider of complete technical solutions – lighting, audio, bode and staging. They are also very proud to have Robe’s market leading Czech lighting fixtures as a major part of their rental stock.