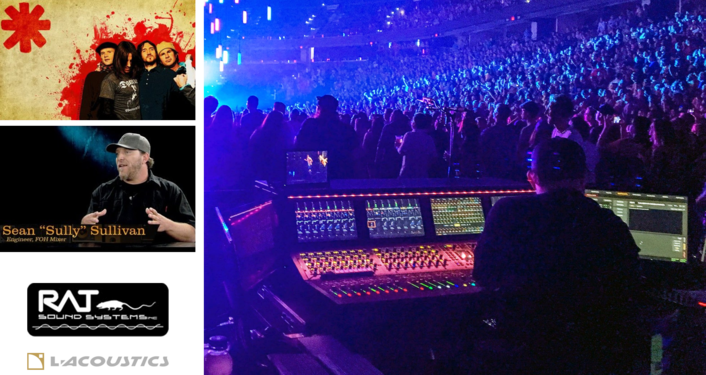 After a quarter of a century, the Red Hot Chili Peppers continue on with L-Acoustics systems and a new engineer at the helm: Sully mixes the band and PA on a new Avid S6L desk

For more than 25 years, the Red Hot Chili Peppers have been closely linked with Dave Rat who has manned the live concert mix for the Grammy Award-winning quartet since 1991. During that period, Rat has successfully grown his own tour sound company (Rat Sound) and been awarded two patents for innovative live sound products. As of February, however, the celebrated engineer has now passed the reins of mixing the band to Sean “Sully” Sullivan, another industry veteran having most recently manned front of house for Rihanna, Atoms For Peace and Beck.

Camarillo-based Rat Sound is continuing to provide the FOH control and monitor package for the band’s current Gateway World Tour, as well as the PA system for all of the band’s US dates. For the current trek, Sullivan is mixing an all-L-Acoustics system that he designed along with systems engineers Jim Locker and PA tech Radek Lesa. The system consists of two main hangs of 16 K1 over four K2 per side each flanked by eight K1-SB. An additional 16 K2 per side are flown as side hangs, with 15 Kara per side delivering coverage to the 270-degree wraparound seating areas. 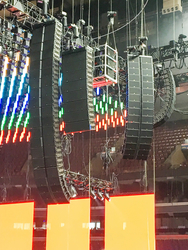 The flown K1-SBs are complemented by 18 new KS28 subs arrayed in six ground-based blocks of three, each deployed in cardioid mode, while six Kara situated across the tops of the subs serve as front-fills. Each flown “Rat cage” per side contains nine LA-RAK incorporating 24 LA8 amplified controllers, while on the ground one LA-RAK and one LA-RAK II per side house three LA8 and three of the new LA12X amplified controllers, respectively.

As Sullivan stepped into the RHCP FOH position, he quickly made it his own. “Dave and I have different approaches to the equipment—he was all analog and I am all digital,” he says, quickly establishing what distinguishes each mixer’s philosophy, with Rat’s Midas Heritage console and Sullivan’s Avid S6L emblematic of their different approaches. “But my thinking is to always use what you’re comfortable with and what makes you confident you can get the job done while also keeping the band comfortable on stage.”

A major challenge that Sully has to address each and every show is minimizing the LF energy on stage, while at the same time keeping this energy—plus the definition of Flea’s bass—in the house. This challenge is addressed by minimizing the number of KS28 subs on the ground in front of the stage while at the same time reinforcing the LF energy in the air by incorporating the K1-SB arrays next to the K1. 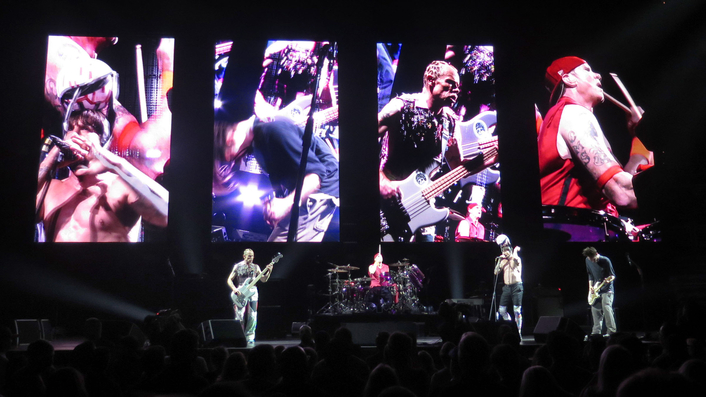 After more than 25 years with Rat Sound, the Red Hot Chili Peppers are still going stronger than ever

Deploying a cardioid configuration on the ground minimizes the back wave substantially, which helps to address any LF energy buildup around lead singer Anthony Kiedis’ voice. The interaction of flying the K1-SB in the air next to the K1 allows for greater directivity in the LF domain while creating an asymmetric LF coverage pattern steering energy away from the onstage axis and concentrating it more in front and to the offstage side of the audience. 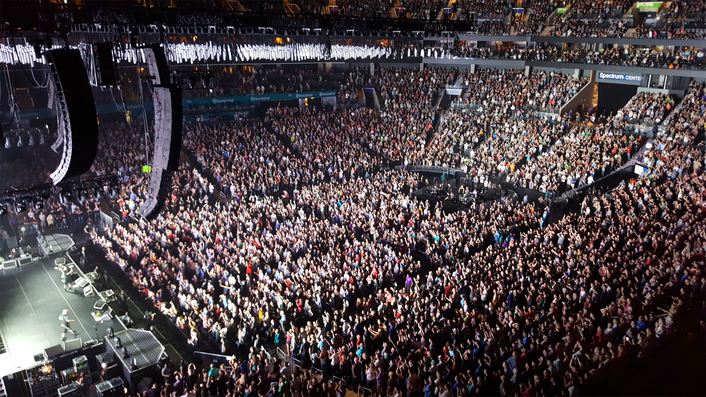 “The fans know the records by heart, and it’s my job to convey that to them,” says Sullivan, who first used K1 when he mixed Atoms For Peace back in 2010. “This PA does that every night without fail. And while the band is using IEMs, they love the power that it puts out on stage. It’s not too loud, but they can feel it. Like Flea’s signature Fender Jazz Bass, the L-Acoustics PA is virtually another instrument—one the fans have come to know from shows over the decades—and has become part of the band’s experience.”

Founded in 1984 near Paris, France, L-Acoustics is a leading manufacturer of turnkey solutions for the professional sound industry. Part of the L-Group, which counts 400 team members, L-Acoustics is present in over 80 countries either through subsidiaries or via a network of certified distributors or providers. Twenty percent of L-Acoustics’ team-members are dedicated to research and development.

Recognized throughout the industry for pioneering the modern line array, L-Acoustics offers a total system approach for both the touring and fixed installation markets, and a product line responding to the needs of venues from the most intimate club to the grandest arena. L-Acoustics sound systems can be heard in places like the Hollywood Bowl, the NFL Cardinals University of Phoenix Center, or the Philharmonie de Paris. L-Acoustics solutions have been used at five of the world’s ten top-grossing festivals*, the London, Sochi and Rio Olympics, and on the Adele 2016/2017 World Tour, among others.