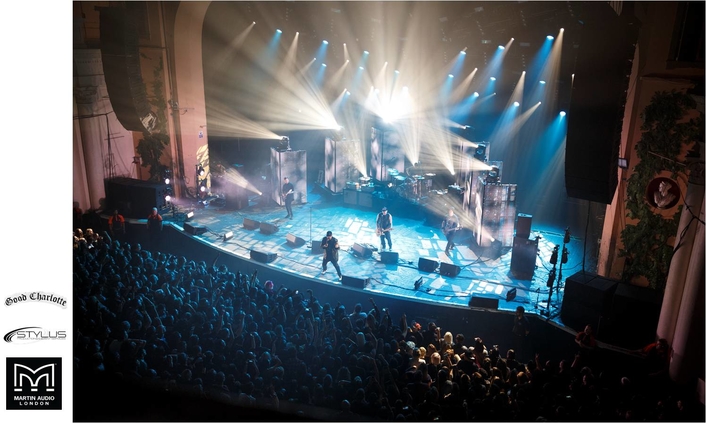 The service company already owned the control/stage packages for the band and for the PA they turned to Martin Audio partners, RG Jones Sound Engineering and Capital Sound, working closely with Simon Honywill in system development and optimisation. They also supplied infrastructure and production management service for the tour.

MLA rigs went into Glasgow Barrowlands, Southampton Guildhall and Brixton Academy, and the PA appeared in various configurations, and with different optimisations to suit the venue — but included MLA/MLX plus MLA Compact and MLA Minis, with DD12s for fills.

Stylus Productions MD, Sam Thomas, confirmed that the decision to spec MLA was collaborative, but had not been a difficult one to make. “We were already huge fans of the system, having toured extensively with MLA Compact in identical venues, so were itching to see what we could achieve with the larger format boxes,” he said. “Some of these venues pose significant acoustic challenges and MLA is the best solution for controlling vertical dispersion in difficult spaces and preserving clarity.” 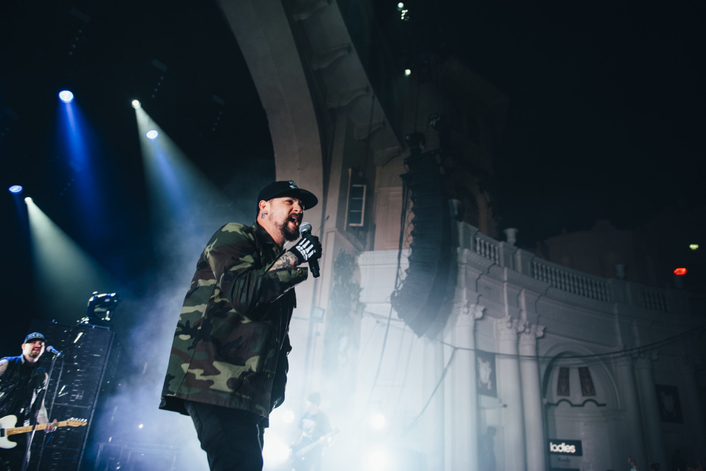 And each of those venues had their own idiosyncrasies to contend with. “We have to give much of the credit to System Tech, Simon Honywill, for his outstanding work optimising and propagating the system for these spaces,” praised Thomas. “Brixton was a particular breakthrough, and many trusted sources commented on the quality of the sound.”

Here they rigged 11 MLA and an MLD Downfill per side, with four MLX per side, in left/right stacks, with four MLA Compact as front fill and various MLA Mini, DD12 and DD6 in support. “Brixton can sound cavernous and unfocused sometimes but this was upfront and powerful. The result was a combination of a great musical performance, the sound mix, the PA system, and Simon’s optimisation. As for the subs, we had way more headroom than required.”

Reflecting on the three main attributes of MLA, Stylus Productions Technical Director, Oliver Weeks, was unequivocal: “power”, “control” and “transparency”. “The headroom is astonishing and being able to ‘hard avoid’ problem surfaces is invaluable. The ability to control room reflections from the box and generate consistent coverage up to a boundary are unique hallmarks of MLA.”

Going forward, he said there were very few scenarios where MLA wouldn’t be considered first option by Stylus Productions.  “However for those projects with considerable acoustical or noise boundary concerns, it remains the only choice,” he believes.

The band’s FOH engineer Jim Carmichael, who has worked with Stylus in the past, was in full agreement. “Having used MLA in Brixton Academy before I was keen to try it with a full-on rock show for Good Charlotte — and it certainly didn't disappoint.

“I don’t usually need raw power but strive for punch and clarity, so the very clean HF of MLA worked really well and everything felt very controlled right down to the very low end,” he concluded.