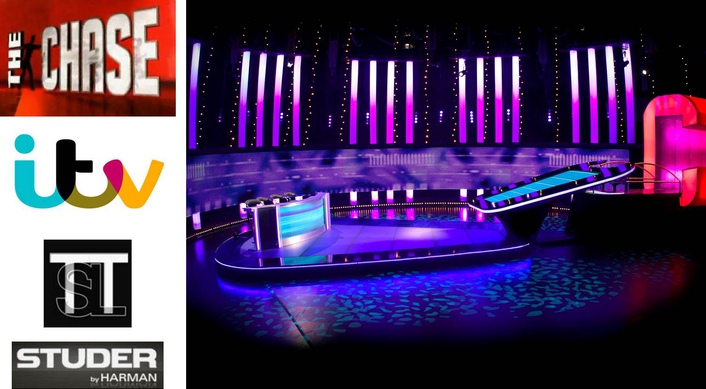 This was one of several innovations for the popular game show, which for this series relocated from its traditional home — the London Studios on the South Bank — to Teddington Studios. Harding-Jones’ company, Audio Design Inspiration, joined forces with Tony Revell Sound, and in addition to VistaMix, it was also the first time a Cedar DNS8 Live had been used as a mic noise suppressor on individual microphones.

Explaining his preference for the Vista 1, the television sound specialist said, “I was looking for an easy to use and intuitive desk that would easily fit into a tight control room without the need for a hard wired installation. Having all connectivity on the desk, along with the small footprint, made the Vista 1 an ideal solution.”

The integration of VistaMix available in software version 4.9 that the Vista 1 was running —proved a real bonus. “The Chase studio has a large videowall and as a result fan noise is an issue. VistaMix has enabled me to clean up the mix dramatically.”

VistaMix was designed for just such an unscripted multi-microphone live event as this, since game-shows inherently suffer from both microphone spill and background noise. As active mics are successively added to the mix, so the overall sound quality deteriorates, leading to decreased intelligibility and phase distortion.

Instead of needing to manually adjust all the faders each time, VistaMix automatically mimics the action of a human operator so that 'talking' mic gain can be increased at lightning speed while reducing gain for all others — ensuring a clean balanced mix.

Having heard about VistaMix, Adrian Harding-Jones was treated to a demo at the recent BVE 2013 expo by Studer’s Director of Product Strategy, Andrew Hills. “As a result of this I agreed to trial it — and was so impressed with the results, when offered the choice of which desk I could use for The Chase, the Vista 1 was my first choice,” he stated.

The digital console, along with all his mics, recording and sound accessories, was provided by rental company, Terry Tew Sound & Light Ltd. VistaMix immediately proved its worth, with access to the VistaMix settings and routing made extremely easy. “It is highly intuitive and follows the Vistonics logic very well. In use, the speed it offered over manual fader adjustment was remarkable — no human could make that large a fader adjustment so quickly and with such accuracy!” 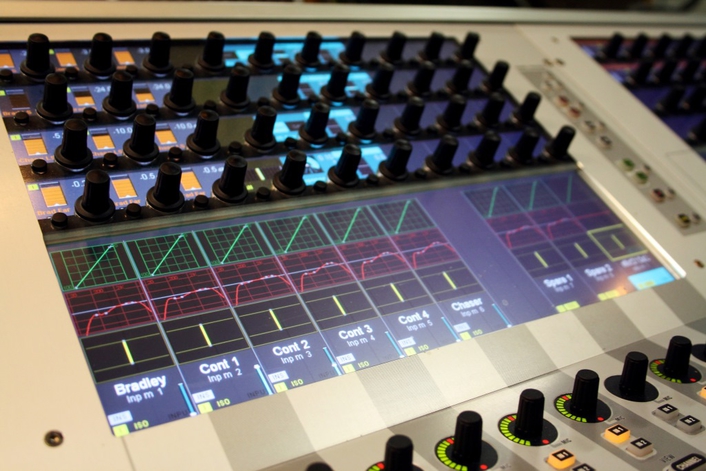 “It also allows a great reduction in the amount of background noise — a huge problem in studios these days — by effectively only having the mics of people talking open,” he confirmed. “It allows quicker than human reactions when recording unrehearsed and ad lib sequences when the sound supervisor will have no idea who's going to talk next. The overall result is a better listening experience for the viewer and potentially a reduction in post production time by lessening the need for edits requiring noise reduction.”


Already long familiar with the Studer topography from working extensively on the Vista 5 and Vista 8 Adrian Harding-Jones mixes eight radio mics, three stereo channels of music playback/grams and two channels of VT on The Chase. A further 15 channel sends to VT allow sample accurate timing of all elements being recorded

Summing up, Adrian Harding-Jones notes that: “The Chase keeps all dialogue firmly in the centre of the stereo image,” and points to the ability to ‘weight’ the main presenter as being one of VistaMix’s main attributes. Explaining this, he says, “When everyone is talking, which often happens on lively panel shows, the weight control always allows the presenter to cut through the noise.

“I see this being a very useful tool in future and already have other projects I would be interested to start using VistaMix on.”

VistaMix is part of the new V4.9 Vista software, and is available as an upgrade for existing console owners, who should contact their Distributor for more information and system requirements.